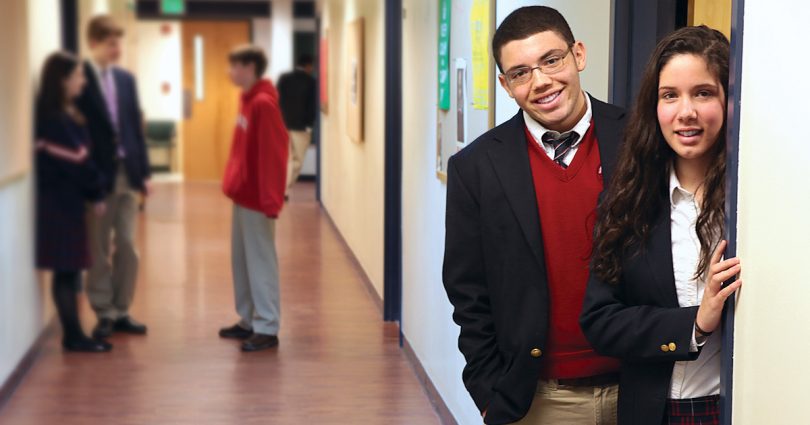 The culture of life,” as defined by soon-to-be beatified Pope John Paul II, is a culture that embraces the right to life of every human being, from the moment of creation through death. The culture of death, in contrast, looks to end the lives of human beings at every opportunity. The most vulnerable, those viewed as inconvenient and those viewed as less desirable, are its prime targets.

Thanks to the influence of “progressives,” much of contemporary culture has devolved into embracing paganism and atheism, which leads to violating the right to life, rejecting virtue and threatening the salvation of souls.

The resulting culture of death is pervasive. It is embraced by the elite in Washington, D.C., popular culture, Hollywood entertainment moguls who tirelessly bombard our culture with filth and by certain supposedly Christian religious denominations. We watch even some self-professed “Catholics” rationalize their support for intrinsic evils and deception in the public arena—without a hint of guilt or shame.

And we watch in horror as the world’s darling, Planned Parenthood, murders children by the minute in its death mills, and ceaselessly works to corrupt the hearts and minds of America’s youth with every form of perversion imaginable (see the article on Planned Parenthood in this issue), because the world has targeted our children. This is distressing and discouraging.

Well we have had enough. So, what do we do?

We know that our hope is in Christ. We know that, through the intercession of our Blessed Mother, all things are possible.

In 1999, when our oldest daughter was five years old, I asked the principal of her Catholic school, “What do we do for a Catholic education when she reaches high school?” The answer was that there are no Catholic high schools in our area. And in 2011, the closest one is still an hour away on a “good day” on heavily traveled Interstate 95. Through the grace of almighty God, thus began the journey toward establishing Saint Michael the Archangel High School in Fredericksburg, Virginia.

After several years of hard work, prayer, faith, trust in the Lord and His help in gathering an amazing group of people, this authentically Catholic coeducational high school was founded in 2004 and opened its doors in 2006 to 18 students. Today, we have 65 students in grades 9-12 and are growing rapidly each year. We are fully accredited and, at year’s end, will apply for the Diocese of Arlington’s recognition as an independent Catholic high school.

We began with a vision to protect our children from the indifference—and often outright hostility—toward Christ so rampant in our public schools, which is epitomized by their acceptance of the culture of death’s core beliefs. We also knew from the outset that we wanted not only to develop solidly Catholic college-preparatory studies, but that we wanted to make SMHS a school that explicitly inculcated the culture of life in its students, so that they, in turn, can build a culture of life in society at large.

We began moving from this general idea to a concrete, detailed plan when some of our faculty members met with Judie Brown, American Life League’s president, in the spring of 2008. Mrs. Brown proposed the creation of a Culture of Life Curriculum that would include a curriculum guide accompanied by teacher and student handbooks. Her vision was that this curriculum could be implemented at SMHS and eventually shared with other Catholic high schools. It was to be designed in complete fidelity to the magisterium of the Catholic Church.

We started to integrate culture of life teachings and activities into every facet of our teaching and campus life during the 2008-2009 academic year, through classroom instruction (especially religion courses), extracurricular activities and professional development/education for the faculty. We also document and evaluate the effectiveness of all of our culture of life endeavors and, if necessary, refine them prior to inclusion in the final version of the curriculum guide.

Thus, at SMHS, in partnership with ALL, we have stepped out in faith to create the Culture of Life Curriculum, which is an awe-inspiring challenge. At the same time, with the aid of our patron, Saint Michael the Archangel, we are battling Satan and his culture of death head-on through prayer, reception of the sacraments, action and activism.

The mission of SMHS is to prepare each student to lead an exemplary Christian life through the development of his or her full academic, spiritual, moral, artistic and athletic potential. We are dedicated to building a culture of life by educating “warriors” who will engage the culture of death and stand firm in the truth—regardless of the cost.

The curriculum in action

Every subject taught at SMHS embraces the principles of Pope John Paul II’s encyclical Evangelium Vitae (The Gospel of Life). The following are just a few examples of the many ways in which SMHS has been teaching the culture of life in the classroom:

Students in English classes wrote letters to their elected representatives regarding legislation concerning the right to life and the conscience rights of health care providers.

In biology classes, lessons on cell biology were tied in with Dr. Paul Byrne’s presentation on “brain death” versus true death and organ removal.

Pre-calculus students completed a unit of studies on exponential functions that included models for population growth and decline. This was accompanied by a lesson on population controllers’ exploitation of such models to drum up support for contraception and abortion.

Students in religion classes examined the moral dimensions of events such as President Obama being invited to speak at the University of Notre Dame, and studied the encyclical Humanae Vitae and its impact.

We host a monthly speaker series, which brings to our campus leaders and experts who educate our students about various aspects of the battle to create a culture of life. Our speakers have included the above−mentioned Dr. Paul Byrne, neonatologist and former president of the Catholic Medical Association; Judie Brown, president of ALL; David Bereit, founder of 40 Days for Life; Jim Sedlak, founder of Stop Planned Parenthood International (STOPP); Dr. Dianne Irving, professor of the history of philosophy and medical ethics; and many others. The speakers’ influence has been profound. One of our ninth-grade students wrote recently, “I am moved by the sacrifices others are willing to make for the babies. I really want to help end abortion.”

Our students also put into practice what they learn about the culture of life in the classroom and from special presentations. They have participated in 40 Days for Life and Life Chain Sunday. We sent two buses filled with students to the March for Life in Washington, D.C. this year. Our senior boys helped distribute over 10,000 ALL signs at the march. Our students volunteer at Mary’s Shelter, a local home for unwed mothers who want to keep their babies. Our students have prayed outside of abortion mills. Our students participate in ALL’s National Pro-Life T-Shirt Week. Most importantly, our students bear witness to the truth through their daily interactions with each other and other youth they encounter.

We do not believe it is merely coincidental that a large percentage of our students are adopted and that our headmaster, William Lippe, and his wife have adopted their three young children. God has allowed something special at SMHS, in the way our staff, students and their families live out the culture of life.

When the development of the Culture of Life Curriculum is completed in 2013, it will be dedicated to the late Dr. Mildred Jefferson, pro-life pioneer and ALL board member (see Celebrate Life, January-February 2011). And we intend to make it available to every high school in America and the homeschooling community. We want to make a difference. We have had enough of the culture of death, and we are doing something about it!

These are exciting times for SMHS. God has provided miracles to help us establish and sustain it. If you would like to learn more about us, please visit www.saintmichaelhs.org or write to Saint Michael the Archangel High School, 6301 Campus Drive, Fredericksburg, VA 22407.

As a nonprofit organization and non-diocesan private Catholic school, SMHS depends largely on the generosity of benefactors and supporters. Our tuition covers a fraction of our costs, and our mission is driven by a desire to serve Christ, not dollars. If you would like to make a donation, you may do so on our web site or by sending donations to the above−mentioned address. We are committed to working tirelessly to fulfill our mission and serve our Lord, and we ask that you remember us in your prayers.

Other key facts about Saint Michael the Archangel High School

Graduates: SMHS graduates have been accepted by a number of respected colleges and universities in Virginia and out of state. Others have enlisted in the U.S. Air Force, U.S. Army and U.S. Marine Corps. As of December 2010, members of the class of 2011 had been offered scholarships totaling over $500,000.

Hugh R. Brown is the vice president of American Life League. He is also a cofounder of St. Michael the Archangel Catholic High School in Fredericksburg, Virginia, and currently serves as chairman of the school’s board. Hugh works tirelessly to help create a culture of life where every person—born and preborn—is valued and respected.