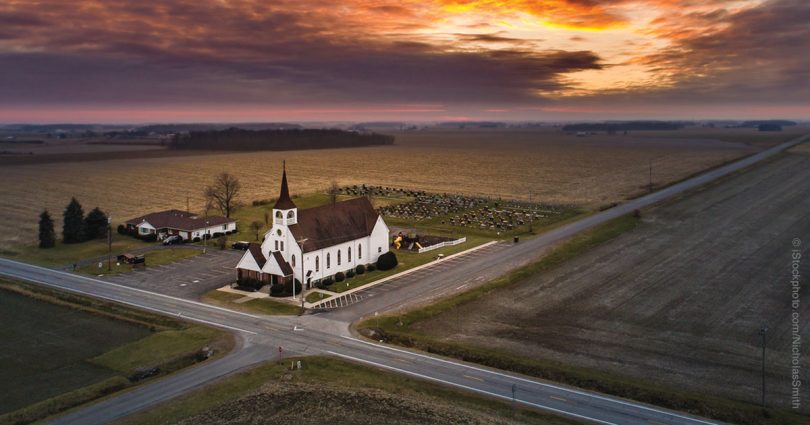 Being advanced in years allows me to contrast the world I knew growing up with the culture of today. To some extent, many things never change. When I was young, I liked my music loud. My poison of choice included Deep Purple, Led Zeppelin, and others, and I probably got enjoyment out of rattling the neighbors’ windows as I cruised down the street in my ‘63 Pontiac Catalina. Sound familiar?

Each generation also has its own means of expressing its members’ individuality. When I was a teen in the 1970s, it was long hair and shabby clothing. Today, that’s been replaced with tattoos and hair that spans all the colors of the rainbow.

But while there are many commonalities in those two worlds, our way of life has evolved over the decades. For example, I remember when kids used to ride their bikes without helmets. We did so without fear of serious injury or death. If we fell, we hoped it wasn’t on our heads, and we got up, dusted ourselves off, and got back on our bikes.

I recall a time when you had to get up out of your seat to change the channel on the TV, and I don’t believe those of us who did that felt like it was an inconvenience. In addition, I vaguely remember when the only way to call someone when you were walking down a street was from a phone booth. Of course, that was when phones were actually used for talking.

My kids (ages 34 and 30) tell me our planet has evolved, and thanks to technology, the world is different. And better. While I disagree with them on the latter point, I will admit that I have taken advantage of some of the breakthroughs in science, but it occurs to me that making life easier doesn’t always make things better.

Our ever-evolving culture has changed our value system and even the things that give us pleasure. A generation ago, the raciest thing we saw on television was Ward Cleaver giving his onscreen wife a peck on the cheek during a Leave It to Beaver episode. I have a vague recollection of when sexual aids were not advertised in commercials. And there was a time when Americans would have been appalled at the idea of a television series focused entirely on troubled marriages and the real-life heartbreak those individuals endure.

What would have shocked our fathers and their fathers before has become a new norm. Let’s look at some of the symptoms that suggest we may have stepped in a different direction, away from the One who created us:

Deviation has been normalized to a point where we are numb to it. And in some cases, we have accepted it as the new “truth.” In short, we have become a relativist society, picking and choosing those elements of religion that fit our own personal value system. Too often, we have rationalized as acceptable those things that we are comfortable with and discarded the principles and concepts that may “cramp our lifestyles.” The basic laws and tenets instilled in us by our Savior have been bent and broken, often in the name of tolerance and political sensitivity. The most important concept Jesus taught us was “You shall love the Lord your God with all your heart and all your soul” (Matthew 22:37, RSV), and it seems to have been forgotten.

I look at the world today and I see us at a critical moral crossroads. We have an opportunity to recommit to the One who created us. But as we lift ourselves from the ashes of a global pandemic, we’re paralyzed and entangled by the violence and dissension that flood our cities. We are two warring countries within one. Liberals and conservatives, black and white, red states and blue.

But beyond the rhetoric and passion that drifts in the air around us, something is notably missing. What isn’t heard is a cry out for God and His mercy. I believe for the world to make a paradigm shift from the trajectory it has taken, we must recommit ourselves to the truth. That commitment takes us back to the principles and laws that were taught so many years ago. It’s a commitment to the One who saved us all. Jesus stated it all very clearly: “I am the light of the world. Whoever follows Me will never walk in darkness” (John 8:12, RSV).

I wonder what God thinks as He looks down upon His children, amid the turmoil and pain. Do tears well in His warm, expressive eyes as He watches us stepping away from Him, seeking fulfillment through other things? Are we really like the Romans in the first century who sat in the Colosseum gaining pleasure from watching the agony of those being sacrificed? Or are we better than that? What I see in the world today sometimes saddens me because I can also remember how things used to be. But I also believe our choices of the past need not define who we are or who we are capable of becoming. God may not appear to be present at tumultuous times like these, but He has always been there for us—waiting.

Yes, we are indeed at a crossroads. What happens next is up to us and the One who created us.

Bob Blundell is a freelance writer and converted Catholic living in the Houston area. He has had previous work published in magazines such as Liguorian, Crosscurrents, The Bible Advocate, and The Living Pulpit.