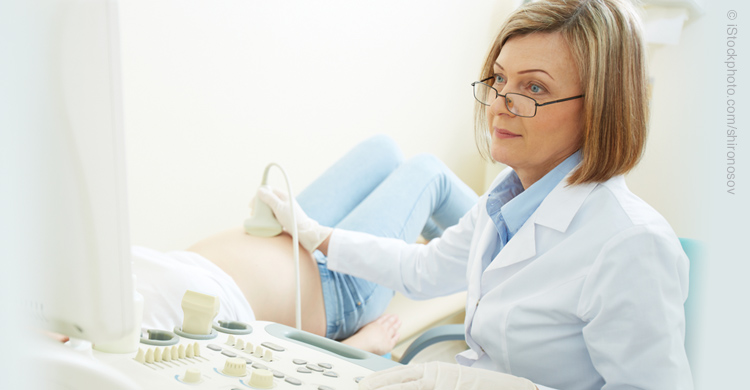 “Oh, I agree with you that abortion’s a bad thing,” the cigarette-puffing young man insisted across the Planned Parenthood fence.

“But the abortion is necessary to save the mother’s life.”

Nothing stumps a pro-lifer quicker than this. If killing the preborn baby is necessary to save the mother’s life—it is argued—then the abortive remedy is unfortunate and regretful, but not murder.

The scenario that seduces most pro-lifers to succumb to this fallacious argument is ectopic pregnancy. But what if it is not necessary to kill the ectopically implanted baby to save the mother’s life? What if the mother and the baby can both be saved?

The National Health Service webpage dedicated to ectopic pregnancy information states, “The baby cannot be saved in an ectopic pregnancy.”1  Almost all medical groups and government medical bureaucracies echo this malicious falsehood. This lie is parroted as if it were fact in medical schools, residencies, and hospitals across the nation. No, across the world.

Why do we consider those who justify abortion in almost any circumstance to be honest and objective when it comes to any abortion-related fact? How naïve we are to assume murderers and their supporters are honest.

The standard of care for ectopical pregnancies is “expectant management,” or watchful waiting, since half of the embryos who implant in their mother’s fallopian tubes perish on their own without medical intervention, and are reabsorbed. Nevertheless, in my experience, doctors are often stricter than this standard of care, aggressively intervening in ectopic pregnancies to kill the baby when, in reality, it is not necessary to kill the baby to save the mother’s life.

Furthermore, a simple Google search reveals dozens of cases where babies survived ectopic implantations. For example, a study by two obstetricians, Drs. Hellman and Simon, published details on 316 ectopic pregnancies that resulted in live births between 1809 and 1935.  This older study reports half of these children only survived their first week of life, but it must be noted that these births occurred long before the development of life-saving neonatal ICU practices. A more current example of an ectopic pregnancy survivor can be found in the video documentary Pro-Life Without Exception, in which Thomas Smith, who was ectopically implanted in his mother’s fallopian tube, tells the story of his mother’s heroism and his own survival.3 An ectopic pregnancy is not a death sentence for the baby.

If the tubal-implanted baby does not die, is methotrexate abortion or surgical excision necessary to save the mother’s life? Pro-life groups rarely challenge this dubious assertion. The mother can be saved without sacrificing the baby.

As far back as 1917, a procedure was successfully performed transplanting the tubal-implanted embryo into the uterus. This life-saving procedure was first reported in the Harvard medical journal Surgery, Gynecology and Obstetrics and as recently as 1980 in the American Journal of Obstetrics and Gynecology. In 1994, British professor Dr. J. G. Grudzinskas authored a paper published in the British Journal of Obstetrics and Gynecology entitled, “Relocation of ectopic pregnancy to the uterine cavity: a dream or reality?” wherein he discusses recent attempts to transplant the ectopically-implanted human embryo into the mother’s uterus.

The question on my mind is, “Where are the American physicians who are even attempting to save the lives of these ectopically implanted children?”
What if the fallopian tube ruptures, and the mother is hemorrhaging internally? Is it justifiable to abort the baby in this scenario? If the mother is hemorrhaging internally, the baby has overgrown his blood supply and likely has already deceased. Even so, the removal of the embryo – whether dead or alive – is not necessary to save the mother’s life. The medical literature documents “autotransfusion” as a life-saving therapy for the mother with a ruptured tubal ectopic pregnancy, and this does not intentionally sacrifice the baby. Autotransfusion involves suctioning the hemorrhaged blood from the woman’s pelvis, filtering it, and re-inserting it back into her via IV access. Autotransfusion has a success rate of saving the mother’s life even greater than the most commonly employed abortive method!

Why so quick to kill?

Doubtless, one of the reasons there aren’t more cases of ectopic pregnancies surviving is because of the medical community’s haste to kill. I suspect that haste is motivated less by the desire to save the mother’s life and more to protect the physician. I had a Christian patient who was devastated when her obstetrician informed her that she had a tubal ectopic pregnancy that would require the immediate administration of methotrexate to save her life. She mourned what the obstetrician considered the inevitable loss of her child, and reluctantly succumbed to his persuasion. Weeks later, the patient was still bleeding heavily and the doctor ordered an ultrasound only to discover that she had a heterotopic pregnancy; in other words, she was pregnant with twins, one in the fallopian tube and one in the uterus. The one in the fallopian tube was dead, and the one in the uterus was dying. The doctor missed the baby in the uterus.

The medical literature confirms that misdiagnosing ectopic pregnancy is quite common, and even if the diagnosis is accurate, there is much evidence that the tubal-implanted embryo can naturally detach and reattach in a safer location. For example, a 1982 article by Dr. J. F. Clark entitled “Embryo Transfer In Vivo”4 demonstrated that, in a tubal pregnancy, the rupture of the fallopian tube does not kill the preborn child. In many cases, the child will detach from the ruptured tube on his own and reattach on another surface in the pelvis or abdominal cavity. This has made it possible for a significant number of tubal pregnancies to result in live births.5 Natalie Whitefox offers a recent example of such reattachment leading to live birth. Natalie’s case is of particular interest as the reattachment and live births were of twins.

Why, then, would this obstetrician give this Christian patient advice so much more aggressive than the accepted standard of care? Why was the doctor so quick to kill? Although his disregard for the baby’s right to life was a foundational error, I suspect he ultimately desired to avoid litigation. If the woman hemorrhages and suffers or dies in the process of expectant management, the doctor could be blamed for not intervening more aggressively and quickly. Doctors are sued all the time and lose before a jury, even if they follow the standard of care. This doctor knew that, if he were as aggressive as possible, and if the woman accepted his abortive remedy, his chance of losing a lawsuit was slim. So, the baby was sacrificed to protect the doctor.

I sense a conspiracy afoot. If the “father of lies” and a complicit medical community can convince God’s people that His Word is an insufficient standard for morality and justice, and sometimes, it is indeed necessary to kill an innocent child intentionally for the greater good, then we have been co-opted into the enemy’s camp. Thus emasculated, the body of Christ, the salt of the earth, has lost the last of its savor. “When you spread out your hands in prayer, I hide My eyes from you,” said God through Isaiah. “Even when you offer many prayers, I am not listening. Your hands are full of blood!” (Isaiah 1:15). If there’s one thing God’s Word teaches us about innocent blood-guilt, it is that God’s people will never conquer their Promised Land with it.

God’s Word, our sure foundation

Let us be confident in our commitment to God’s Word as the foundation for morality and justice, and not be seduced into straying from this sure foundation by medical scenarios awash in deceit. “Thou shalt not kill” can withstand the scrutiny of the skeptics. God created human beings in His image, and no one may intentionally kill another innocent person without incurring His wrath – wrath which only repentance and/or justice can quench.

Let us pray that more American physicians will respect the right to life of all preborn children, and provide these life-saving alternatives to their patients.

Dr. Patrick Johnston is a family practice physician from Dresden, Ohio, and the father of nine home-educated, home-birthed children. Their tenth child is due in January of 2016. He is the director of the Association of Pro-Life Physicians (ProLifePhysicians.org) and Personhood Ohio (PersonhoodOhio.com). He is the author of nine novels, including The Revolt of 2020 and Naomi’s Sacrifice. His family ministry website is JohnstonFamilyMinistry.com.