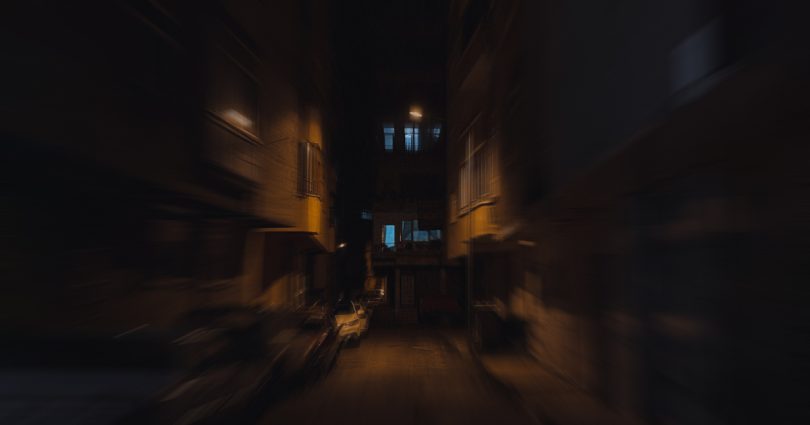 I’m tormented by a recurring nightmare. I’m running down a darkened street pursued by an unidentifiable, evil presence. Ominously ambiguous phrases like, If it feels good, do it, We’re both right, Let’s agree to disagree, and We just look at the situation differently ring out behind me. My breathing and pulse grow erratic, I have no sense of direction, and I lose the ability to reason, judge the morality of actions and make decisions. I feel my cognitive functions literally fading away. I turn a corner, lose my footing and the pursuer over takes me. The evil presence materializes—not into some toothy, scaly creature from Greek mythology—but, rather, into a mob of youthful, well-dressed, seemingly educated people with good haircuts. They descend upon me, and in a frenzied moment of emotional outpouring, non-judgementalism and new-age bonding, I become the next victim of MoRe.

Currently away and semi-functioning, I draw little consolation from the fact the MoRe isn’t just an image conjured up in my dormant escapades. It’s a philosophy better known as Moral Relativism, and our society (especially young people) is falling for it hook, line and sinker.

In The Elements of Moral Philosophy, (New York, Random House, 1986) James Rachels defines moral relativism as the theory that “there is no such thing as universal truth in ethics; there are only the various cultural codes, and nothing more.”

Translation: There are no definite right or wrong answers or actions. Everything falls into the gray area between moral and immoral, good and bad, right and wrong, based on the situation, your culture, the people involved, how they feel at the time, what influences you’ve had in your life, weather, day of the week, alignment of the planets, etc.

Let’s apply this reasoning to some familiar situations:

Slavery—Some people thought it was okay to have slaves. By MoRe’s standards, they’re entitled to their opinion. Who are we to say that slavery is right or wrong? Maybe they had a good reason at the time. Maybe they felt slaves weren’t persons and hand not rights—including liberty.

The Holocaust—Hitler and his pals thought it was okay to kill Jews. Maybe he was really upset. Maybe the Jewish boy down the block beat him up when he was little and Adolph was scarred for life. Maybe, just maybe, Hitler didn’t think the Jews were persons, so we can’t really call it murder.

Abortion—Abortion should be legal because it’s all about the right to privacy, isn’t it? We shouldn’t intrude. Maybe there’s a really good reason to kill that little child. Maybe, just maybe, everyone should decide for himself or herself when life begins. If they don’t believe that a child in the womb is a person, then abortion is okay. After all, they’re entitled to their opinion and their “choice.”

My head’s pounding from trying to follow the reasoning in a philosophy that is, by it’s very nature, absent of logic. Let’s forget the first definition. A better way to describe moral relativism is moral apathy—the absence of truth, interest, emotion, felling or concern in regard to morals. It’s feeling blah about right or wrong–too lazy or uninterested to make a decision. People don’t accept MoRe because they’re open-minded, enlightened or tolerant. People accept MoRe because it’s easy! With MoRe, you get to spend less time thinking about moral issues. You don’t have to take a stand. Any action or way of “thinking” can be rationalized.

And such “thinking” puts Generations X and Y right where liberal Baby Boomers want us—too brain-washed to recognize and fight moral apathy and neutrality. Young people still find themselves enslaved by the mentalities of individuals who claim to “care” about the younger generations, but demonstrate, through their actions and words, a far different and ultimately destructive agenda—refusing, perhaps out of guilt, to challenge us to rise above the moral degeneration and disrespect for life that we’ve been spoon-fed by the apathetic moral relativist that preceded us. We’ve been taught that abortion is an acceptable solution if the child creates an “undue burden.” We’ve been inundated with sex education—its proponents apparently oblivious to the fact that humans were able to figure out the simple act of procreation long before overhead slides and videos were available.

The problem is that most young people aren’t sure whom to what to believe and wouldn’t know objective truth if it hit them in the head. The lines between right and wrong have been stealthily blurred; everything’s excusable; it’s acceptable to compromise; sex outside of marriage is okay and “safe”; exceptions to life exist; you can buy or kill your way out of any situation; there’s no such thing as evil; everybody’s right ‘cause nobody’s wrong.

Consequently, society and its prospective endeavors teeter perilously on the brink of moral neutrality—the imminence of falling headlong into the cleverly concealed abyss fatally ignored. The ancient warrior Sun Tzu once noted that a soldier on the field of battle who is unable or unwilling to clearly identify his enemies and respect their capabilities will lose the fight. How contextually difficult the battle becomes when your opponent robes himself in patronizing, compromising neutrality, while you sit in blissful ignorance.

The burden of education and discipline then falls upon each of us. We have to shout from the rooftops that there is a universal truth, there are universal morals and there is right and wrong (the Ten Commandments are a good place to start if you’re looking for a timeless guide). Responses like We’re both right, Let’s agree to disagree, or We just look at the situation differently don’t cut it if we’re truly concerned about the protection of human life and the welfare of other people. We can’t ignore the truth. We can’t bend it to fit our preferences. And we can’t be afraid to stand up for it.

Sure, I’m a little younger—somewhat of a neophyte cynic—a member of the perpetually “misunderstood” and seemingly disinterested Generation X whose existence is more often defined in the media by who we are notrather than by who we are. But many of us see the truth as clear as day—we just need some reinforcement and example. We want the whole, objective truth—not feel-good excuses that leave us easy prey for anti-life, anti-chastity, anti-truth organization and agendas. We want a no-exceptions adherence to our most foundational of principles—the uniform application of personhood from the moment of creation on. We want leadership by example, genuine concern for our physical and mental well-being, unfettered opposition to abortion, sex education, birth control, euthanasia, etc. We want heroes who say what they mean and mean what they say.

Andrew Daub is the former director of training and education for American Life League.