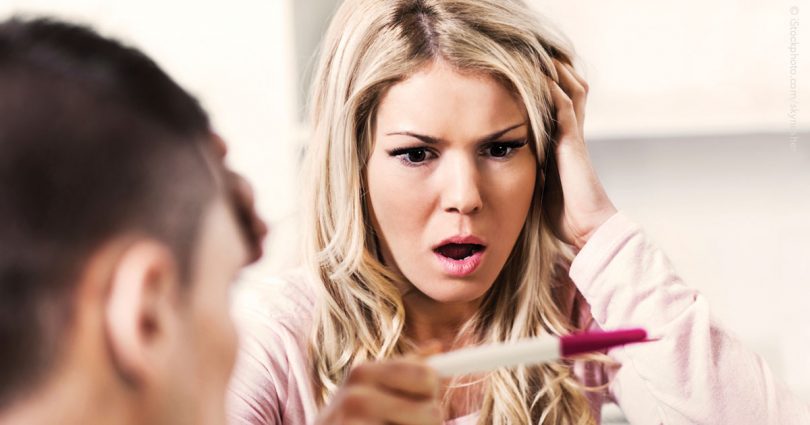 Jennifer Fulwiler, former atheist turned Catholic, wrote the following in a January 23, 2013, National Catholic Register blog post (“Why My Support for Abortion Was Based on Love . . . and Lies”):

Sex could not have been more disconnected from the concept of creating life. The message I’d heard loud and clear was that the purpose of sex was for pleasure and bonding, that its potential for creating life was purely tangential, almost to the point of being forgotten about altogether. This mindset laid the foundation of my views on abortion. Because I saw sex as being closed to the possibility [of] life by default, I thought of pregnancies that weren’t planned as akin to being struck by lightning while walking down the street: Something totally unpredictable, undeserved, that happened to people living normal lives.

This sentence struck me like lightning: “Because I saw sex as being closed to the possibility of life by default, I thought of pregnancies that weren’t planned as akin to being struck by lightning while walking down the street.” I had struggled with unanswered questions for decades. But after reading her words, three things became very clear to me:

1. Planned Parenthood’s persistent, early sex education—where almost anything goes as long as we protect ourselves from the blight of babies—has warped the understanding of the very meaning and purpose of human sexuality for an entire generation and for our society. Sex, which by nature is life-giving, is now seen as closed to the possibility of life by default.

2. The abortion giant’s constant manipulation of the very purpose and meaning of human sexuality has so twisted our society that it literally laid the groundwork for today’s abortion holocaust.

3. Many women freely decide to have their own children killed because the sterile sex culture created by Planned Parenthood and its cohorts has completely permeated the minds, hearts, and souls of a large portion of the younger generation.

Fulwiler continued: “Babies had become the enemy because of their tendencies to pop up out of the blue and ruin everything, and just as societies are tempted to dehumanize the fellow human beings who are on the other side of the lines in wartime, so had I, and we as a society, dehumanized the enemy of sex.”

It’s easy to see how young, malleable minds receive the unspoken message that babies are the enemy of sex and sexual pleasure is our most basic human right, when they are deprived of education on the truth and meaning of human sexuality, and so bombarded by Planned Parenthood, its cohorts, and a society that has bought into its lies.

A recipe for deception

By sharing “four key memories that give a glimpse into how [her] understanding of human sexuality was formed,” Fulwiler further explained how she arrived at this mindset. Here’s the first:

When I was a kid, I didn’t have any friends who had baby brothers or sisters in their households. To the extent that I ever heard any neighborhood parents talk about pregnancy and babies, it was to say that they were happy that they were “done.” Kids seemed like an optional add-on that a couple may or may not choose to add to their marriage, as long as they deemed that caring for offspring wouldn’t ruin their ability to have fun together—which was, as far as I could tell, the main purpose of marriage.

I never remember hearing this kind of talk while I was growing up, but today it’s rampant. If a young child or baby entered a room, all the women and young girls clamored for the chance to love on that little one. I once worked in a law office where many secretaries were dutifully  typing documents at the speed of light. But when a small child entered the room, the charge to the baby ensued. That seldom happens today. Mothers with small children are often shunned in public places, and others frequently move away quickly.

Whenever I engage in chitchat in a store or doctor’s office, someone old enough to be a grandmother tells me she’s glad she’s done with children, and/or she has told her children not to have any grandkids for her. She doesn’t need them. Planned Parenthood’s misinformation campaign, which went unchallenged for decades, has done untold damage to our society.

In sex ed class we learned not that sex creates babies, but that unprotected sex creates babies. After we were done putting condoms on bananas, our teacher counseled us that we should carefully decide when we might be ready to have sex, based on important concerns like whether or not we were in committed relationships, whether or not we had access to contraception, how our girlfriends or boyfriends treated us, whether we wanted to wait until marriage, etc. I do not recall hearing readiness to have a baby being part of a single discussion about deciding when to have sex. Not one.

On multiple occasions when I was a young teen, I heard girls my age make the comment that they would readily risk dangerous back-alley abortions or even consider suicide if they were to face unplanned pregnancies and abortion wasn’t legal. Though I was not sexually active, it sounded perfectly reasonable to me: That is how much we desired not to have babies before we were ready. Yet the concept of just not having sex if we weren’t ready to have babies was never discussed. It’s not that we had considered the idea and rejected it; it simply never occurred to us.

To these young women, sex before marriage was something they were entitled to do when they were “ready,” without regard for the children they might conceive. This is where Planned Parenthood’s “responsible” sex leads: directly to the abortion chamber.

Fulwiler’s last key memory of how she came to view sex as disconnected from children is perhaps the most shocking. And it’s certainly an indictment of stifling the Catholic Church’s beautiful teaching on human sexuality, as Catholic marriage preparation programs often use materials inconsistent with Church teaching:

Even as recently as 2006, before our marriage was validated in the Catholic Church, my husband and I had to take a course about building good marriages. It was a video series by a nondenominational Christian group, and in the segment called “Good Sex,” they did not mention children or babies once. In all the talk about bonding and back rubs and intimacy and the importance of staying in shape, the closest they came to connecting sex to new life was to say quickly that couples should discuss the topic of contraception.

The consequences of deception

There’s no doubt—and embryology texts have taught for decades—that a person is a human being  from the very beginning of biological development. Abortion is barbaric! It’s the brutal killing of innocent human beings who deserve protection under the law.

I’m reminded of another recent article I read, written by a radically pro-abortion author who admitted that abortion is the taking of innocent human life. It’s disingenuous, she said, to pretend we don’t know that abortion kills a human being. We are sacrificing lives, she said. But they are lives “worth sacrificing.” Sacrifice for what? She didn’t say. But it’s clearly implied that children’s lives are worth sacrificing because of a woman’s “right” to have sex and be unencumbered by children.*

How can we possibly have reached the point of sanctioning the brutal killing of preborn children as a woman’s right? How can we say that human lives are worth sacrificing because of someone else’s speculation about what the future may hold? Fulwiler’s summary of her formation in human sexuality provides startlingly clear answers to these defining questions.

The culture won’t be converted until we stop government-funded, Planned Parenthood-sanctioned “comprehensive, evidence-based” sex education. We must stop it because it distorts the very meaning and purpose of human sexuality, feeding a continuous stream of new adherents into Planned Parenthood’s court, only to be brainwashed to believe that babies are the enemy and can be disposed of as garbage.

American Life League is the only national organization meeting this challenge by working one-on-one with concerned parents and community leaders nationwide to halt Planned Parenthood’s sex education programs in schools and communities.

A recent example of our success occurred in Houston, Texas. We received a plea for help just before the last school year started, and because we were able to react quickly, children in 17 middle schools in the Cypress-Fairbanks Independent School District were spared from exposure to a graphic Planned Parenthood sex education program.

It’s time to realize that we have to begin at the beginning. If we really want to win the battle to legally protect all members of the human family, we must first address man’s current attitude toward sexuality, which holds sterility—not fertility—as the goal.