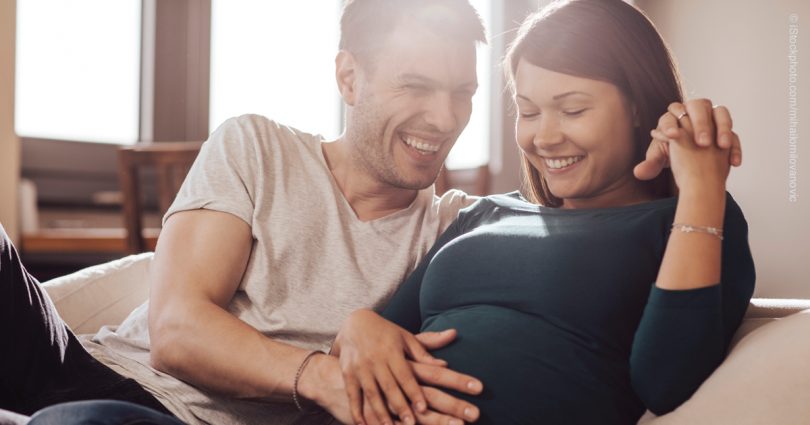 Editor’s Note: “The War on Parents and Humanae Vitae: A Family Doctor’s View from the Trenches” was delivered at the Pontifical University of St. Thomas Aquinas, Rome, on October 28, 2017, for Voice of the Family’s “Humanae Vitae at 50: Setting the Context” conference. The talk was published online on November 4, 2017 (bit.ly/VF-WPHV). What follows is a condensed and lightly edited version printed with permission from Voice of the Family.

From the early 70s, it had become evident to me as a family doctor—from speaking to many young girls—that they were being indoctrinated into early contraceptive sex.

In 1975, we gave a pregnant fifteen-year-old Catholic girl a home. My wife, also a doctor, spoke to the girl at length in an effort to identify her experience of this indoctrination. It came from teenage magazines and sex education, often emanating from the Family Planning Association under its many masks.

I turned for help for these young Catholics to the priest with the diocesan responsibility for youth. He promised he would consult the bishop and get back to me. Having heard nothing, I phoned him. He asked dismissively, “Are you surprised at immorality amongst young people?” I replied that this was not immorality but rather an orchestrated massacre. He did not care. Nor did others I consulted. That was 40 years ago. Something had to be done.

I approached our Anglican vicar, an Anglican headmaster, and an Anglican nurse. They were horrified at the plight of young Catholics. We decided to write a pamphlet on the sexual pressures on young people. In classical English tradition, we became pamphleteers!

Providentially, our little group contacted a Mrs. Valerie Riches, the secretary of an academic think tank studying the agencies promoting the sexualization of young people. She told us of her investigations into the vast network of national and international agencies, ideological, commercial, and political, working together to promote this sexualization and its necessary prerequisite, the removal of parent’s rights.

To learn that the worldwide assault on young people on an industrial scale was fully calculated caused us as parents of two little girls many sleepless nights. Valerie organized a press conference at which the Queen’s gynecologist press-released our pamphlet. Our mouse had roared!

In 1973, the State, under the influence of the birth control lobby, provided contraception to all, irrespective of age. A year later, the government enforced this in a legal Memorandum of Guidance which forbade doctors from telling parents when a child of whatever age asked for contraceptives and subsequently abortion.

We fine-tuned our resistance, targeting this Memorandum. With the support of millions of parents, we fought a campaign, achieving huge media coverage. It involved the Queen, the Prime-minister, and leaders of major religions. Whilst many priests individually gave us support, the dominant section of the English Catholic Establishment episcopal, lay and medical, were unsupportive.

We opposed the Medical Defense Union, which legally underpinned the Memorandum. We opposed our local Area Health Authority which was putting the Memorandum into effect. When the democratically elected local Community Health Council seemed sympathetic to parents, it was subjected to threats from the Family Planning Association.

When local action failed, we went to law. In what was to become the most important socio-legal case of the 80s, a heroic Catholic mother of 10, Mrs. Victoria Gillick sought a legal ruling declaring the Memorandum unlawful. In 1983, in the High Court, she lost.

Just prior to her then going to the Court of Appeal in 1984, I mobilized over 2,000 doctors, including some of the most eminent in the land. With huge media coverage, we rebelled against the General Medical Council’s similar diktat that doctors might speak to parents on any health matters without the child’s permission—any, that is, except contraception and abortion.

In the Court of Appeal, Victoria Gillick won, and for the following 10 months, doctors were prohibited from providing contraceptives or abortion to underage girls without parental knowledge or consent. During these 10 months, the attendance at contraceptive clinics fell dramatically, along with abortion and illegitimacy figures.

But sadly, in 1985, the government appealed against the judgement to the House of Lords and the hugely courageous Mrs. Gillick lost.

After the Law Lord’s ruling, a number of us concluded that if the choice were between civil rights and the survival of Catholic families, we must choose survival.

So, we started the National Association of Catholic Families, a living catechesis of Familiaris Consortio and Humanae Vitae based on mutual support of families for families. It has been blessed. Families have become Catholics, others have returned to the Faith, yet others have found their Catholic identity. There has been a considerable number of vocations to the priesthood and religious life. We have many large happy families who trust in God. Our association has spread to Australia, Ireland, and Albania.

In 2012, we undertook the English and Scottish leg of the “From Ocean to Ocean” pilgrimage of the icon of Our Lady of Częstochowa from Vladivostok to Fatima. Our Lady filled five cathedrals and people heard Catholic moral teaching for the first time in decades.

The great majority of our young people keep the faith. However, it had become tragically clear to us as Catholic parents that many clergy who had given up on the evil of contraception in general had then given up on contraception for children. Many clergy had accepted the replacement of parents by the State.

But Paul VI in Humanae Vitae had warned them that it was evil to make it easy for young people to break the moral law, specifically warning of State control: “Who will blame a government which in its attempt to resolve the problems affecting an entire country [teenage pregnancy] resorts to the same measures as are regarded as lawful by married people . . . ” (Humanae Vitae, 17).

How we got here

I spoke to Father Paul Marx, founder of Human Life International. He told me that the delay over the publication of Humanae Vitae had been rapidly ended in 1968 when four theologians convinced Pope Paul VI that the oral contraceptive had an abortifacient mode of action.

But we as medical students knew this from lectures in the early sixties. By 1935, Pincus, the Pill’s inventor, believed that oral progesterone had possible effects on implantation. Indeed, the interruption of pregnancy by administration of estrogen was first reported in 1926.

Accompanied by two eminent medical colleagues, I spoke to the then-bishop for the family, asking him for help for our young people. Each doctor wept on realizing the bishop already knew a great deal about the attack on the family and was not interested. I pointed to the copper on the end of an intrauterine contraceptive device, which I had brought for the purpose of saying that this abortifacient kills human beings. Again, no interest.

I then consulted the editor of L’Osservatore Romano, Fr. Lambert Greenan. He told me that, in 1968, Cardinal Patrick O’Boyle, Archbishop of Washington, disciplined a number of his priests who had publicly dissented from the encyclical Humanae Vitae. The case went to Rome. The Congregation for the Clergy decreed that if these priests accepted that Humanae Vitae was the teaching of the Church and also accepted Father Greenan’s statement that conscience must always be followed, then the cardinal must welcome them back. There was no urging that conscience be formed in the light of Church teaching.

Later, Cardinal O’Connor of New York commented that ‘Conscience’ had previously taken to refer to the Ten Commandments but was now taken to mean “what you will.” This watershed case was pivotal in the collapse of episcopal defense of Humanae Vitae. And Rome knew of the Pill’s abortifacient mode of action!

I sought the advice of a fine Scottish parish priest. He told me that, in 1969, his diocese had instructed priests not to ask a penitent about contraception in confession, and on a later occasion that, if the penitent did mention contraception, he or she was to be told neither to mention it again nor to seek the advice of another confessor.

In 1984, still seeking support for parents, I spoke to Cardinal Eduard Gagnon of the Pontifical Council for the Family. He told me that, on the very day the Charter of the Rights of the Family was to go to press, the section on the parent as the primary educator had been removed, and that the section stating that aid to Third World countries must not be contingent on population control had been removed by “IPPF’s friends in the Vatican.”

He immediately informed Pope John Paul II, who ordered that they be restored.

In Amoris Laetitia (March 2016), Chapter 1, Pope Francis in a general sense supports the Primary Right of Parents as educators saying that “it is essential, inalienable, indeclinable, most serious duty which parents are called to defend.”

However, a hundred pages later, on sex education, where it really counts, he gives the clarion call “Sì alla educazione sessuale” in the Italian edition, restrainedly translated into English as “The Need for Sex Education.” But on the “great and urgent need” to defend the rights of parents as primary educators, silence! And on chastity—silence. However, in 2014, he did speak of this virtue in the European Parliament: “Keeping democracy alive in Europe requires avoiding the many globalizing tendencies to dilute reality: namely, angelic forms of purity, dictatorships of relativism . . .” (bit.ly/PF-AEP-2014).

What do you, a Catholic parent who wishes to withdraw a reluctant child from sex classes do, when the child tells you the teacher says that the pope wants me to have sex education?

In July 2016, the Pontifical Council for the Family released The Meeting Point, the Vatican’s new sexual education program prepared under the leadership of Archbishop Paglia. My distinguished colleague, Dr. Richard Fitzgibbons, states that this program is the most dangerous threat to Catholic youth that he has seen over the past 40 years. He describes it as sexual abuse of Catholic adolescents worldwide. On the primary educator in the Meeting Point, silence.

One year later, the Vatican hosted a workshop on using children in schools to promote the Sustainable Development Goals, which include compulsory sex education and the universal provision of contraception and abortion. On this occasion, the silence on parents was finally broken. The briefing paper for this workshop warned against the opposition of religious parents.

The removal of parents’ rights as primary educators started with contraception and its indoctrination in sex education. It has now metastasized to include underage abortion, general medical services, school homosexual and gender theory indoctrination, and in Germany, even imprisonment of parents who have exercised their primary right as educators.

But the teaching of the Church is that: “Sex education, which is a basic right and duty of parents, must always be carried out under their attentive guidance, whether at home or in educational centers chosen and controlled by them. In this regard, the Church reaffirms the law of subsidiarity, which the school is bound to observe when it cooperates in sex education . . . ” (Familiaris Consortio, 37).

With Amoris Laetitia and the sinister possibility of a revision of Humanae Vitae, these questions must now be asked:

Where will our children hide?

Thomas Ward, MD, is the president of the National Association of Catholic Families.