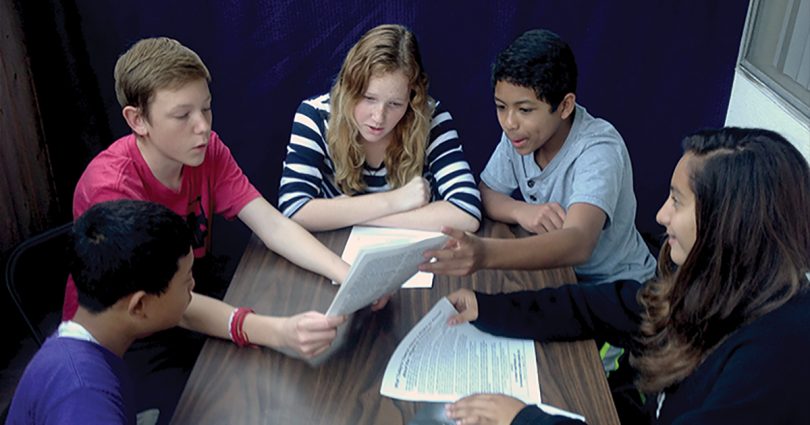 That was former abortionist Dr. Anthony Levatino’s way of getting the conversation off to a fast start at one of our Celebrate Life seminars for teens, run by the Movement for a Better America in cooperation with area churches. Half a dozen courageous teenagers promptly raised their hands to signify their views, and we were off and running on a lively three-hour seminar.

It was an unorthodox way to kick off a pro-life seminar for young people, but it sure got everyone’s attention. Our objective was to find more effective ways to reach today’s teens long before they have to face the challenges that confront them as they move into young adulthood.

There were urgent reasons for this approach. Our research indicated that 88 percent of all abortions occur before young people reach age 35 and 50% happen by age 24. These facts are the foundation of Planned Parenthood’s pro-abortion propaganda. If we in the pro-life movement can’t reach teens with pro-life messages before Planned Parenthood engages them, we’ve already conceded defeat.

We also learned from pro-life pregnancy centers on college campuses that half of the female students who have abortions come from religious homes, and 90% of the time, their parents never even hear about it. That shocking fact only increased our sense of urgency. We asked ourselves, “Why aren’t we winning this battle for the hearts and minds of young people?”

It’s not that today’s teens are unexposed to religious teaching. Most learn their values from their parents. Nearly all of the teens who attended our seminars had already received years of religious education. Most were preparing to receive the sacrament of confirmation. The problem is that far too many were getting no more than a superficial grasp of the most critical moral and spiritual problem of our time.

It wasn’t a pretty picture. The teens’ pre-seminar discussions revealed wide acceptance of popular clichés about abortion and strong sensitivity to peer pressure. However, we also learned they were eager to participate in what we promised would be an honest, open discussion of a tough topic. All were clearly hungry for the truth about abortion.

Resistance came mainly from adults, especially parents fearful that we would use pictures of aborted babies to “brainwash” their children. We didn’t want to lose half of our audience, so we ruled that out from the start. To add credibility, we relied instead on real people who shared their real-life experiences with abortion.

We soon found that the experiences shared by a former abortionist, a woman who had two abortions, a single mom, and a father of 10 were more than enough to open minds and change hearts quite dramatically. We also wanted an inclusive approach that encouraged attendance by those who most needed to hear the pro-life message.

This open approach also helped us gain entrance to a local public high school, which even the school told us was extraordinary. Planned Parenthood was also supposed to be there. Amazingly, it was a no-show.

For example, we experienced a 77.7% increase in strongly pro-life teens. These teens showed they were now fully prepared not only to defend their pro-life views with their peers, but to carry a positive pro-life message with them as they moved on to college and into adulthood.

We also found that a pro-life majority is achievable, using the right approach. The overall pro-life percentage rose from 37% to 53% after the seminars.

We found a 33% drop in the number of teens in the “confused middle.”  This group reflects the the vast middle in today’s America as well as the media’s impact on popular values. But they’re also a future gold mine for pro-life education. Converting them is the key to any future pro-life majority.

It was no surprise that “pro-choice” teens represented the biggest challenge. But we still achieved a 15.4% decline in that group, and the big bonus was that their attitudes softened. One approached me afterward to say, “I’m not sure you changed my mind, Mr. Howard, but you sure gave me a lot to think about.” That one comment made my whole day.

Clearly, the speakers had done their jobs. Dr. Levatino shared that he learned to commit abortions as part of his obstetrics training. After he and his wife tried for years to have a baby, they were finally able to adopt a baby born to a pro-life teenager. This contradiction didn’t register with him until five years later, when his little girl died in his arms on the way to the hospital after a tragic car accident.

Soon after, he became physically ill while committing an abortion. God was telling him to stop killing other people’s children. As part of his recovery, he dedicated himself to sharing his story with audiences like ours.

Each seminar had an emotional close. We gave candles to the teens and invited every third teen to come forward. All were asked to reflect on the empty seats representing the 30% of their generation who had been aborted and to consider what that loss meant to them personally.

Our best hope for reaching youth

We pro-lifers keep saying that winning this battle is a matter of changing hearts and minds. The trouble is that today’s teens are up against a tidal wave of messages promoting everything but the traditional moral values we need to rebuild society.

They are flooded with thousands of harmful messages every single day—via radio, television, the Internet, Hollywood, Madison Avenue, and now—in a massive way—big government and its agencies. We urgently need ways to reach young people long before they even think about abortion.

Only 1 in 15,000 women in their childbearing years has an appointment for an abortion on any given day. Only the abortionist and her boyfriend know about it. But this still adds up to at least 1.1 million surgical and medical abortions reported each year (and many more abortions caused by abortifacient contraceptives and the destruction of human embryos in laboratories). This is a problem that stymies all of us. There is no way of knowing who that young woman is. Witnessing in front of abortion facilities saves perhaps 1% of them. Members of the clergy feel helpless. They have just 5-10 minutes of sermon time on Sundays to reach everyone.

Yet, the last chance to reach most religious young people, as a group, is through religious education classes or church youth ministries. Unfortunately, materials used in those programs typically say little about abortion. Many children are too young to learn about it, but those entering adolescence are hungry for information they often don’t get. That’s why seminars for teens like these are highly effective.

We’ve done the research and we know they work! Programs like this can significantly reduce future abortion rates among young people. And the big increase in teens who are strongly pro-life means they can have a powerful influence on their peers.

This is why we’d like to share our experience with any pro-life group that wishes to integrate this approach into its own local pro-life evangelization efforts. The pro-life movement is very diverse, with thousands of groups all over the country. If we ever spoke with one voice, abortion would end in fairly short order. We can accomplish far more by working together than we can by working independently. We just have to do it!

I believe that reaching young people through churches is our last, best hope to turn the tide within this next generation. Yet no one can achieve this alone. That’s why American Life League has agreed to join in this effort by sharing it with its Associate groups nationwide. Here is how and why this collaborative effort can succeed:

We recently received a letter from our local bishop, the Most Reverend Arthur Serratelli of Paterson, New Jersey, in which he endorsed this approach. He said, “I commend you for the fine work you are doing in promoting a pro-life culture and trying to reach our young people. Please know that you and your important work are in my prayers.” This should prove very helpful when recruiting seminar team members and approaching prospects for new seminars.

Our goal is to educate a whole new generation in the cause of life. You can help us do it!