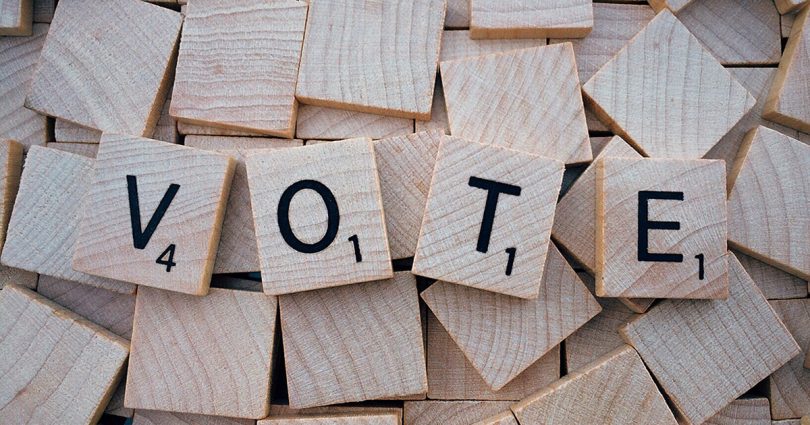 The problem of the greater good/lesser evil dilemma has perplexed mankind for ages. In today’s culture, a specific such issue has left many pro-life voters in a quandary, hopeless of ever finding a definite or conclusive answer. Nevertheless, as François-Marie Arouet de Voltaire said, “No problem can withstand the assault of sustained thinking.”

The upcoming election will be the first in which I am eligible to vote. Consequently, it is of paramount importance to me to evaluate my principles, consider the factors and come to a decision regarding the issue.

Whom should we choose?

Consider the following hypothetical situation consisting of Candidates A, B and C. Candidate A characterizes a satisfactory contender with the exception of his support of abortion. Candidate B is an effete nominee who maintains absolutely unacceptable principles. Candidate C is the perfectly ideal runner. However, he is not widely supported and has no substantial chance of winning the election.

The question is this: Do I, as a moral voter, cast my ballot for Candidate A in order to keep Candidate B out of office or do I vote, as principle dictates, for Candidate C in full knowledge that this will most likely ensure the election of Candidate B?

The realists defend their position by taking the stand that one must take responsibility for not only the desired, but also the expected results of their actions. Thus, they declare that they vote just as morally and in accordance with their conscience as the idealists: It is simply that their conscience tells them to be pragmatic.

The idealists, in contrast, deem any support of an immoral candidate to be an endorsement of his actions. Holding the position that any negotiation on moral principles is unacceptable, they emphasize that the lesser of two evils is still evil.

First, I must examine the basis and logic behind the realists’ claim that lesser-evil voting results in the greater good. Although their argument appears sound after a cursory evaluation, its verity must also withstand evaluation by other often-overlooked factors. Considerations such as the party platform of the candidate, the mandate of the vote and the current duopoly advance to the forefront in importance.

What should we choose?

Beginning with platforms, two puissant factors come to mind. First, an elected candidate advances not only his own personal viewpoint, but also that of his party; thus the moral voter must be cognizant of each party’s platform. The importance of this platform becomes clear with the integration of the second factor: namely, that the party in power controls the congressional or state committees responsible for initiating legislation. This means that every vote cast for a candidate acts as a mandate not only for him and his party, but also its platform.

The third consideration is the balance of political parties. Currently, two parties dominate lawmaking and stifle all other competition. Furthermore, the break between these two parties is growing increasingly smaller and indistinct. The situation of having a single overriding party is clearly dangerous.

The underlying problem of the vast majority of lesser-evil voters is not that they are pragmatic realists who put everything under the aspect of reality, but that they are unilateral thinkers. Failing to consider the bigger picture and the cardinal aspect of time, they postulate that what is best for today is best for tomorrow. This often becomes a fixed mindset, passed down from generation to generation. Think of a government wherein virtually every elected official holds his office not because of principles, character or philosophy, but because he is considered “electable.” The idea is appalling. How can a government filled with such officials be expected to avoid corruption, even to the point of disregarding the most basic principle outlined in the Declaration of Independence—that “We hold these truths to be self-evident, that all men are created equal, that they are endowed by their Creator with certain unalienable rights, that among these are life, liberty and the pursuit of happiness”? Yet such a government is ours.

The overall effect of lesser-evil voting closely parallels the Hegelian dialectic. Before Georg Wilhelm Friedrich Hegel (1770-1831), Western philosophical thought was almost universally based on the idea of an absolute and exclusive truth. If any given proposition is true, its antithesis must accordingly be false. Hegel, however, proposed that both truth and history follow an evolving course. Every thesis has an equal antithesis. The tension between these two results in the creation of a synthesis, a compromise between the two which forms a new thesis and the process is repeated. In today’s culture, many citizens have found themselves making a compromise between values and electability, combining the two to find an acceptable candidate.

In the beginning the effects were minimal; issues such as policy, religious denomination and cant lost much of their significance. These concerns overlooked for the greater good were gradually accepted as tolerable and the situation escalated. Little by little, fundamental principles once considered safe and beyond risk became open for discussion and finally rejected. Lesser-evil voting invariably resulted in a gradual shift away from the principles and values of a society.

To vote for principles is to vote for results. In the area of abortion and lesser-evil voting, the principles of the idealist and the rationale of the realist are not contradictory. The right to life is a priori above all other rights and when compromised, consistently results in an effete, corrupt and failing society. The pro-life citizen should be irate at the flaccid course so many of today’s voters have chosen. Liberty, justice and independence are meaningless to those denied the right to life.

The pro-life voter has both principle and reason on his side, along with the support of many of America’s greatest men. Benjamin Franklin professed, “They that can give up essential liberty to obtain a little temporary safety deserve neither liberty nor safety.” Samuel Adams said, “A general dissolution of principles and manners will more surely overthrow the liberties of America than the whole force of the common enemy.” John Quincy Adams stated, “Always vote for principle, though you may vote alone and you may cherish the sweetest reflection that your vote is never lost.” As Alexis de Tocqueville, French author of the classic Democracy in America, wrote, “America is great because America is good and if America ever ceases to be good, America will cease to be great.”

It is the pro-life voter who remains steadfast in his convictions, will not compromise with evil and stands for what is right that makes a difference. Such people, bonded together in truth, will change the world.