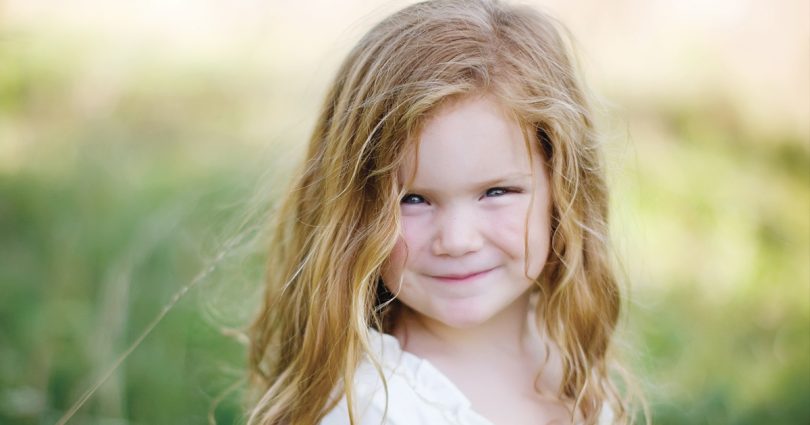 Margaret Olivia Murphy arrived in the world in the typical manner on December 30, 2004, and she drowned during a float trip on the Meramec River outside St. Louis, on May 24, 2009. Margot’s dreadfully limited 1,972 days on earth had a special velocity to them, because she made an enduring impression on countless people and places. Her curly fire-red hair, beautiful blue eyes, contagious smile, unbridled joyfulness, outsized confidence, and natural strut turned heads wherever she went, and her loving nature was a gift beyond description to those blessed to know her well. There was something electric about Margot—as if you could “see” the music in her—and it was as contagious as her smile.

A responsibility and a burden

A few months after Margot’s death, I began thinking I had a responsibility to tell her story, and finally, after six months or so, I decided it was no longer acceptable to continue postponing the effort. I assumed I would draw upon the journal I had periodically updated for the previous 10 years or so—chronicling the adventures and misadventures of Margot and her four siblings, and the funny, crazy, or ordinary things they had said or done. During the journey that the writing would become, I realized that telling only about Margot’s life and times would make for a story that was much too short, and it occurred to me to incorporate the impact Margot’s life had on the lives of a few fictional characters whose story continues after Margot’s earthly journey ends.

At times, the pain of losing Margot was so paralyzing that fulfilling this responsibility to her, me, and our family seemed more like a beating than attempted writing. While enduring the natural human and paternal emotions of experiencing the loss of a child is challenging enough, I was (and remain) equally burdened by the recognition that nothing in the material universe could possibly be more valuable than a human being.

In fact, my failure to protect a person entrusted to my care continues to fill me with disgust, and I expect it always will, as it should. What a waste. A waste of something so uniquely valuable. A human life. Margot’s life. Other than God Himself, what in the material universe could possibly be worth more? If the universe existed without life, who would care?

While I contemplated how to portray Margot’s influence on the lives of her friends and family, as well as her fictional friends, it dawned on me that the music we saw in Margot likely means her real story is more of a song than a book. But because no sane person would care to hear or see my singing or dancing, I decided it would be fitting to entitle each chapter of Margot’s story with some of my favorite song lyrics. One of the first lines I wrote down came by courtesy of singer/musician Neil Young’s great song “Walk On.”

I spent several hours that day typing and organizing lyrics, and thinking about how to tell Margot’s story. Sitting alone watching college football highlights later that night, I received a text message on my cell phone from a friend I hadn’t seen or spoken to since Margot’s funeral. The message was simply this: “Sooner or later, it all gets real. Walk on.” Having written down those exact lyrics from the Neil Young song earlier in the day, of course I noticed the coincidence, but didn’t think much more about it until a couple of weeks later.

After visiting a friend’s horse stable some time before her death, Margot and her sister had determined that if I wouldn’t buy them a horse, I had to become one. Because it was virtually impossible to say no to Margot, I transformed myself as instructed, and the girls climbed on my back each night as I carried them down the hallway to their room for bedtime. Their daddy horse, obeying strict orders, responded to only two commands: “Ho” and “Walk on.”

After May 24, 2009, the thought of a daddy horse ride hadn’t even crossed my mind, but while walking alone down that same hallway after putting the kids to bed a week or two after my friend’s seemingly coincidental text message, I stopped dead in my tracks as I recalled the command an always-laughing Margot had used to move me forward each night: “Walk on.”

Could Margot have inspired one of her earthbound angels to deliver a critical message to her dad? I don’t know. However, if nothing in the universe is more valuable than a human being and it therefore seems impossible to me that something so valuable could exist for only an infinitesimal amount of time, I think it follows, of necessity, that those gone before us still exist somehow. And they must have some means by which they may say hello, invite us to learn something from a connection we hadn’t previously made, or simply lift our spirits. While that may sound crazy to some, I think it’s an equal stretch of logic to conclude it’s not possible.

As I progressed with the attempt to tell Margot’s story, I continued to perceive such happenings—often at times when I was nearly paralyzed with sadness. Sometimes I heard a song or part of one, at a time or place for which coincidence simply wasn’t the best explanation. Then there was a little red cardinal that usually tapped on my window only if I was working on Margot’s story. And while writing one afternoon about seeing what might be greetings from deceased loved ones, I heard a loud crashing noise and discovered that our robotic vacuum had knocked over a stand holding a framed photograph used in our previous year’s Christmas card. This was the last card featuring a living and breathing Margot, and it shows our five children sitting together holding a one-word sign: “Believe.”

Because these “coincidences” kept occurring, I began incorporating them into the story. I tried to explain each occurrence accurately, always attempting to guard against the possibility of being biased by a desperate imagination. However, despite having a naturally skeptical attitude and making a conscious effort to avoid creating a story where none existed, circumstances sometimes forced me to conclude that something other than coincidence was the most reasonable explanation.

After Margot’s funeral, a friend gave us a frame displaying six separate photographs of everyday items such as a tree branch, a telephone pole, and a wrought-iron bench, which together formed the six letters of Margot’s name. Although its importance wasn’t clear to me at first, I now believe this was a profoundly meaningful and vital gift, and it has helped me to seek and observe evidence that Margot is still with us. Literally still with us—now and forever. I know she must be. Something as uniquely valuable as Margot’s spirit could never be destroyed.

Patrick J. Murphy’s book, she must be, is the story of Margot’s life and spirit, and can be ordered as a paperback and e-book from Amazon.com and through the links at shemustbe.net.

Patrick J. Murphy and his wife of 18 years, Debbie, are the parents of five children. Patrick is a graduate of the University of Notre Dame and St. Louis University. He works as a financial analyst covering small-cap stocks, and serves on American Life League’s Board of Directors and Board of Advisors.