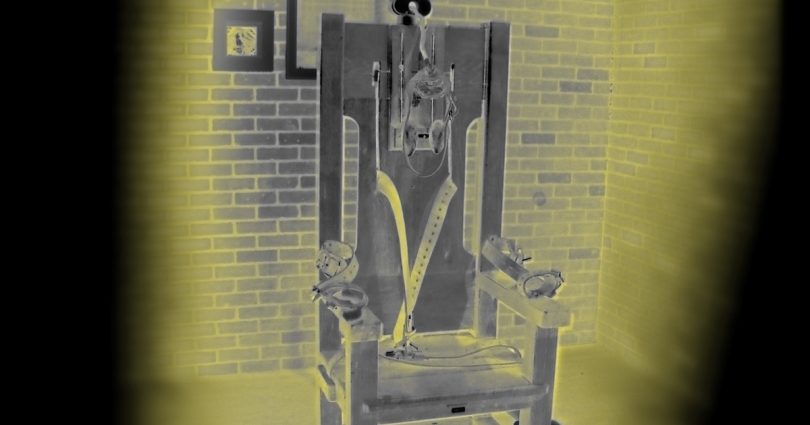 Over two years ago, the United States Conference of Catholic Bishops launched a new campaign to abolish capital punishment in our nation. The campaign has been ongoing since the 1980s and is a continuation of philosophy by the late Cardinal Joseph Bernardin of Chicago, known as the “seamless garment” or “consistent ethic of life.” In a 1983 lecture given at Fordham University, Cardinal Bernardin summarized: “For the spectrum of life cuts across the issues of genetics, abortion, capital punishment, modern warfare and the care of the terminally ill. The purpose of proposing a consistent ethic of life is to argue that success on any one of the issues threatening life requires a concern for the broader attitude in society about respect for human life.”

In the new campaign, Cardinal Theodore McCarrick, who was then archbishop of Washington, D.C., stated similarly: “We cannot teach that killing is wrong by killing. We cannot defend life by taking life.”

Like Cardinal Bernardin, the current United States Conference of Catholic Bishops says that the best way to promote the dignity of life in general is to oppose all and any attacks on life—innocent and otherwise. Critics of this approach argue that such a philosophy lumps intrinsic evils (i.e., acts that are always evil in and of themselves) with actions that can be applied in evil ways, but are not always so. Critics of the seamless garment approach also could point to remarks by Denver Archbishop Charles Chaput at a catechetical conference in 2002:

If we say we’re Catholic, we need to act like it. When Catholic Supreme Court Justice Antonin Scalia publicly disputes Church teaching on the death penalty, the message he sends is not so very different from Frances Kissling (of “Catholics for a Free Choice”) disputing what the Church teaches about abortion. I don’t mean that abortion and the death penalty are equivalent issues. They’re not.

They clearly do not have equal moral gravity. But the impulse to pick and choose what we accept in Church teaching is exactly the same kind of “cafeteria Catholicism” in both cases.

Faithful Catholics may be confused by Archbishop Chaput’s remarks because he is known for orthodoxy. His statement makes clear that abortion is more evil than the death penalty, but in keeping with the seamless garment approach, he avoided making an essential distinction between abortion and capital punishment.

Thus, it is important to ask whether Justice Scalia or others are rightly termed cafeteria Catholics if they hold publicly or privately to the traditional teaching of the Catholic Church that the state has the right to impose the death penalty for a just cause.

The traditional teaching on capital punishment is summarized well by Saint Thomas Aquinas, who wrote that “if a man be dangerous and infectious to the community, on account of some sin, it is praiseworthy and advantageous that he be killed in order to safeguard the common good, since ‘a little leaven corrupteth the whole lump’ (1 Corinthians 5:6).” 1

Yet beginning with the pontificate of Pope Paul VI in 1963, the popes have taken a decidedly negative view of a government using the death penalty and this became especially so in John Paul II’s 1995 encyclical Evangelium Vitae. The strong language he used against capital punishment resulted in a revision of the Catechism of the Catholic Church. Hence, condemnations of the death penalty in nearly all circumstances by Pope John Paul II have led some to conclude that he embraced the seamless garment view—at least in relation to capital punishment.

The revision of the Catechism caused a great deal of confusion as many, including Father George Rutler, pointed out, because it placed “a prudential judgment in a catechetical text.”2 And there is a natural reaction by faithful Catholics who want to agree with all of the prudential judgments by the Holy Father.

However, it is important to realize that the preference against the death penalty by the aforementioned popes is not protected by the gift of infallibility. And this was made eminently clear by Vatican Council I, which defined papal infallibility to restricting the divine aid in matters of faith and morals in very strict circumstances. The original text in the Catechism stated that “if nonlethal means” can protect the safety of society, they should be used since such favors the “common good and are more in conformity to the dignity of the human person.” It means governments should avoid imposing the death penalty, but it does not forbid its use to all cases. The revision or new addition to the Catechism adds: “Today, in fact, as a consequence of the possibilities which the state has for effectively preventing crime, by rendering one who has committed an offense incapable of doing harm—without definitely taking away from him the possibility of redeeming himself—the cases in which the execution of the offender is an absolute necessity ‘are very rare, if not practically non-existent.’”

In stark contrast to not having an all-out ban on capital punishment, the Catechism says: “Since the first century the Church has affirmed the moral evil of every procured abortion. This teaching has not changed and remains unchangeable.” In Evangelium Vitae, John Paul II wrote that “abortion always constitutes a grave moral disorder.” In other words, it is evil in every circumstance. The words “every” and “always” in condemning abortion are noteworthy, since neither the Catechism nor Evangelium Vitae condemn “every” imposition of the death penalty.

Pope John Paul II also wrote: “The Church teaches that, regarding a law permitting abortions, it is ‘never licit to obey it, or to take part in a propaganda campaign in favor of such a law, or to vote for it.’” Again, such categorical language does not appear against capital punishment. Although the Catechism and Evangelium Vitae express a strong preference against the state’s use of the death penalty, unlike abortion, it is not condemned as evil in every instance.

Clarity from Kansas and Rome

In 2006, the four bishops of Kansas provided great clarity in a joint statement entitled Moral Principles for Catholic Voters issued before elections. “In some moral matters,” they wrote, “the use of reason allows for a legitimate diversity in our prudential judgments. Catholic voters may differ, e.g., on what constitutes the best immigration policy. Catholics may even have differing judgments on the state’s use of the death penalty or the decision to wage a just war. Since such ‘judgments do not involve a direct choice of something evil, it is possible for Catholic voters to arrive at different, even opposing judgments.’” Yet, the Kansas bishops rightly stated that a “correct conscience recognizes that there are some choices that always involve doing evil and which can never be done even as a means to a good end. These choices include elective abortion, euthanasia, physician-assisted suicide, the destruction of embryonic human beings in stem cell research, human cloning and same-sex ‘marriage.’ Such acts are judged to be intrinsically evil, that is, evil in and of themselves, regardless of our motives or the circumstances.” So the Kansas bishops spoke in very clear terms that the death penalty isn’t evil in and of itself, but it can be applied in a gravely immoral manner.

More authoritatively, before 2004 elections, the prefect of the Congregation for the Doctrine of Faith, Cardinal Joseph Ratzinger, represented Pope John Paul II and sent a memo to Cardinal McCarrick stressing: “Not all moral issues have the same moral weight as abortion and euthanasia. For example, if a Catholic were to be at odds with the Holy Father on the application of capital punishment or on the decision to wage war, he would not for that reason be considered unworthy to present himself to receive Holy Communion. There may be a legitimate diversity of opinion even among Catholics about waging war and applying the death penalty, but not however with regard to abortion and euthanasia.”

Here again, Cardinal Ratzinger, who is now Pope Benedict XVI, pointed out that a Catholic is not dissenting from the Church or in a state of mortal sin by disagreeing with a prudential judgment on the application of capital punishment.

Furthermore, in stating that a Catholic is not prevented from receiving Holy Communion by differing with the pope’s application of the death penalty, it is unjust to refer to such persons as cafeteria Catholics.

Disagreements with the prudential judgment of the Holy Father on the application of capital punishment should always be made in a spirit of filial respect. In so doing, it even more fully stresses the essential difference between such Catholics and the tirades against the popes by notorious dissenters such as Frances Kissling. While it is possible that a Catholic could support the state’s use of capital punishment out of vengeful and thus sinful motives, it’s also possible that he could do so out of good will, without sin and in a spirit of mercy toward those to be executed. But even if public Catholics were to support the death penalty out of sinful motives, it would not approach anywhere near the level of gravity and scandal caused by those who publicly support the intrinsically grave evils of abortion, human embryonic stem cell research and euthanasia.