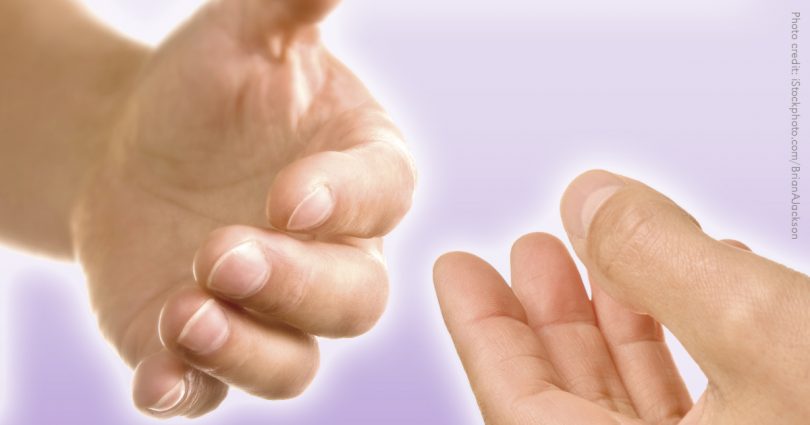 Pro-lifers have been valiant in the long struggle against doctor-assisted suicide. Although they have lost battles in Oregon, Washington, and Montana, they have held the line in other states. Strong coalitions across political and religious lines have been one key to that success. Another key: promoting better care of people who have severe disabilities, better pain control, and good hospice care.

But what about other kinds of suicide? What about the lonely and depressed widower who is tempted to do himself in? The mental patient who wants to leap from a bridge or high building? The drug addict who contemplates death by overdose? Despondent teenagers who think about hanging themselves? All of these folks need help, too!

Using the assets we already have

Some might say the pro-life movement already faces so many issues that it can’t take on any more. Yet there are ways to help that don’t involve setting up new programs or adding new staff. There’s much to be said for piggybacking on the large pro-life infrastructure that already exists. National, state, and local pro-life groups already have regular meetings, and some have large conventions that last for two days or more. Why not schedule talks and workshops on suicide prevention at those meetings?

While it can be scary to deal with someone who is suicidal, it’s much less so when you have practical advice on what to do. Including such advice in pro-life publications can equip legions of people to be helpful at just the right time. And the movement already has many people with great counseling experience acquired from their work in pregnancy care centers. They know how to offer hope and practical alternatives, which are desperately needed by people who feel pushed toward suicide. The pregnancy care veterans can do a world of good for such people.

A key to victory on two fronts

By understanding the roots of suicide and ways to prevent it, pro-lifers can also be more effective in struggles against doctor-assisted suicide. They can, for example, learn more about the depression that so often leads to suicide and how that depression can be alleviated. Depression is often a key factor in pleas for doctor-assisted suicide. It can affect not only the patient, but also family members who have been long-time caregivers. Both patient and family need support.

Pro-lifers can learn from and build bridges to people long involved in mainstream suicide prevention. Some of those people, though admirable in many ways, are ambivalent about doctor-assisted suicide. And some are overcommitted to “nondirective counseling,” in which the counselor refuses to influence the client—even in a matter of life or death. Dialogue with pro-lifers they trust might have good results in those areas.

How to help the vulnerable

What are the ways to help someone—a family member, friend, or even a casual acquaintance—who might be headed toward suicide? One is to be aware of that possibility when someone seems depressed or suffers a devastating loss. Long-married people who suddenly lose their spouses may find their grief and loneliness nearly unbearable. A bitter divorce or financial catastrophe can push others to desperation. These people may need professional counseling, but they certainly need simple human kindness. You can alleviate their condition by making friendly visits, taking them out to lunch, or perhaps inviting them to a family get-together. This will give them some of the hope they need to ride out their storm. You might also alert others who know them that they need special attention.

Let’s assume that a woman you know seems somewhat depressed and “not herself.” You can tell her you’ve noticed this and ask if you can help. You might then hear about serious problems you couldn’t have guessed. Just listening with great sympathy can offer real relief to your friend. And you may be able to give her direct aid or put her in touch with someone who can. The aid might be an emergency loan, referral to a first-rate professional, information about a good support group, or suggestions about eldercare for her parents. By giving support, you and others can ensure that a suicide crisis won’t even arise. Early help can save many lives.

Suppose you’re worried that a man you know may already be thinking about suicide. In this case, the experts say, it’s best to ask him about it. If you find he has specific plans for suicide, or he seems agitated or deeply depressed, it’s time to call 911. While you wait for the response team, you can assure him, “I’ll stay with you. And I know you can get through this crisis and feel much better.” Then go with him and the response team to the hospital, or if that isn’t allowed, follow right behind them. It’s important for him to have a friend and advocate in the emergency room. From there, you can notify family members and other friends, asking them for support. A team effort can make a huge difference.

If there’s no suicide emergency, but your friend is depressed, you can urge him to consult someone who has special competence in mental health. This might be a psychologist, psychiatrist, psychiatric nurse, or counselor. Or it could be a priest, minister, or rabbi. Many members of the clergy have experience in handling suicidal people, and some have special training for it. They can always refer your friend for medical help when they sense that’s needed.

If your friend consults a medical specialist and receives a drug prescription, it’s important for him—or someone close to him—to report any side effects to the medical professional. The professional also should know about any other drugs (legal or illegal) that he’s taking, since some drugs cause depression. Alcohol is a depressant, too; if your friend uses it often, the professional should know that. And because of the overdose problem, anyone who is suicidal should be prescribed only a small amount of a drug at any one time. By keeping a close watch on drugs, a friend or family member can prevent serious problems and speed recovery.

If your friend lives alone, it can be a great gift to invite him to stay with your family for awhile. He may be much in need of sleep, food, and quiet human companionship. Suicide usually is a lonely act by a very lonely person; it’s less likely to happen when that person is in a safe environment with other people. (To ensure safety, remove any hunting guns, knives, or other items that could be used for self-destruction in a bad moment.) Be available for conversation, quiet walks in a park, or a drive in the countryside. Don’t feel that you must be jolly in order to cheer him up. Mental peace is a good early goal; happiness may and should return later.

Various types of “talk therapy” can help people who feel pushed toward suicide. One of the most promising, developed over several decades, is called Solution-Focused Brief Therapy (SFBT). For people who feel that our culture has wandered too long in Freudian deserts, this is a welcome change. Instead of searching obsessively for the roots of one’s problems in childhood, SFBT stresses how to solve them. Through skilled questions, its practitioners help clients build their own solutions. SFBT can be used for many different problems, including suicidal tendencies. It doesn’t just help people through a crisis; it also helps them build better and happier lives.

Heather Fiske, a Canadian psychologist, has written a fine book on using SFBT to help people inclined toward suicide. Called Hope in Action: Solution-Focused Conversations about Suicide (Routledge, 2008), it covers everything from good questions to “grandmother strategies.” Using wisdom from her own grandmothers, Fiske notes that things ranging from pets or stuffed toys to music and “a good pot of tea” may be helpful to someone in crisis.

English therapist John Henden, another SFBT practitioner, has written an excellent book called Preventing Suicide:The Solution Focused Approach (John Wiley & Sons, 2008). Henden notes that he tried to commit suicide as a child “to escape severe and enduring emotional abuse and neglect” and also considered suicide once as an adult. He has a deep understanding of the problem and, like Fiske, much talent in helping others overcome it.

He focuses first on small steps, since he says that anything is “a huge effort” for someone who is deeply depressed. Some of his questions help his clients remember past successes. For example: “Up until you got so inactive, what did you do in the day that interested you?” or “When you have been up against it before in life, how did you get through it on that/those occasion/s?” SFBT practitioners use other questions, including special ones that clients find intriguing: the “miracle question,” the “graveside question,” and the “wise-old-you question.” The Henden and Fiske books include many case studies that show how such questions work.

It takes years of training and experience to be a top professional in this counseling field, but laypeople can learn much from the professionals. You might suggest SFBT counseling to anyone who feels pushed toward suicide (see www.SFBTA.org for some counselors’ names). You can reinforce the solution-building approach in your own conversations with the person.

The late Dr. Edwin Shneidman, a pioneer in suicide prevention, once wrote that each person “can be a lifesaver, a one-person committee to prevent suicide.” You needn’t wait for someone to appoint you to this noble work. Just appoint yourself, and go to it!