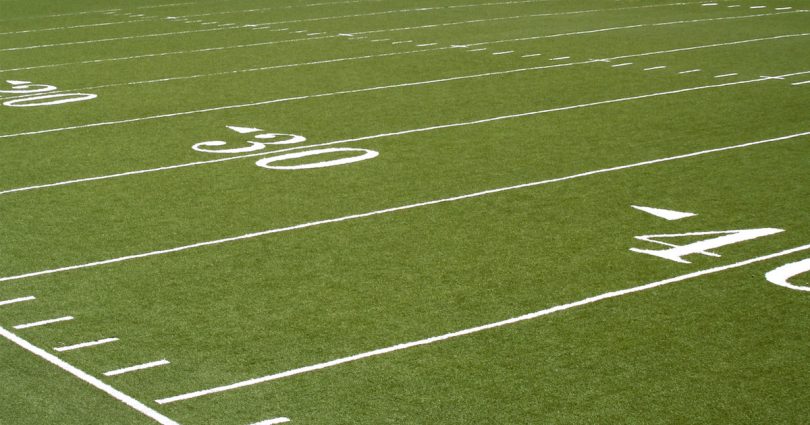 In February 1997, a million people watched the underdog New York Giants emerge victorious in their battle with the New England Patriots for the National Football League championship. Being involved in the pro-life cause, sporting events always remind me of their similarities to trying to end abortion.

On that Sunday, we saw a good solid Giants team taking on the “perfect” team. The New England Patriots had been undefeated all season long. Analysts had anointed them as the overwhelming favorites, citing their many weapons, record-setting offense and experience. The Giants were given no chance. Yet the Giants won.

Most analysts now credit the Giants’ defensive strategy for the victory. In play after play, they came after the Patriots’ quarterback. They were in his face all afternoon, disrupting his plays and pressuring him into making mistakes. They never let the Patriots make use of all their offensive weapons. The constant pounding took its toll and even though there were moments when the Patriots’ offense made gains and scored, it was not enough.

Without stretching the comparison too far, the pro-life effort in America is in a similar battle against those who deny the personhood of the preborn child and end the lives of millions of children each year through abortion. The leader of the abortion forces is the Planned Parenthood Federation of America. Through its 103 affiliates, Planned Parenthood operates the largest abortion chain in the nation.

The lesson of Super Bowl XLII is that we must put pressure on Planned Parenthood: pressure that will disrupt its game plan and give us an edge. To use another sports analogy, we need to be like the boxer who uses the early rounds of the fight to deliver body blows to his opponent, to weaken him and make him more vulnerable in the later rounds.

We exert that pressure and deliver those body blows to Planned Parenthood by focusing on its clinics. We mount campaigns against its core operating locations in each town. We educate the local community and set everything in place for the big battles that will come later.

We are doing just this with Planned Parenthood and have seen significant success. In town after town all across America, the pro-life community has focused on Planned Parenthood. In the 1960s, 1970s and much of the 1980s, Planned Parenthood was expanding. It was opening more and more clinics and gaining footholds in more communities. It was considered unbeatable.

Then pro-life forces began to put pressure on Planned Parenthood. Its growth slowed and reached its summit in 1995, when it had 938 clinics across the nation. The constant pounding by pro-lifers began to take an even greater toll and Planned Parenthood began closing clinics faster than it could open new ones. Its clinic numbers and community influence began to decline. Just as the Giants held the Patriots to low total yardage during the game’s first half, in terms of community presence, Planned Parenthood has lost yardage over the last 13 years. It’s down from 938 non-express clinics in 1995 to a total of 813 today.

The stunning effectiveness of our defensive strategy was brought home in the Texas Panhandle, where prolife efforts forced Planned Parenthood to close 17 clinics from 1997 to 2007—leaving it with just two in the region.

Now, don’t get me wrong. Planned Parenthood is still a formidable foe and is gaining in many areas. Its income has increased to over $1 billion a year, but as many sports franchises have learned, a mammoth budget does not always translate into on-field success. Much like the Patriots’ fourth-quarter touchdown drive, Planned Parenthood is still able to mount some successful campaigns. Last year, it opened a much ballyhooed abortion facility in Aurora, Illinois.

However, much like the Patriots’ touchdown only gave the Giants greater resolve to mount their own scoring drive, the opening of the Aurora facility has galvanized pro-life opposition to Planned Parenthood all across the country. There is more focus than ever on Planned Parenthood, including 168 regularly scheduled protests at 148 different Planned Parenthood facilities in 35 states.

Even more amazing was the fact that the Lenten 40 Days for Life events included activities outside of 12 Planned Parenthood facilities in Arizona—the state that hosted the Super Bowl. Every move by Planned Parenthood is countered by an ever-growing opposition to its agenda.

Besides the defensive strategy just described, the pro-life effort also has an offense: the personhood offense. It’s time for children in the womb to be viewed in people’s minds, in people’s hearts and in the law as persons. Once this happens, Planned Parenthood will be through. There is no game plan it can put together to overcome the recognition of each individual as a person from the moment of his or her creation.

The execution of the personhood offense requires education. We must get the facts out about the humanity of each human being. We have many offensive weapons in our playbook. We have pro-life magazines, such as Celebrate Life; pamphlets and brochures; television and newspaper advertisements; newspaper columns and science.

All of the scientific progress of the last 40 years points to the personhood of the preborn child. Whether it is the discovery of DNA, the revolution of 3-D and 4-D ultrasound or the operations routinely performed today on human beings in the womb, these developments prove one thing: Every human being is a person from his or her moment of creation.

How to execute the strategy

So, our offensive strategy is set, but we just need more people to execute it. We need offensive lines to break down barriers so that the truth can reach places like college campuses and the political arena. We need running backs to carry the information into the heart of enemy territory who can withstand every effort to rip the truth from their grasp. We need receivers who can catch the truth thrown from far away and carry it into their hometowns, churches and state houses— receivers determined not to drop the ball, but to move it forward toward the ultimate goal: personhood.

Finally, we have a strategy for our special teams, people who will stand in the middle of the fray and are willing to take the hits necessary to make major gains and break the game open. We need people who, despite getting slammed to the ground, will pick themselves up and go out at the next available opportunity to do it all over again. We need people like those in Colorado, Missouri, Michigan and Georgia who work hard to pass personhood initiatives. People who know that they will often be stopped at the 20-yard line, but sometimes advance to the 40- or 50-yard line and know that if they keep at it, they can break through and take the ball … all … the … way … to personhood!

There you have it—a game plan for achieving victory. The football analogies used in this article are not exact, so we most assuredly do not want anyone to think we are saying the Patriots are like Planned Parenthood. The Patriots are a great football team that has won three Super Bowls and brought a lot of joy to New England. From all accounts, their owners adhere to family values and offer no support to the likes of Planned Parenthood.

We do note, however, that the Mara family, owners of the New York Giants, have long supported prolife America and we take special pride in the Giants’ win, as the late Wellington Mara served on American Life League’s advisory board.

The battle for life between pro-life Americans and Planned Parenthood is not over yet. We’ve just started the second half. The experts are probably still betting on Planned Parenthood. But, we have made some impressive gains and scored some major victories. Momentum is on our side.

We are on the march and we invite you all to join the battle. Choose what part of the team you want to be on—the defense against Planned Parenthood, the personhood offense or the special teams. When victory comes, as it will, you can be in the middle of the on-field celebration, knowing, just like the rookie defensive lineman who sacked the Patriots’ quarterback in the game’s next-to-last play, that you helped bring the victory.

Let the battle cry go forth: personhood for every human being from his or her moment of creation!