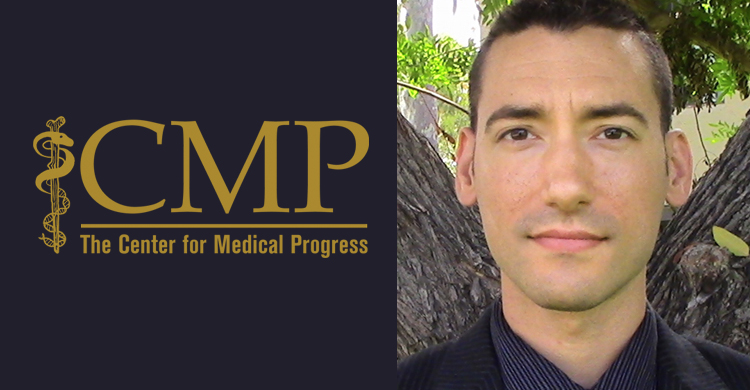 Planned Parenthood is always on script when it knows the media is watching. The script paints a picture of an organization that cares—no matter what. It bills itself as a champion and savior of women, a friend to adolescents, and an irreplaceable, trusted health resource.

But what if someone caught Planned Parenthood officials on video showing their true colors—speaking to those they believe to be in their camp, and blowing the Planned Parenthood facade wide open. That’s precisely what David Daleiden, the founder of The Center for Medical Progress accomplished through CMP’s 30-month investigative study of Planned Parenthood’s baby body parts business.

CMP’s Human Capital video series provides a rare glimpse into the closely guarded Planned Parenthood baby body parts business. The videos feature inside conversations with high-level PP employees—conversations about procuring body parts and the compensation the abortion giant wants to receive in exchange. The viewer sees shocking images of a PP pathology lab where pieces of babies just ripped from their mothers’ wombs sit in clear pie plates. They are illuminated from underneath. Here technicians eagerly search for body parts that will be sent to researchers, sometimes in piecemeal fashion—glands and organs to one location, skin to another.

Cutting a baby boy’s face open to harvest his brain

As the videos roll, a picture emerges of a cold-blooded, callous organization so focused on increasing its economic bottom line that its abortionists plan their workday around procuring saleable specimens. PP officials acknowledge willingness to prolong painful abortions and alter abortion procedures in order to obtain more intact fetal cadavers for harvesting the body pieces that are on the day’s list of income opportunities.

We see the real PP—the company that, for economic gain, invited procurement technicians inside its facility to cut an aborted baby boy’s face open with scissors to harvest his brain—the same intact baby boy whose heart was being manipulated to beat minutes earlier by tapping it with a medical instrument.

The video contents are shocking from start to finish, with jaw-dropping statements coming from the highest levels of PP.  Dr. Mary Gatter, during negotiations with undercover investigators about what she wants to receive for body parts procured from aborted babies, laughs and says, “I want a Lamborghini.” Gatter is president of the Medical Directors’ Council of Planned Parenthood Federation of America (PPFA).

Dr. Deborah Nucatola, Senior Director of Medical Services for PPFA, describes how some abortionists will turn the baby from a head first position to a breech position before beginning the abortion to cause further dilation as the abortion progresses. This enables the baby’s head to be delivered intact, making it possible to harvest skull contents. This is the same type of fetal manipulation that is used in illegal artial birth abortions.

“You never have enough dilation at the beginning of a case unless you have real huge amount of dilation, to deliver an intact calvarium [head],” Nucatola explains. “So if you do it starting at the breech presentation, there is dilation that goes on and often, the last step, you can evacuate an intact calvarium at the end,” she says.

It’s a ‘reasonable’ way to make money for PP

Talking about the income provided from procurement of baby body parts, Nucatola says, “I think at the end of the day, [Planned Parenthood] affiliates—they are still a nonprofit—they want to break even. And if they can do a little better than break even, in a way that, you know, seems reasonable, they are happy to do that.” Only in the evil, warped world of PP would harvesting the eyes and gonads of babies seem like a “reasonable” way to increase income.

Nucatola describes how she plans her workday around baby body part procurement by looking at the day’s list of requests before beginning work. “I knew exactly what was needed . . . so I knew which were the cases that were probably more likely to yield what we needed and I made my decisions according to that.”

It’s a matter of line items

Dissecting intact babies and sending their parts to different locations is just a matter of line items for Melissa Farrell, Director of Research for Planned Parenthood Gulf Coast. “If we alter our process and we are able to obtain intact fetal cadavers,” she says while hidden cameras roll, “then we can make it part of the budget—that any dissections are this, and splitting the specimens into different shipments is this . . . It’s all just a matter of line items.”

Dr. Carolyn Westhoff, Senior Medical Advisor for PPFA, talks about the freshness of specific body parts that have been in demand. “We’ve just been working with people who want particular tissues, like, you know, they want cardiac, or they want eyes, or they want neural,” she says. “Certainly, everything we provide—Oh, gonads! Oh my God, gonads. Everything we provide is fresh.”

She and other PP officials expressed great concern about what would happen if the public became aware of the body parts business. “Obviously, we would have the potential for a huge PR issue in doing this,” she says to an investigator she believes is a potential buyer.

‘This could destroy us.’

Deborah VanDerhei is the National Director for PPFA’s Consortium of Abortion Providers. She also weighs in with concern about the fallout that would result if the public knew about the money PP receives for baby body parts. “I have been talking to the executive director of the National Abortion Federation,” she says. “We’re trying to figure this out as an industry, about how we’re going to manage remuneration, because the headlines would be a disaster.”

“We have independent colleagues who generate a fair amount of income doing this,” VanDerhei continues.

VanDerhei makes it clear that the harvesting and exchange of body parts will not be discussed in writing.  “It’s an issue that you might imagine we’re not really that comfortable talking about on email,” she says.

In addition to headlines, the fact that PP is likely breaking the law should be a huge concern. The sale or purchase of human fetal tissue is a federal felony, punishable by fines and up to ten years in prison.

Dr. Vanessa Cullins, PPFA Vice President of External Medical Affairs, seems very aware of the potential legal problems. “This is important,” she tells a person she thinks is a potential buyer. “This could destroy your organization and us, if we don’t time those conversations correctly.”

Dr. Katherine Sheehan, the former Medical Director of Planned Parenthood of the Pacific Southwest, reveals that PP has been involved in the baby body parts business for over ten years, working with a procurement company known as Advanced Bioscience Resources, and that the government is involved as well. “We’ve been using [ABR] for over 10 years, really a long time, you know, just kind of renegotiated the contract,” Sheehan says. “They’re doing the big government-level  collections and things like that.”

The video footage also reveals a daily procurement list, known as a task page. It contains a picking list of body parts, with the gestational age of the baby who must die to provide those parts, and shipping instructions. The macabre list includes a request for liver, thymus, and skin—all from the same “donor.” That donor, it says, needs to have reached 16-20 weeks gestation. The body parts are to be packed on wet ice and shipped by FedEx priority overnight delivery. The baby’s liver and thymus are to be shipped to UMASS and the skin to Harvard.

What are researchers doing with fetal tissue?

A well-documented fact sheet on the CMP website shows that the National Institutes of Health reports spending a minimum of $76 million on human fetal tissue—specific rants and nearly $1.4 billion in stem cell research grants in 2014. Some of the recent, grisly studies conducted via government grant money include transplants of fetal brain cells into lab mice, experiments with beating fetal hearts, and a 2013 study that used normal 24-week fetal eyes “harvested within minutes of death.”

Why are we paying PP to commit such atrocities?

That’s what a September 29 hearing before the House Oversight and Government Reform Committee attempted to clarify. PPFA president Cecile Richards did not deny under questioning that 86 percent of PP’s non-government revenue is derived from abortion.

PP’s abortion business stacked up 327,653 dead baby bodies in 2013, according to its annual report. It gulped up $528.4 million in taxpayer income, showing a year-end profit of $127.1 million—a 118 percent increase over the previous year. In the meantime, PP dramatically decreased services like breast exams and cancer screenings.

Now we see that, by adding baby body parts procurement to the end of the equation, and by altering abortion procedures to obtain more saleable body parts from each little victim, PP stands to increase its profit margin exponentially.

The release of the CMP videos have set off an avalanche of resistance to continued government funding of PP and opened the eyes of thousands to the depravity of the organization.  We must keep the PP atrocities at the forefront of the discussion in person, in print, and on social media. We must contact our elected representatives frequently, letting them know that PP does not deserve one penny of taxpayer money; we must also insist that a full-scale congressional investigation be launched and that criminal charges be filed against PP executives. We must shine the light on PP’s baby body parts business at every turn, including when we pray and witness at PP facilities. And pray we must, without ceasing, asking our Blessed Mother to deliver a decisive victory over PP and its horrific objectification, exploitation, and killing of little children.

Rita Diller is a pro-life consultant, speaker, and investigative journalist with decades of experience confronting and stopping Planned Parenthood. She is past national director of ALL’s Stop Planned Parenthood International, and has served as Respect Life Director of the Roman Catholic Diocese of Amarillo, Texas, for 12 years. Contact Rita by email at rdillerusa@gmail.com.