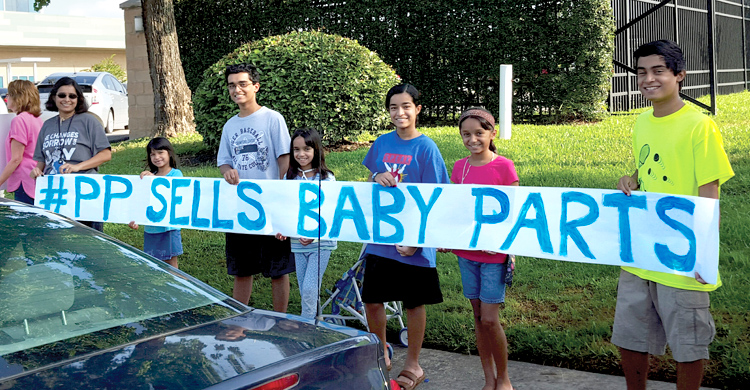 A medical doctor challenges the scientific community to apologize for the Planned Parenthood scandal.

The profound silence of the entire medical community regarding the sale of body parts by Planned Parenthood is stunning. Through silence, the American medical community at large acts as a willing accomplice to these widespread and horrific crimes. The involvement of highly trained physicians in this scandal, with quiet approval of most of the scientific community, is a testimony of our—the medical community’s—willingness to break the law and resort to inhumane brutality in order to suit our scientific agenda.

There is unanimous agreement in the medical community that the genetically distinct fetus is a living human organism in the uterus of his mother. Hence, it is outrageous to deliver an intact, live fetus and remove its organs in cold blood for purposes of scientific research. If the medical community accepts this ideology due to the inevitable demise of the fetus, then why not apply the same reasoning to death row inmates and start a sale of readily available live human organs for the preservation of life and to further scientific research? Would this be acceptable to the donor or the recipient? Would the academic community call this another “opportunity” for scientific progress? The recent study of organ transplants in China is evidence of what will happen to the United States if physicians are allowed to continue with these morally disastrous practices.1

Not long ago, physicians swore by the Hippocratic Oath, which prohibits abortion.2 This oath and its tenets have been widely disregarded and ignored in recent years. What are we to expect next if we ignore the collaboration of physicians in the murder of live, born infants?

The most dangerous place for American citizens

The recent protests by several thousands of Americans at Planned Parenthood Clinics show that Americans do not and will not believe our gymnastics of medical terminology. They know that it is not “fetal tissue donation” or “tissue procurement,” but plainly and simply “a dastardly sale of baby organs.”

The never-ending controversy on abortion in the United States ignores the “victims” and looks mainly at personhood, constitutional rights, and women’s rights, while the recent Planned Parenthood medical scandal shows sheer disrespect for the “victims,” namely, the despairing mother and the living vulnerable fetus.

To date, more than 58 million genetically distinct, uniquely created American citizens have been unjustly killed in the wombs of their mothers by the expertise of the medical community.3 This “feticide” is an ongoing tragedy in this country, showing us that the most dangerous place for any American citizen is not Iraq, Syria, Libya, or Afghanistan, but the womb of the pregnant mother.

Take a stand for life

Bowing my head in shame as a physician, I am challenging the entire scientific community to apologize to all the victims of this scandal and for our utter disregard of human dignity. We need to work together as a responsible community to stop this brutal, violent, and criminal medical scandal. We are obligated to treat these cases for what they are: criminal. Our medical boards should immediately revoke the medical licenses of all physicians implicated in these scandals. We owe it to this country to stand up and show our disgust at this manipulation, in the worst possible way, of our medical skills. We must adopt a national medical ethics that clearly condemns these actions and we must swiftly prosecute anyone who violates them.

Planned Parenthood is a private organization specializing in chemical and surgical abortions. At the recent congressional hearings, reports on Planned Parenthood showed profits of $125 million, although the organization continues to claim that it needs another $500 million of taxpayer donation.4 Informed Americans such as the President of the USA and the current Miss America have lied about Planned Parenthood providing mammograms.5 The other well-woman services provided by Planned Parenthood can be easily provided for all women by other clinics and institutions in their state regardless of financial status.

Most Americans are now aware of these lies and injustices, but only time will tell if this latest movement to defund Planned Parenthood, which started with the release of the Center for Medical Progress videos, will result in David defeating the Planned Parenthood Goliath.