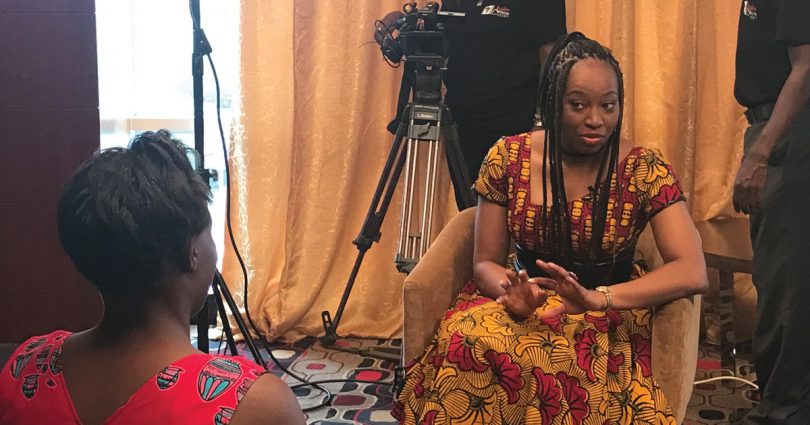 Planned Parenthood is not the only big company promoting the culture of death. Marie Stopes International—based in the UK—works in 37 countries, including 17 countries in Africa, operating under the guise of being a family planning agency. While traveling across Africa, Nigerian Obianuju Ekeocha—a human rights activist by day and a biomedical scientist by night—uncovered a disturbing truth about Marie Stopes.

Obianuju Ekeocha told Celebrate Life Magazine: “I heard it over and over again—from women who didn’t know one another—that Marie Stopes performed illegal abortions. I’d come across women who would say to me, ‘I had an illegal abortion, and it destroyed my life.’”

Ekeocha felt called to bring together the voices of suffering African women by making a documentary called Strings Attached, which exposes the corrupt and morally bankrupt deeds of Marie Stopes International.

Celebrate Life Magazine talked to Ekeocha via Skype about Strings Attached, about where people can view the film, about how pharmaceutical companies abuse African women, and about how Africans are not asking for contraceptives, but for something else.

Why did you decide to make Strings Attached?

During my visits to various African countries, I spoke with women who were willing and confident enough to go on record about their experience with Marie Stopes performing illegal abortions. Once I had all those interviews, I realized that I could get their voices heard by making a documentary.

I did a small fundraiser online, and as God would have it, I raised enough to produce a documentary that would amplify the voices of these women. I decided to entitle it Strings Attached, which captures the nature of the “gifts” of some of Africa’s wealthiest donors.

If Marie Stopes is performing illegal abortions, why hasn’t the organization been prosecuted?

In at least four African countries, Marie Stopes has been either investigated, suspended, or even banned from operations. In Zambia, Marie Stopes was performing illegal abortions in the northern part of the country, and the government shut it down. In the last year or so, the Medical and Dentistry Board in Kenya suspended MSI. But Marie Stopes is a well-funded organization that has a massive PR machine to clean up after itself, so its staff was able to lobby its way through the Medical and Dentistry Board and get the suspension lifted within a few weeks. In Niger, the Minister of Health shut MSI down completely. Recently in Nigeria, MSI was raided in a sting operation, but as of yet, no action has been taken.

I have tried to screen Strings Attached in various African countries to raise awareness about Marie Stopes. So far, I haven’t fully managed because it’s challenging to get the documentary to the people who should see it.

I might also add that many of the African countries are strapped and overburdened. They don’t have the resources to go after Marie Stopes.

How is Marie Stopes International able to get into African countries if most of them have banned abortion?

MSI has a front in every African country purporting to be a family planning provider. However, in most cities where it operates, many people know and understand that it does illegal abortions. It’s not hidden.

Marie Stopes has also managed to position itself as an organization that is involved in development. That means that as its staff members are going into developing countries, they can attract to themselves a lot of development funding, which should be going to legitimate healthcare, education, and the infrastructure.

Is the International Planned Parenthood Federation also in Africa?

The International Planned Parenthood Federation is in more African countries than Marie Stopes. The difference is that in most African countries, IPPF is mostly known to be involved in population control through its extensive contraception programs.

Where we also find the IPPF is in the lobbying of African countries to legalize abortion. The African pro-abortion movement is not being steered by Africans, but rather by wealthy well-funded Western organizations like IPPF and MSI. They may hire or have on their payroll African leadership, but it’s always obvious that the ideas and the core ideology of their work are coming from Western nations.

Where has Strings Attached been shown?

In March 2018, several excerpts of the documentary were seen at an event at the White House, and I had the opportunity to make a presentation about the Mexico City Policy—which is featured in the documentary. A month afterward, the entire documentary was screened at the Canadian Parliament.

I also presented it at an event at the Hofburg in Vienna with the help of an Austrian member of parliament. Then it was shown at the Ugandan Parliament, the British House of Commons, and a side event at the United Nations during the 2019 Commission on the Status of Women.

I would love for ordinary people in Western countries as well as the ordinary people across the African continent to see this documentary to understand the nature of the ideologically tainted foreign aid that Africa receives.

I don’t have a PR company promoting it, but my prayer is that a major network—like EWTN or a cable television station—will pick it up and show it so that thousands and perhaps hundreds of thousands of people around the world will see it.

Where can people see your documentary?

Even though you feel not enough people have viewed Strings Attached, have you noticed that it has had some impact?

Wherever this documentary has been screened, it has been very well received. Legislators and government officials who have watched it have been outraged to see and hear how Western funds have hurt instead of helped so many vulnerable women and girls in different African countries.

What surprised you in the filming?

I have spent thousands of hours researching and traveling through various African countries, speaking to hundreds of people, but nothing prepared me for the deep wounds inflicted on African people and communities by Western donors.

Some of the women I interviewed had such painful stories about their experiences. I believe that they’re victims of human rights abuses by Western pharmaceutical companies in collaboration with organizations like Marie Stopes International.

I noticed in the film that African women were being prescribed the contraceptive called Norplant. Wasn’t Norplant taken off the market in the United States for causing health problems?

It may have been taken off the market in Africa as well, but when we filmed the interviews, about three or four years ago, Norplant was still prescribed to women living in rural areas. [Norplant has a whole host of side effects, including causing pain, bleeding, and anxiety.]

Many years after Norplant was removed from the market—after Norplant had to settle with so many women within the Western countries for damages—African women were still being given Norplant and reacting to it. I have tried my best, and I still haven’t found one single person in an African country who has been compensated for damages that a contraceptive, brought from the West, has caused.

It’s not just Norplant; some other contraceptive drugs and devices that have been problematic in the West are now being pushed on African women. For example, Depo-Provera—which is rarely used in the Western world because of complications like incessant bleeding—has recently been released in Africa by the Gates Foundation.

Yes, it’s a wicked thing. It’s become a point of oppression. Western donors, Western entities, Western organizations, and even Western nations are bringing in funding for these drugs and devices that have caused problems.

They’re bringing these drugs into villages, and they’re giving them away for free. They’re asking women to fetch their friends and female relatives, and then when they come, they administer the drug to them. Whatever happens to these women afterward, they’re on their own. These organizations say that they’re empowering women, but they are abusing the Africans, especially the ones in the most rural areas who don’t have access to a doctor. The African people are treated as sub-humans. It will keep happening until there is enough outrage to make it stop.

If pharmaceutical companies are making dangerous contraceptives and giving them away for free, are they getting paid by the governments?

Yes. Every year they tell us Africa gets about $50 billion in aid. We don’t see much of that. A lot of the money ends up in the hands of Western providers for them then to come in and give us what they are producing. Ultimately, the money goes back to CEOs who are sitting in New York, London, and Paris and are making six- and seven-figure salaries.

Imagine if all those billions of dollars were spent on things like education, providing access to clean water, and making roads. What would that mean to Africa?

Africans need more education, and we are asking for it. Africans will always be grateful for an opportunity to learn. We need our schools subsidized. Many people want to go to school but don’t have access to it, yet what we are getting in abundance is subsidized contraception.

It all started when Obianuju Ekeocha wrote an Open Letter to Melinda Gates. Ekeocha had heard Gates talking on CNN about launching an international project for contraception targeting underdeveloped countries, and Ekeocha felt called to school Gates about the true needs of African women.

“Africans cherish babies and celebrate motherhood even in the midst of poverty,” she wrote. “With all the challenges and difficulties of Africa, people complain and lament their problems openly. I have grown up in this environment, and I have heard women (just as much as men) complain about all sorts of things. But I have NEVER heard a woman complain about her baby (born or unborn).”

In the 2000-word letter that went viral, Ekeocha explained to Gates that her people need education not contraceptives, which cause a rise in infidelity, sexual promiscuity, and the exponential spread of HIV and other STDs.

Increasingly, Ekeocha became the voice for Africa’s stance on human life issues. In 2012, she founded the Culture of Life Africa website (CultureofLifeAfrica.com), highlighting the African perspective on life issues. In 2018, she expanded on her open letter in her book Target Africa: Ideological Neocolonialism in the Twenty-First Century (Ignatius Press).