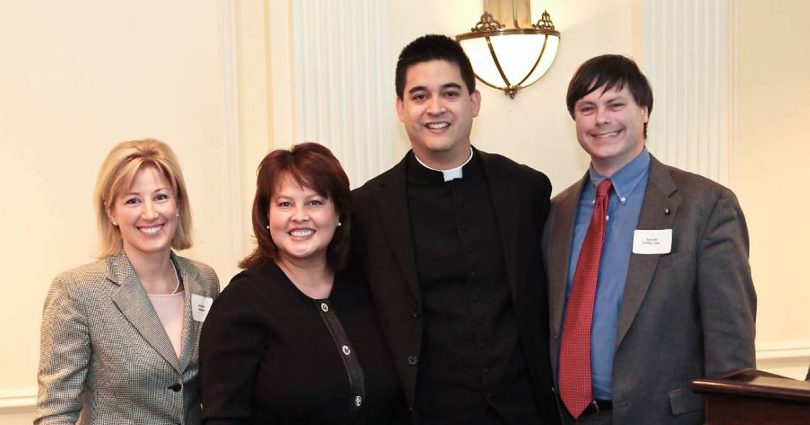 For some years now, the global population controllers have been working relentlessly to impose draconian anti-life measures on the Philippines. According to a September 21, 2008, Zenit news report, the United Nations Population Fund (UNFPA) “has appropriated $26 million to the Philippines for this purpose.” There is a real threat that the effort could succeed in the relatively near future. As of this February, HB 5043, the Reproductive Health (better known as “the two-child policy”) bill and S 1712, the so-called Magna Carta of Women bill, were being debated in the Philippines’ national legislature. Both were crafted by a group of Filipino legislators working in tandem with International Planned Parenthood Federation and the UNFPA.

Assault against the Church

The two-child bill would exert extreme pressure to limit family size to two children (under the guise of “responsible parenthood”), very aggressively promote all forms of contraception and sterilization, promote sexual immorality, undermine the traditional family, promote the radical homosexual agenda, mandate permissive sex education for children starting in the fifth grade, and pave the way for eventual widespread acceptance of contraception and abortion. It violates conscience rights and imposes prison sentences and/or stiff fines on any health care provider, public official, or employer that does not comply with this agenda and “any person who maliciously  engages in disinformation about the intent or provisions of this Act.”

The Magna Carta of Women bill purports to “ensure the substantive equality of women and men.” The Catholic Family and Human Rights Institute reports that it explicitly references

the Convention on the Elimination of All Forms of Discrimination against Women (CEDAW), a document which has been used by its compliance committee to promote a right to abortion. . . The bill’s definition of gender goes against traditionally understood meanings of the term. . . The ‘Magna Carta’ is backed by CEDAW Watch Philippines and the Family Planning Organization of the Philippines, an affiliate of International Planned Parenthood Federation. . . Concern over the bill’s reference to comprehensive health services remains. (January 15, 2009)

Both bills clash head-on with the Philippines’ strongly Catholic heritage, and thus the country’s Catholic bishops are mounting a vigorous effort to defeat them. The Filipino bishops’ conference is collecting signatures on a petition addressed to Gloria Macapagal Arroyo, the countrys president, expressing opposition to the Reproductive Health bill. The February 15 Cebu Daily News reports they have warned that the Magna Carta bill “goes against women’s ‘natural calling for marriage and motherhood,’ and opens the door to legalizing prostitution and abortion.”

The Washington, DC-based nonprofit Filipino Family Fund is also collecting signatures for the petition against the Reproductive Health bill. Any interested person can sign it, to show support for those battling to preserve the Philippines’ traditionally pro-life, pro-family culture (see below). “We have to defend the Church now or the rest of Asia will be at stake,” Eileen Macapanas Cosby, the Funds president, emphasized (Zenit, September 21, 2008). She believes Planned Parenthood has targeted the Philippines precisely because it is a Catholic country. The Fund works to support leadership in the Philippines through activities aimed at strengthening traditional family structures and values, health care, education, and democracy, and by working to combat human trafficking.

Rev. Jerome Magat, of the Roman Catholic Diocese of Arlington, Virginia, is the parochial vicar at Saint William of York Catholic Church in Stafford. He also serves as the fund’s chaplain and as a board member. Although US-born, he lived in Manila during his grade school years, after which time his family relocated to Washington, DC. On January 22, he received an award from the fund and the Washington, DC- based nonprofit Culture of Life Foundation, for fighting “valiantly to defend fundamental human rights—including life, religious freedom, and strengthening families.”

Celebrate Life asked Father Magat why American pro-lifers should be concerned about what is happening beyond US borders. He responded, “Human life is a constant worldwide. Not only that, a lot of development money that goes into the Philippines comes from the United States, and it starts from taxpayer money. So you have a right to speak out in favor of life because some of the money you pay in taxes will go to support the policies that this administration is going to support [abroad].”

How has such anti-life, anti-family legislation advanced this far in an ostensibly Catholic country like the Philippines? “When you have a secularist mentality sneaking in, it should not be surprising International Planned Parenthood and UNFPA find the Philippines very fertile ground for their work,” he explained, “because they can speak a language that speaks to the heart of the daily experiences of a Filipino. They will be looking at the problem with myopic glasses: ‘What’s in it for me?’ They won’t be looking at it long-term. I’m not surprised when people succumb to this mentality. It’s very attractive, but when you really unpack it all, then you see how destructive it is. That’s what the Church is trying to communicate.”

Father Magat also said that Filipino values are “very pro-family, pro-faith, pro-child. This legislation is not. But it is being marketed as such. I don’t think that a lot of Filipinos quite realize the long-term damage this kind of bill can promote. They don’t grasp the depth of the problem, because the concept that I always hear is, ‘That will never pass in the Philippines.’ Well, guess what? They are getting close. So, if there is any time for Filipinos to be vocal and active, now is the time. . . It is a really, really dangerous time in the Philippines.”

For more information on the Filipino Family Fund and to sign the petition, visit FilipinoFamilyFund.org or call 703-314-3020.