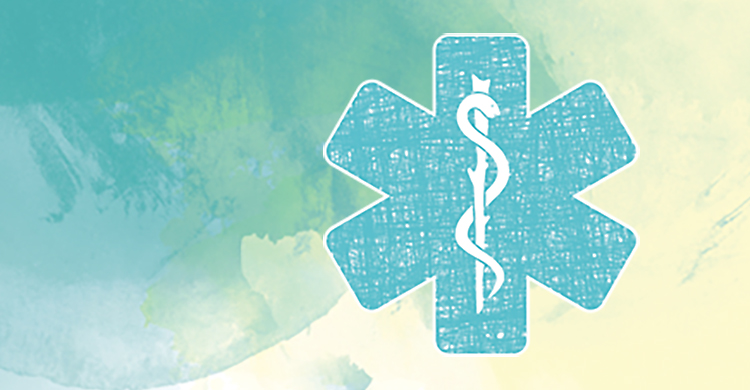 British physician Dame Cicely Saunders is credited with founding the modern hospice movement, and setting the highest standards in care of the dying. She wanted to make sure that people could die with dignity and free of pain.Her philosophy was, “You matter because you are you. You matter to the last moment of your life, and we will do all we cannot only to help you die peacefully, but also to live until you die.”

Hospice care is available to patients who have been diagnosed as having six months or less to live, although this diagnosis is not always accurate. Some live longer and others die more quickly. If a patient lives longer than six months, hospice care can continue as long as the hospice medical director or other hospice doctor re-certifies that he or she is still terminally ill.

In hospice, patients are given comfort and supportive care including symptom and pain management, but not curative treatment.

Palliative care grew out of hospice, but is quite different because palliative care does not focus only on the dying. Anyone who has a serious, chronic, and/or life-threatening illness can begin palliative care, and at the same time, continue to look for a cure. At its core, palliative care is a beautiful, total-care concept with a team that might consist of doctors, nurses, therapists, chaplains, psychologists, and others depending on the patient’s needs. The goal is to relieve suffering and give support wherever needed to improve quality of life. Patients may even recover and move out of palliative care, or they might worsen and segue into hospice care, at which time they would no longer receive curative treatment for their underlying disease.

Physician-assisted death versus doing no harm

Those of us who respect life had hopes that excellent palliative care would become the ultimate antidote to the persistent physician-assisted suicide movement, and we still hope for that because the original concept is one of caring on all fronts. However, a very unfortunate development has unfolded. Organizations sympathetic to physician-assisted suicide and euthanasia began an aggressive outreach to hospice and palliative care medicine with a focus on transforming the goals of palliative care. This progression is carefully documented on Life Tree’s website. “A major transformation of traditional medical ethics is taking place. What was once unthinkable has become acceptable. . . .  In the last half of the 20th century, a multimillion dollar social engineering and marketing project financed by foundations and directed by bioethics think tanks has normalized the withdrawal of ordinary care,” says Dr. Elizabeth D. Wickham, Executive Director of LifeTree.1

The Center to Advance Palliative Care (CAPC) was founded at Mount Sinai School of Medicine in New York City and has become recognized as the nation’s premier training center for development of palliative care programs around the US, but the lesser known and quite troubling fact is that the founders of CAPC have a long history as proponents of physician-assisted suicide.2

Physicians for Compassionate Care Education Foundation (PCCEF) also had serious concerns about the American Academy of Hospice and Palliative Medicine (AAHPM) when their board of director’s position statement regarding “Physician-Assisted Death” was altered to change its position from opposing physician-assisted suicide to one of “studied neutrality.” One of the questions PCCEF asked in an article published after reading the revised statement was: “Is there a political bias favoring assisted suicide among the leadership of AAHPM? Has one of the key authors of this revised position, Timothy Quill, a known supporter of assisted suicide, pushed the AAHPM Board of Directors to shift the power and influence of the organization in alignment with other promoters of assisted suicide and euthanasia?  Given the previously published work of Dr. Quill, we find the claim of ‘neutrality’ of this important group of physicians disingenuous, if not frankly deceitful.”3

This is the same Dr. Quill who provoked a great deal of debate when The New England Journal of Medicine published his story about a woman called “Diane,” a patient whom Quill said he helped to commit suicide. In Dr. Quill’s story, he admitted to providing a prescription for the drugs she used to kill herself.4

Timothy E. Quill and Margaret P. Battin are the authors of the book Physician-Assisted Dying: The Case for Palliative Care and Patient Choice. Professor Antonio Casado de Rocha, PhD, at the University of the Basque Country in Spain, wrote a review of the book for Metapsychology on-Line Reviews. He stated, “The conclusion by Quill and Battin is clear: excellent palliative care should be the standard, and physician-assisted dying the last resort, but a legal one” [emphasis added].5

Might it be of concern that the American Academy of Hospice and Palliative Medicine named Timothy E. Quill, MD one of the 30 most influential leaders in hospice and palliative medicine in 2013?

In an address to the Pontifical Academy for Life in 2010, Pope Benedict XVI addressed fundamental problems with bioethics. He told the attendees that “some ethicists warn that modern bioethics is in fact a new normative system of ethics that, based on principles of utilitarianism, can never be compatible with Natural Law principles.” He went on to say, “Under traditional medical ethics, the guiding principle is ‘do no harm.’ But contemporary bioethics abandons this . . . in an effort to find the utilitarian goal of the ‘greatest good for the greatest number.’ Under these principles, preserving the life of the human patient is not considered paramount.”6

With this kind of background information, it is not too surprising to learn that a group of experienced, ethical hospice professionals became alarmed when they discovered that not all hospices were living up to the proper standards of health care, sometimes even violating patients’ and families’ rights. They also noted that palliative care in the wrong hands could prove deadly. The Hospice Patients Alliance (HPA) grew out of this concern. Its mission is to promote excellence in end-of-life care and relieve suffering at the end-of-life while allowing natural death in its own timing. HPA hopes, through education and outreach, to counteract the abuses it sees happening in its field.7

When used properly, palliative care is wonderful. But Ron Panzer, BA, LPN, one of the founders of HPA said, “There is something else out there masquerading as palliative care. Reports keep coming in to our organization about certain facilities where every patient there is being ‘sedated’, because all patients who come there are agitated. That is not palliative care nor the clinically-precise application of palliative medicine but a perversion of it.” Panzer continued, “This misuse of palliative care is a deliberate railroading of patients to an imposed death, a death hastened through what is called ‘palliative’ or ‘terminal’ sedation (TS).” Additionally, HPA found that some hospice agencies are training their staffs to do this type of “stealth” euthanasia through the misuse of TS.8

The terms “palliative sedation” or “terminal sedation” lack precision. The terms can have different meanings. A common understanding of terminal/palliative sedation is the monitored use of medication to sedate a patient to varying degrees of unconsciousness in order to relieve intolerable pain which cannot be controlled any other way. Death is not intended and the patient dies from the underlying disease. Occasions when pain cannot be controlled except by TS are very rare due to our greatly improved methods of pain control. But those who would like to see euthanasia and/or physician assisted suicide legalized also use the term “terminal sedation.” For these organizations and individuals, the intention of “terminal sedation” is to terminate the patient’s life. According to Canadian Professor Margaret A. Somerville of the McGill Centre for Medicine, Ethics and Law, an essential component of TS is the withdrawal of all treatment, including food and water, so that death occurs as soon as possible. There are doctors who condemn assisted suicide but have embraced TS as an ethical “choice.”9 There are some physicians who call the practice Dr. Somerville describes “slow euthanasia.”

“Some ethicists and doctors have proposed ‘terminal sedation’ as a legal alternative to assisted suicide,” says Nancy Valko RN, a former hospice nurse and current nurse consultant. “However, even in circumstances where such medications might be necessary, I have never seen a case where a patient ‘needed’ to be made permanently unconscious.” But she is concerned about another aspect of TS rearing its ugly head, one which would be touted as a cost-saving device for health care institutions. Originally, hospices were non-profit organizations. Today the majority are for-profit companies. When profit becomes an important issue, care can be compromised. For example, Valko asserts that “the newer health care system problems of cost-containment and stressed, overburdened caregivers can make TS even more attractive—and dangerous—to patients, families and medical professionals alike.”10

What we need to demand

It is important to realize that not every hospice and palliative care program will employ unethical methods. If you or a loved one uses either of these services, it would be prudent to find out their policies and philosophies ahead of time so as not to be caught unaware.11 Make sure the care will be what you want and expect by asking many questions. To be free from pain, have your values respected, and be treated with dignity are reasonable expectations. It is so important to demand excellent quality from an institution and ethical end-of–life care. For those who support the sacredness of human life, intentionally causing death is never acceptable. Nutrition and hydration should be considered basic, ordinary care, even if delivered by artificial means, unless the body is no longer able to process them and/or they are causing serious complications. Hospice and palliative care that respect the sanctity of life do not impose death in any way. They allow natural death to occur in its own timing with loving, supportive care along the way. We need to demand quality, ethical palliative and end-of–life care.

11 A guide for questions to ask when interviewing a hospice agency is available on page 12 of Informed: A guide for critical medical decisions, a publication of the Pro-life Healthcare Alliance, a program of Human Life Alliance, humanlife.org/files/8714/0966/9899/informed.pdf.

As an RN with 45 years of nursing experience, including many end of-life situations, I’m sure the Pope meant “ethical” palliative care, which is indeed wonderful for both patients of any age and their families. Unfortunately, there is a growing trend towards calling unethical practices “palliative care.”

For example, just last year, I saw a middle-aged nurse/friend’s life deliberately ended due to so-called palliative care labeled “comfort care.” She had recently suffered a severe brain injury and was declared hopeless after a couple of weeks. The family was strongly encouraged to switch to “comfort care.” She was taken off a ventilator, had her feeding tube removed (against family wishes), and continued to receive the sedation medications used when she was on the ventilator, even receiving an increase in those medications when she continued to breathe on her own, until she died a few days later.

The public needs to be aware of such practices and what the Church teaches so that they can make informed decisions if they find themselves or a loved one in a difficult situation.

Germaine Wensley RN, is a founder and president emeritus of California Nurses for Ethical Standards (CNES) where she presently serves as vice president. She is the editor of Life Scenes, a publication of CNES, and speaks on sexual health for high schools. She is an executive board member of the Scholl Institute of Bioethics. She is past president of