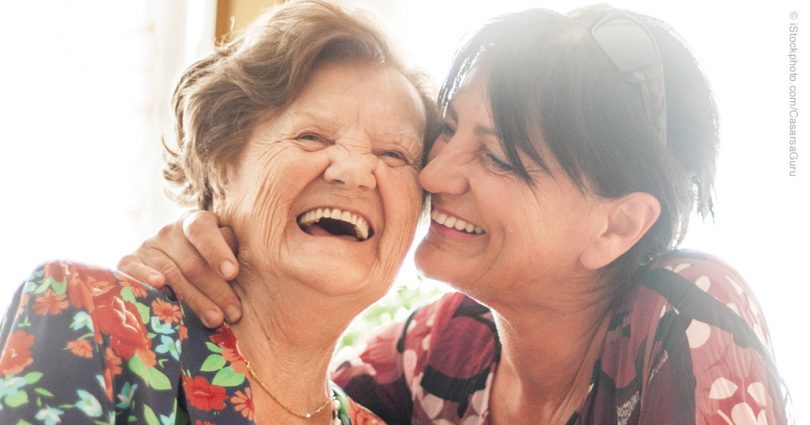 Alice sat at an empty table, playing cards by herself. A wispy fringe of gray hair curled around her temples, and though she kept her head down, I knew her rheumy, blue eyes had lost all traces of hope.

While others with varying shades of gray and white hair waited in the lounge with anticipation on their faces, Alice ignored the sliding sounds of the doors. The announcement that visitors had arrived meant nothing to her.

I asked her when she thought her daughter would be coming back to visit, but I didn’t get a response. Once upon a time, her daughter was all Alice could talk about.

I sat with her until the lounge filled up with the families who had come to visit the residents. Then she and I retreated to her room where, with tears in her eyes, she sat on the edge of her bed and played with the fringe on her bedspread.

As a volunteer at the nursing home, I had seen many residents who were cast aside. Alice was not the only one. After five years, her children and other family members felt that visiting her had become a chore. Their schedules were filled with various activities—soccer camps, cheerleading, camping, and beach parties—none of which could include Alice. But instead of trying to find ways to keep her a part of the family, they’d rejected her because her memory was failing. Sometimes, she couldn’t even remember their names. Visiting had become too hard for them.

The statistics are sobering. The CDC 2010 National Survey of Residential Care Facilities reveals that, while a large portion of residents received a visitor at least once a month, eight percent of residents didn’t receive any visitors at all within a 30-day period. That may not seem like a high number, but considering that an average of 1.4 million people live in nursing homes today, that’s 112,000 people who don’t receive visitors.1

While that number is depressing, it shouldn’t come as a surprise. Older people are often seen as the throwaway generation, especially those with memory deficiencies and/or illnesses that have rendered them unable to communicate.

Martha was one such resident.

I met Martha in another nursing home where I volunteered. She lived there for seven years after she developed dementia. And while her family visited frequently at first, just two years later they couldn’t seem to find the time. Maybe they thought that Martha wouldn’t remember them anyway and couldn’t understand the point of visiting. It seemed to only upset them to see her that way, and they couldn’t bring themselves to even try.

When she died, her family planned an expensive funeral with all the trappings to show how much she was loved. It was the first time many of them had seen her in years, and they were surprised at how she didn’t look like the Martha they remembered.

She had lived less than 20 miles away from most of them, but in five years, they couldn’t be bothered to visit her, even though such a visit would have had a positive effect on her.

The importance of visitors

In an article posted by Saunders House—a residential facility for aging adults—Susan Irrgang, RN, LNHA, the executive director, said that “in general, memory care specialists agree that visits from family and friends can be very helpful to a parent in memory care by improving their emotional state, their sense of belonging and their self-esteem.”2

Too many of our seniors are being forgotten because they have forgotten the lives they led outside of a care facility. Some families think people with memory loss can’t possibly be hurt when no one comes to visit them, but even though residents might not know the name of the person visiting them, they can still express emotion and can still feel happy. Further, having someone with them will often relax them.

When I visited with my friend, Esther, a 97-year-old woman who didn’t remember much at all, we sat by the back window that showcased the beautiful Smoky Mountains, drinking coffee and sharing smiles. I would tell her how pretty she looked, and occasionally she would grin. There wasn’t much conversation, but there was communication.

All five of Esther’s children visited her frequently, the one who lived close coming by every day. And each time I saw Esther, she was well-groomed, smiling, and holding a cup of coffee. It was one of the pleasures in life she’d never forgotten.

Esther passed away at 101, having spent the better part of her nineties in a nursing home, but she had enjoyed those last years of her life. I was a witness to some of them, and she died knowing she was loved.

That is what every senior deserves—to be cherished, to be loved, and to never be forgotten.

1. “Visitors, Family & Friends Are Among the Most Common Visitors,” SeniorCare.com, accessed September 13, 2021.

Rachel Carrington is an author, a cover artist, and a freelance writer who has written over 700 articles. She is passionate about God, being positive, and coffee.