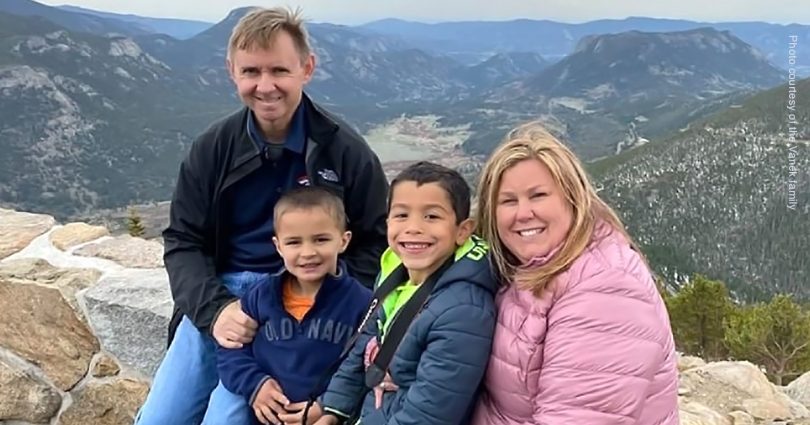 When people find out that our two boys are adopted, we often hear how lucky they are to have us. In all honesty, we are the lucky ones. Two amazing women chose us to be parents. We would not be the family that we are had two brave birth mothers not decided to give their boys opportunities that they themselves were not able to provide. Above everything else, they chose to give them life.

As I was unable to have children, my husband and I had always known we would adopt, so we began our adoption journey immediately after we got married. And while this journey definitely had its ups and downs, I look at my sons, Louie and Rickey, and I know that it was worth every moment.

Our first match with a birth mother fell through and brought immense heartbreak and tears. When we were matched with another mom, we feared that something would happen and that it would fall through, even though the mom had emphatically stated she would not change her mind.

At the time, the birth mom told us she was due in early April 2014. Through sporadic phone conversations, we started to get to know her. Then one morning in late March we were told that she was in labor. We booked a flight that morning and excitedly boarded the plane, ready to meet our son.

But when our plane landed, we had a message from our lawyer that said the mom was in false labor. As we were unable to get a return flight until the next day, my husband and I enjoyed the day together and were even able to meet Louie’s birth mother. We had dinner that evening and learned more of her story.

Louie’s birth mom had a lifestyle that we could not even imagine, but it was clear that she wanted to ensure that her baby had opportunities that she did not have and could not provide. Due to the fact that she had no prenatal care for the first several months, she initially had no idea when her baby was actually due. At dinner, we found out that she was not due for another six weeks.

Filled with excitement and anticipation, we flew out again in late May when we got the call that Louie’s birth mother was in labor. However, when we landed we had a message from our lawyer that it was false labor again.

Since it was so close to her due date, we decided to stay the weekend and explore the city hoping the baby would come. On Sunday we had to make a decision whether to go home or stay. My husband, Jeff, decided to go home, as he had a fairly new job. I decided to stay and go to Louie’s birth mom’s doctor’s appointment with her on Monday.

Around 10pm I was finally able to meet the most beautiful baby boy I had ever seen. Louie’s birth mom invited me into the room with her mom and stepdad and let me hold him for the first time. My heart was filled with so much love for this tiny little boy who sported a full head of black hair. I couldn’t wait for Jeff to join me.

The next morning, when Jeff and I arrived at the hospital, we were told that Louie was addicted to methamphetamines and that his birth mom had encountered some complications and was in surgery. We went and sat with Louie, and Jeff got to hold him for the first time.

Later that evening, after Louie’s birth mom came out of surgery, we checked in on her to see how she was doing. Sadly, we were her first visitors.

We spent the next few days at the hospital just holding Louie and adjusting to our beautiful son as he went through withdrawal. After four days in the NICU, we were finally able to leave the hospital.

Before Louie’s birth mom left the hospital, she wanted to say her goodbyes to him, and it was one of the most emotional moments I have ever experienced. We could truly see the love she had for this little boy. She had chosen adoption because she loved him more than anything. When she said goodbye, she handed us a bag with a couple of outfits and a blanket that she wanted him to have. She barely had any money to take care of herself, yet she wanted to make sure that he had something from her. These items have been stored away for him to have one day. 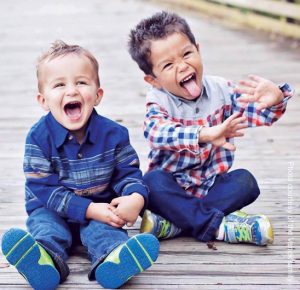 Since our adoption of Louie took about two years, and since my husband and I were both in our 40s, we decided to start the process for another baby immediately, as we wanted Louie to have a sibling. We were matched fairly quickly, only to find out a couple months later that the birth mom had disappeared, and no one could get in contact with her.

We had several more opportunities in which there was some interest, but we were never chosen. I remember going to dinner with my husband on our anniversary and telling him that I was happy with Louie, and I didn’t know if I could take the rejection anymore. He asked that we try until the end of the year, and if we weren’t matched by then we could stop the process, as our home study would expire at that time.

At 12:30 the next morning, our phone rang with a call from our adoption agency. She said there was a little boy who had been born two days earlier, and if we wanted him we had to be at the hospital by 10 in the morning. We were ecstatic!

We couldn’t go back to sleep, so we did laundry and packed the car until it was a late-enough hour to call our families with the news. We made arrangements for my sister to watch Louie, and we drove the four hours to the hospital.

When we met our son, we found this tiny little boy who was eight weeks premature and who was having a rough go of it. He had been born at home and almost didn’t make it. I had never held such a tiny baby. He weighed only four pounds, and his arms were so thin that I was afraid they would snap. But although he was tiny, he was perfect. And he was ours.

The nurses told us that he had had no visitors since the night he was born. They asked us what we planned to name him, and we told them Rickey. They lovingly made a sign for his room and decorated it with his name.

Rickey was literally our miracle baby. While he was in the NICU, I stayed with him, and Jeff went home to take care of Louie. They would drive in on the weekends to visit. When Louie held Rickey for the first time, my heart felt so full, and I knew these two would be best friends one day.

I sat with Rickey every day and held him as much as I could. The doctors had told us he would be in the NICU for at least six weeks, but after just three weeks he was healthy enough to be discharged. Again, he proved to us that he was our miracle.

Rickey’s birth mom was in an abusive relationship, and we don’t know if this is why she delivered him prematurely or not, but we do know she gave him the gift of life, and we believe in our hearts that she truly wanted what was best for him.

Today we have two wild and crazy boys who bring us new adventures every day and whose contagious smiles light up our worlds. Our lives have been forever transformed by adoption, and we wouldn’t change a second of it. Our two failed adoptions happened for a reason, and we truly believe that reason was so we would be the parents of these two very special little boys. 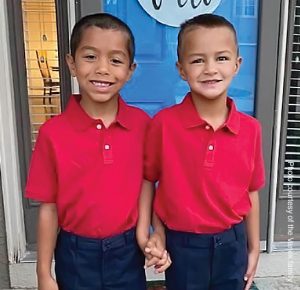 While we don’t have contact with either of the boys’ birth moms, the boys both know that they each have a special woman who grew him in her tummy and who allowed us to be his mom and dad.

To this day I frequently wonder how the birth moms are doing, and I thank God every day for their gifts to us and for their bravery in placing their sons for adoption. Regardless of their other life decisions, these moms will always be heroes to me, for they chose life for Louie and Rickey.

J. Vanek works for a healthcare company. She started working there out of college as a data entry operator and has worked her way up to senior director. Outside of work, she enjoys spending time with family and friends and loves to watch Major League Soccer and pro football. Her favorite vacation spot is anywhere with a beach. Her two boys and husband are the lights of her life.