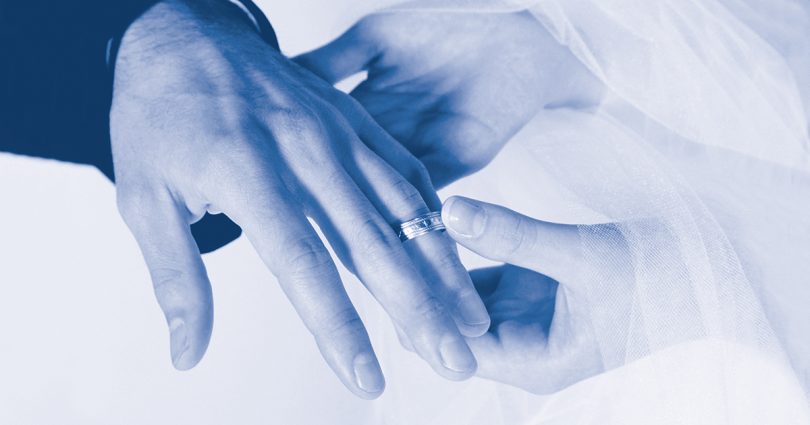 A storm of Planned Parenthood defunding initiatives is brewing on both the state and federal level, and thus American Life League’s The Pill Kills campaign couldn’t be timelier. This campaign, which started in 2008, is renewed yearly on Protest the Pill Day, which coincides with the anniversary of the Supreme Court’s nationwide decriminalization of contraceptive use.

From Dallas to Philadelphia, from Ohio to Wisconsin to California, men, women and children stood shoulder to shoulder on Saturday, June 4, in front of PP facilities, pharmacies, pharmaceutical companies and other public places to proclaim this year’s Protest the Pill Day theme: “The pill kills marriage.”

Legislators eager to defund Planned Parenthood because of its abortion business often stumble when it comes to defunding contraception. Ironically, they echo the propaganda of the successful, almost 100-year-old social engineering campaign started by PP’s notorious foundress, Margaret Sanger: Contraception reduces the abortion rate and strengthens marriages. But that fallacious argument was confronted head-on at this year’s Protest the Pill Day observance in Dallas, Texas.

This was followed by the “The Pill Kills Marriage” seminar, held at St. Patrick Church and broadcast live through the Internet, through the efforts of Stop Planned Parenthood International (STOPP), the Catholic Pro-Life Committee of North Texas (CPLC) and STOPP of Dallas (an ALL Associate group).

The first speaker was Karen Garnett, executive director of the CPLC, the respect life ministry of the Diocese of Dallas. Karen put the abortion giant on notice: “The eyes of Texas are upon you, Planned Parenthood.” She said Texas is currently working, in a special state legislative session, “to defund every tax dollar that has been going to Planned Parenthood.”

The pill and the unparalleled demise of marriage

Karen was followed by Rita Diller, The Pill Kills campaign director, who mapped out the birth control pill’s impact on marriage and family.

“It was radical feminist Margaret Sanger who conceived the idea of a ‘magic pill’ contraceptive in 1912,” Rita explained. “It was Sanger who obtained extensive financing for hormonal contraceptive research. And it was a Planned Parenthood lawsuit, Griswold v. Connecticut, that led to the Supreme Court’s decriminalization of the use of contraceptives, on June 7, 1965.”

Sanger founded the Birth Control League in 1916, which became the Planned Parenthood Federation of America in 1942. The Food and Drug Administration approved the use of the pill for contraception in 1960 (though it hadn’t yet been decriminalized in all states). In the early 1960s, she set about brainwashing women to take the pill by convincing them that they had been slaves to their wombs, and that the pill would free them from suffering and save lives by preventing abortions.

Sanger’s social engineering continues today, with PP still working tirelessly to convince the masses that contraception prevents abortions—even though PP itself committed over 332,000 abortions last year and its annual abortion toll continually rises. Moreover, according to PP’s own research organization, the Guttmacher Institute, 54 percent of women who undergo abortions use contraception in the same month they become pregnant.

Is it mere coincidence that the U.S. has experienced these negative social trends since the FDA approved the pill?

4.    50% of marriages in the U.S. end in divorce, whereas married couples who practice natural family planning have a divorce rate of 0.2%.

5.    The U.S. fertility rate has dropped from 3.7 children per woman of childbearing age in 1960 to 2.1 by 2006—minimal replacement level. Fertility rates are below replacement level in all other developed nations, which are facing economic collapse caused, in large part, by a small number of young people having to support a large elderly population.

The evidence is all around us that the pill kills marriage—and the natural effect of this tragedy is the death of society as we know it. “Generous married couples must rise up in extraordinary numbers, opposing contraception and embracing Christian marriage by opening their hearts and homes to many children,” Rita stated.

The death of a marriage

Deacon Rick joined his wife, Jenny, as she shared her poignant testimony.  When Jenny decided to marry, she asked her doctor about natural family planning, since her future husband needed to finish his college degree. “He laughed at me and sent me out the door with a prescription for the pill,” she recalled.

She then turned to her parish priest, who didn’t know where she could go to learn NFP. “What am I to do?” she asked. His reply: “Follow your conscience.” Confused and perturbed, she began taking contraceptives. Nonetheless, she gave birth to two daughters in rapid succession, and her husband left her after the second was born. Having never wanted children, he advised Jenny, “Put them up for adoption.” But she took on the difficult task of raising her daughters alone.

The pill and spiritual death

Father Daniel McCaffrey, also with Natural Family Planning Outreach, was the seminar’s keynoter. A priest of the Archdiocese of Oklahoma City, Father McCaffrey holds a doctorate in sacred theology, and has established successful NFP programs on the diocesan and parish level. He now speaks nationally and internationally on contraception and its deadly impact on marriage, family, vocations and society in general.

Early in his priestly ministry, Father was encouraged by Bishop John Nolan, an auxiliary bishop of the Archdiocese for the Military Services, who told him that contraception is “a cancer that is in the very innards of Holy Mother Church. You have to continue preaching on it.” Father began his talk with this quote from President Theodore Roosevelt (1858–1919): “Contraception is the one sin for which the penalty is national death.”

Contraception kills marriage in many ways. It kills the spiritual life, he said, because “Satan won’t tell people to not go to Mass or to blaspheme, but will come in through the back door by suggesting they become unchaste in their sexual life. Unchaste living and contraception are the satanic venom that destroys our ability to have a love for God and the things of God.”

He mentioned Saint Jerome and Saint Alphonsus Liguori, two doctors of the Church who believed that most people who go to hell lose their souls because of sins against chastity. In her 1917 apparitions to three children at Fatima, Portugal, Our Lady told them that more souls perish because of sins of the flesh than any other sin.

God is life and the giver of life, Father explained, and thus contraception is an assault on His very jugular vein. It’s also a terrible sin against human dignity. “God gave the power to create to men and women—a privilege He didn’t give even to the angels,” he observed. Mutilating or destroying that God-given power, through sterilization or contraception, is a heinous violation of the fifth and sixth commandments.

The pill also kills intimacy in a marriage and kills communication, Father explained. Not surprisingly, many men tell him the romance is gone from their marriage. “If you turn your wife into a chemistry set for your own pleasure, and don’t respect how God put her together and how she feels, she will become cold and distant.” Marriage then becomes very boring, since contraception everything God intended. It’s a syndrome that often leads to divorce.

Father McCaffrey delivered a compelling message to priests on the necessity of preaching against contraception from the pulpit: “The Holy Spirit in the teaching office of the Church is the same Holy Spirit in the hearts of those good people in the pews. That teaching will resonate in the hearts of the people because the Spirit is with them, in the teaching, in you. Don’t be afraid! It will resonate. That has always been my model and my experience: that people applaud—stand up and applaud—when they hear the truth.”

Rita Diller is national director of STOPP International (www.STOPP.org) and The Pill Kills, which are projects of American Life League.  To learn more about the birth control pill and to view videos from the Dallas seminar, visit ThePillKills.com.

How the pill kills marriage

God and nature have ordered marriage and conjugal love toward two ends: 1. Procreation, and the nurturing and education of children. 2. Strengthening the loving bond between the spouses, thus creating society’s most important community—the family.

Birth control pills (also known as oral contraceptives) work by three modes of operation: 1. They suppress ovulation. 2. They thicken cervical mucus, making it difficult for the sperm to travel through it. 3. They may cause early abortions, since the pill prevents the lining of the uterus from being sufficiently prepared for a newly created child to implant (should ovulation occur).

The pill is designed to make intercourse sterile or, alternatively, make it impossible for the newly created child to live. This means that using the pill makes the reproductive system dysfunctional, and strips marriage of its meaning and purpose. The pill’s chemical composition has a profoundly negative impact on the couple’s bonding and relationship as well.

A British scientific journal, Proceedings of the Royal Society B: Biological Science (August 2008), reported that the hormones in the pill may cause a woman to choose an incompatible mate, which sets women up for relationship catastrophes when they stop taking the pill. Similarly, a woman who begins taking the pill after marriage may find that she becomes disinterested in her husband.

A very common reason that women become disinterested in their husbands and vice versa is that the pill can cause a loss of libido. Moreover, the sterile intercourse produced by the pill leads to women becoming mere objects of sexual gratification for men, which results in men losing respect for women.

Just a few of the pill’s milder side effects are headaches, dizziness, loss of scalp hair, acne, mental depression, nervousness, weight gain or loss, premenstrual syndrome,  gastrointestinal symptoms (such as abdominal cramps and bloating), and vaginitis (inflammation of the vaginal area). The pill’s serious side effects range from cancer to kidney failure.

Thus, even if one ignores the negative spiritual consequences that arise when oral contraceptives are introduced into marriage, the pill’s chemical repercussions can have a devastating or even lethal impact on marriage. See www.ThePillKills.com for more details and documentation.

Rita Diller is a pro-life consultant, speaker, and investigative journalist with decades of experience confronting and stopping Planned Parenthood. She is past national director of ALL’s Stop Planned Parenthood International, and has served as Respect Life Director of the Roman Catholic Diocese of Amarillo, Texas, for 12 years. Contact Rita by email at [email protected]