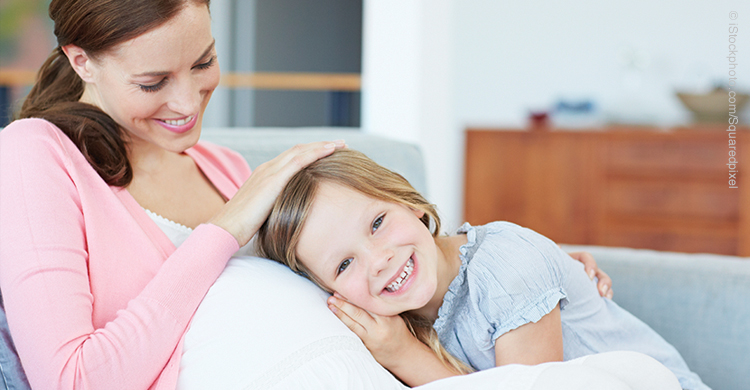 “So, how did the baby get in there?” inquired my rosy-cheeked four-year-old, patting my swollen belly. I could have easily quipped that I had swallowed a watermelon seed or spun tales of storks, rather than hug him, smooth my hand over his tawny hair, and tell the truth.

Staring into Ryan’s blue eyes, I spoke to him of the special love that Jesus gave to mothers and fathers, and how, from that love, grew a little baby who lived in his mother’s womb until he was strong enough to come out. “Okay, Mama.” I patted his head as he ran off to play with his two older siblings. That was just enough.

Later, my kids would pepper me with questions on mating spiders, baby rabbits, and the differences between boys and girls. I would answer with just enough detail to assuage their budding curiosity.

By the teen years, a bond of trust had been established and I was able to address every question asked, and in so doing, gifted them with magisterial teachings on chastity (see Catechism of the Catholic Church [CCC], sections 2337–2359). Their questions were rarely simple, but prayer helped me tackle the bristly topics accompanying puberty and sex, without too much embarrassment.

As I shared, my own faith solidified, especially while researching my responsibilities as a parent. There was never a need to have a formal “birds and bees conversation” as was customary in years past, because I incrementally divulged the answers they needed in a measured, age-appropriate, and honorable manner, as their questions arose.

While growing up as the eldest of five children, I didn’t know where babies came from. When my menstrual cycle began at age 11, all that greeted me was a four-volume set of The Life Cycle Library: For Young People (1969). This was an age of silence with serious questions left unanswered. Nothing else was said. Ever. Everything I needed to learn after that came from a few scratchy cartoon videos shown in my gym class and my better-informed friends, and it seemed both sterile and carnal.

I later realized that my parents’ reticence to explain sexuality reflected an approach that, I believe, contributed to my own generation’s undoing. God commands parents to be the primary educators of their sons and daughters (see CCC, sections 2221–2229). By not speaking, our children will learn in secret or from those not as invested in their lives, to put it mildly. But if we provide proper guidance, we can instill in them a greater sense of respect and morality. Children are great imitators, so sexuality is first learned through their parents’ example. If mothers and fathers are affectionate and loving, and welcome babies into the family, this provides a great opportunity for children to witness God’s design for love and marriage.