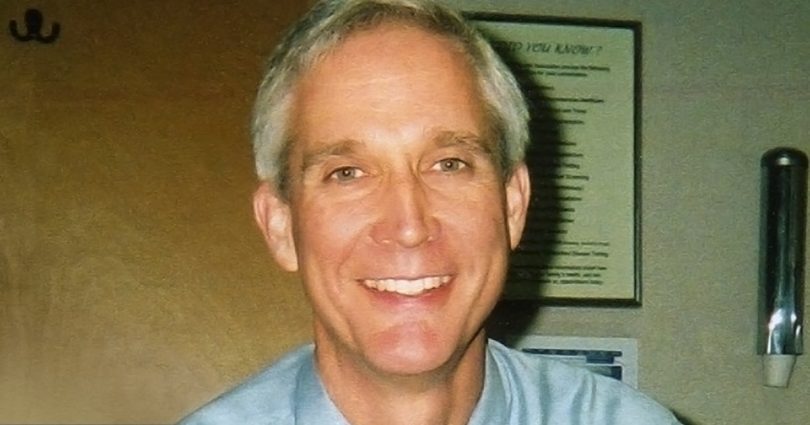 When one leaves their heart open to God’s will, they can never be certain how or when He will call upon them. Such is the case with Richard Wetzel, M.D., who, after years of observing the negative impact of sexual sin on his patients’ lives and the positive impact of fidelity to God’s laws within his own marriage, has been led to use these life experiences to educate others on the moral approach to human sexuality. However, a personal tragedy may soon cost Dr. Wetzel his life.

Dr. Wetzel was born and raised in the San Fernando Valley of Southern California. His father was an engineer, and he was one of four children. His family was more than nominally Catholic but was not devout. He met his future wife, Dominique, at the Catholic Newman Center while attending the University of California at Los Angeles. After graduating with a biology degree, he earned his medical degree in 1984 from Albany Medical College in Albany, New York. By this time, he had broken with the Church, believing its teachings on sexuality to be outdated and unrealistic.

Dr. Wetzel and Dominique married in 1985 and settled in Huntington Beach, California, about an hour’s drive south of Los Angeles. Huntington Beach was also where he began working as a family physician. During their engagement, Dominique had informed him that she would be using natural family planning instead of artificial birth control. Dr. Wetzel had reluctantly agreed, believing she would soon change her mind. But it was he who would change his mind. “A few years into my marriage and using NFP, I came to realize that something good was going on,” he explained. He came to believe that contraception was harmful to a couple’s relationship and led to many evils, such as abortion. By 1989, he was refusing to prescribe contraceptives for his patients.

He began studying the Catholic faith intensively and was particularly impressed with Pope John Paul II’s encyclicals Veritatis Splendor (The Splendor of Truth, 1993) and Evangelium Vitae (The Gospel of Life, 1995). It wasn’t long before he wanted to share his newfound knowledge with others. “Richard has always wanted to save the world,” Dominique remarked. “He’s a dreamer. He even thought about becoming a missionary.”

In his medical practice, Dr. Wetzel saw how much sexual immorality harmed his patients, not just in terms of disease, but also in their personal relationships. This motivated him to start writing Sexual Wisdom: A Guide for Parents, Young Adults, Educators, and Physicians, his first book challenging popular culture’s skewed perspective on sex, which he self-published in 1998.

Number one on his list or what he identifies as the worst of 17 misconceptions: “People, especially men, have specific, genital, sexual needs.” Calling it the “fundamental attitude underlying abuse of sex in society today,” Dr. Wetzel says this misconception has become the basis for an addictive approach, whereby the “need” for sex becomes analogous to an alcoholic’s “need” for a drink. Based on natural law and common sense, he argues that sex should be an enhancement of the love relationship between spouses, not the fulfillment of one partner’s “sexual needs.” The couple’s focus should be on their relationship, not sex. He opines, “We must ask whether genital, sexual activity is part of a relationship or an end in itself.” Sex, he continued, should “enrich and validate a balanced, healthy relationship.”

In this book, Dr. Wetzel discusses the concrete effects of sexual immorality on modern society, such as the explosion of sexually transmitted diseases. In the 1990s, some 45 million Americans had genital herpes and one in five Americans suffered from an incurable STD, with 12 million new STDs diagnosed annually. Children suffered too: Forty percent of American children lived in fatherless homes. He described how contraception harms the relationship between spouses, and explained that homosexual behavior is both addictive and unhealthy. At the time he wrote the book, about 28 percent of homosexual men in America had a history of having over 1,000 sex partners and less than one percent, five or less.

Dr. Wetzel’s refutation of the last misconception he presented would ultimately lead to his second book. This misconception is that sex education should be ‘values free.’” He lamented that much ofthe sex education in American schools was contraceptive-based and destroyed the modesty of the more naïve students.

The book went on to receive great praise from religious leaders, especially within the Church. The late, highly respected John Cardinal O’Connor called it “a wonderful resource” and said, “Each chapter is a combination of scientific fact, common sense and moral value adeptly expressed in ordinary language.”

When it was time to teach his own children about sex, Dr. Wetzel took special care and eventually turned his lesson plans into a new book, Sexual Wisdom for Catholic Adolescents (2009), a home-based, comprehensive course for teens at least 16 years old. (See the pro-life book review in the September October 2009 issue of Celebrate Life.) Unlike the first book, SWCA was written from a distinctly Catholic perspective, and thus includes Scripture quotes and prayers before lessons.

The Wetzels have five children, and their oldest daughter, Susan, now a 22-year-old senior at a Catholic college, was the first to take her father’s course. She observed, “It really opened my mind to what a great gift human sexuality is, and how important it is to have a good and proper understanding of it.” Her sister Joan, now 20, took the course at age 16. She remarked, “It was one of the best things my parents ever did for me.”

SWCA begins with a tasteful presentation of the biology of human sexuality and transitions into an overview of the Catholic Church’s teaching on sex. Then, from a Catholic perspective, Dr. Wetzel discusses such topics as premarital sex, STDs, pornography, HIV/AIDS, contraception, sterilization, abortion, infertility, natural family planning, entertainment and dating guidelines, and more.

The entire book can be downloaded for free at SexualWisdom.com, or copies can be ordered at cost through the web site or on Amazon.com. All proceeds from both books are directed to Dr. Wetzel’s’ nonprofit educational corporation, Sex Education for Advanced Beginners, Inc. SEFAB’s sole purpose is to promote Sexual Wisdom, Sexual Wisdom for Catholic Adolescents and Dr. Wetzel’s other educational activities.

Dr. Wetzel is now an internationally recognized expert on sexuality. He has given presentations to parents, physicians, young adults and adolescents, and has been featured for many years on television and radio broadcasts, including FOX, EWTN Radio and Catholic Family Radio. He also serves as an advisory board member for Mary’s Shelter, a shelter for pregnant teens in Orange County, California.

A tragedy and a blessing

In 2007, at age 48, Dr. Wetzel felt a lump in a lymph node near his neck. Although he felt no physical symptoms, his training as a physician told him this was a likely sign of disease. The following day, he underwent a biopsy, which yielded a diagnosis of kidney cancer a kind that is particularly aggressive and quickly kills most who have it.

“It’s been difficult,” admitted Dominique. “I was particularly concerned for the children still living at home” (three of the Wetzel children are adults and two are in their teens). But as his family struggles to cope, and friends and family pray for his recovery, Dr. Wetzel remains hopeful. He has a strong will to live. Using his medical knowledge, he has sought treatments that help to keep him alive until a breakthrough, lifesaving drug (or other treatment) is developed.

Dr. Wetzel nearly died in the fall of 2009, and has been in and out of the hospital. He is in tremendous pain, which has taken its toll on his body. As of this writing, doctors are uncertain of his prognosis and he is continuing his treatment. The family is preparing for the worst, but hoping and praying he’ll bounce back again. Dominique disclosed, “It’s been a gift that we’ve had him for the last three years.”

Dr. Wetzel’s illness has already had at least one noticeable benefit: It has deepened his spiritual life. He has developed a deep devotion to the Blessed Mother and cherishes an image of Our Lady of Guadalupe that friends gave him. Dominique remembers that during a trip to a Lourdes grotto in South Bend, Indiana, he insisted that the family shiver outdoors in the snow while they prayed the Rosary.

He has also realized the value of sufferings offered to God. He offers his sufferings not only for his family, Dominique related, “but also that the Church’s message of chastity may be promoted throughout the world.”

An excerpt from Sexual Wisdom for Catholic Adolescents

Parents should have every confidence that they can offer their children a much better understanding of sexuality than what children can learn on their own. Providing children with a full presentation of Catholic sexuality by the time they “leave the nest” as young adults has many benefits: it ensures that children are adequately prepared for the contemporary world, such as it is; it gives children confidence in their parents’ love and concern for them; it lays the foundation for a lifetime of discussions about intimate or deeply personal issues; and, by giving younger children confidence that, at some point, they will be offered a comprehensive course on sexuality, it will reduce the possibility that children will prematurely search for answers from unreliable sources. Further, parents cannot rely on schools, not even Catholic schools, to educate their children properly on sexuality. The vast majority of what publicly educated children receive in this country on sexuality is grossly inappropriate and misleading. In many cases it is abusive and blatantly sinful. Similarly, many Catholic schools fail to offer students a faithful and proper introduction to the subject. Given what children are up against in this culture, one could argue that today’s parents are negligent if they do not assure adequate Catholic sexuality education for their children through late adolescence. Again, I suggest that every Catholic teenager should take this course or its equivalent, even if the student has had some sort of sexuality education in school.

—Excerpt from “Introduction to Parents” in Sexual Wisdom for Catholic Adolescents

To learn more about Dr. Wetzel’s mission and his books, and for ordering information, visit SexualWisdom.com. And please keep Dr. Wetzel and his family in your prayers.