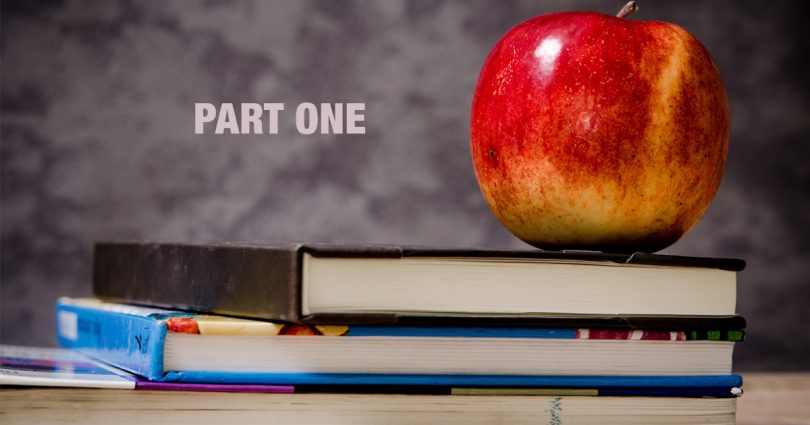 The culture of death has waged a cruel and relentless war on children in this country, but the war didn’t begin with the decriminalization of abortion, nor did it begin with the alleged “right to privacy” codified by the Supreme Court’s 1965 Griswold v. Connecticut decision, which decriminalized the use of contraceptives. The war started with the push to indoctrinate children about three letters: S-E-X.

Prior to the 20th century, the closest thing to sex education was marriage, and preparation for marriage consisted of parents teaching their children about the virtues of modesty and chastity. Modern man, however, in his so-called liberation from absolute moral standards, took it upon himself to publicize a deeply private and intimate act. The results have been devastating.

The history of sex education is a sordid affair. One of the earliest writings on the subject belongs to Margaret Sanger, foundress of Planned Parenthood. What Every Boy and Girl Should Know, published in 1915, laid the groundwork for what is now called comprehensive sex education in schools by advocating a clinical approach to what had previously been regarded as a moral, rather than medical subject.

In 1933, Elise Ottesen-Jensen, later a founding member of the International Planned Parenthood Federation, founded what is now known as the Swedish Association for Sexuality Education. This organization proudly acknowledges that its work led to the “abolition of the law on contraception, and the legalization of abortion and homosexuality.” In 1938, Sweden dropped its ban against disseminating information on birth control. In 1944, it decriminalized homosexuality, and by 1955, sex education was compulsory in Swedish schools

PP saw Sweden as the testing ground for introducing sex education in this country. In 1946, it adopted a resolution advocating school sex education for the U.S.

Meanwhile, the notorious Dr. Alfred Kinsey, a zoology professor at Indiana University in Bloomington, Indiana, shocked the nation with two publications known as the Kinsey Reports. Sexual Behavior in the Human Male (1948) and Sexual Behavior in the Human Female (1953), both of which relied heavily on fraudulent data obtained from convicts and known sexual deviants, formed the basis of

Kinsey’s theories on human sexuality. According to Concerned Women for America, “The scientific methods of Kinsey have been discredited by medical and social science professionals.” Kinsey believed that children are potentially orgasmic from birth, all forms of sexual experimentation are beneficial, adultery is natural and healthy, pedophilia and incest are healthy, and homosexuality is natural, healthy and acceptable. The Sex Information and Education Council of the United States was founded at Indiana University’s Kinsey Institute in 1964 to teach and promote these and similar Kinseyan theories on human sexuality.

SIECUS has been at the forefront of promoting and designing sex education programs in the U.S. Its first director was Dr. Mary Calderone, who also served as Planned Parenthood Federation of America’s medical director from 1953 to 1964.

In 1966, the National Education Association passed its first resolution endorsing sex education and the U.S. Department of Health, Education and Welfare began to push for including sex education in public school curricula, starting at the lowest grades. In the same year, HEW gave SIECUS funds to give a conference and develop the first sex education teacher training manual.

In 1970, federal funding for PP’s programs through the Title X program began, and PP and SIECUS began to collaborate closely. Thanks to SIECUS, PP and organizations such as the American Association of Sexuality Educators, Counselors and Therapists, by the mid-1970s, sex education courses had been widely implemented in America’s schools.

Sex education programs from kindergarten through high school continuously downgrade the intimate, affectionate, monogamous nature of human sexuality. Whether the sex educators purposefully intend to do so or not, their sex teachings act, nevertheless, to desensitize students to the spiritual quality of human sexuality.

In addition, every teaching known is used to break down the students’ mental barriers of shame, disgust and morality that are natural inborn mental dams that control base sexual urges.

One may wonder what sort of psychopath would believe it is appropriate to teach five-year-olds about such things, but once you recognize the barriers that are destroyed in the minds of youth, the agenda becomes perfectly clear. For about the first six years of life, a child’s primary means of learning are largely sensory experiences and observations of cause and effect. Scientists have been able to observe and track the growth of neural pathways directly related to this primary education. As these neural pathways grow and make more connections, it is important for the child to continue exploring, learning and making new discoveries.

However, Anchell points out, “If misguided adults, sex educators or child molesters cause the child to linger in these early sensual stages, an arrest in further sexual growth may occur.” Further, he warns they “may become fixed in the need for an undue amount of exhibitionistic and voyeuristic pleasures in his or her later sex life. In such cases, the eye replaces the genital organ as the primary sexual site.” If children this young can be programmed to become accustomed to pornographic images and sexual urges, then it is understandable why organizations promoting pornography, birth control and abortion would support it. These children become the seeds for future business.

The second phase of sexual development is known as the latency period, which begins at about age six and lasts until puberty begins. To sell the idea of sex education to the public, SIECUS and PP had to completely deny the existence of what Pope John Paul II referred to in his 1981 apostolic exhortation Familiaris Consortio as “the years of innocence.”

During the latency period, sexual feelings lie dormant, allowing the developing child to direct his energies toward growth in other areas. Children in this phase have stopped learning as much through the senses as they previously did and have begun to grasp abstract concepts, allowing them a greater capacity for learning subjects such as math, history and the mechanics of grammar. When comprehensive information on human sexuality is introduced at this stage, naturally dormant sexual energies are aroused, thereby reducing the energy naturally used for intellectual growth.

Anchell writes, “A partial summary of adverse effects due to the sex educators’ interferences during latency is that they 1) make the six- to 12-year-old student less educable; 2) can block the development of compassion; 3) weaken the mental barriers controlling base sexual instincts, thereby making the child vulnerable to perversions in later life.”

Comprehensive sex education proponents may scoff at such statements, but in the second part of this article (to be published in the next Celebrate Life issue), I will present the evidence that proves them true.

Michael Hichborn is a former researcher for American Life League and former teacher. He received an M.A. in Education in 2004.