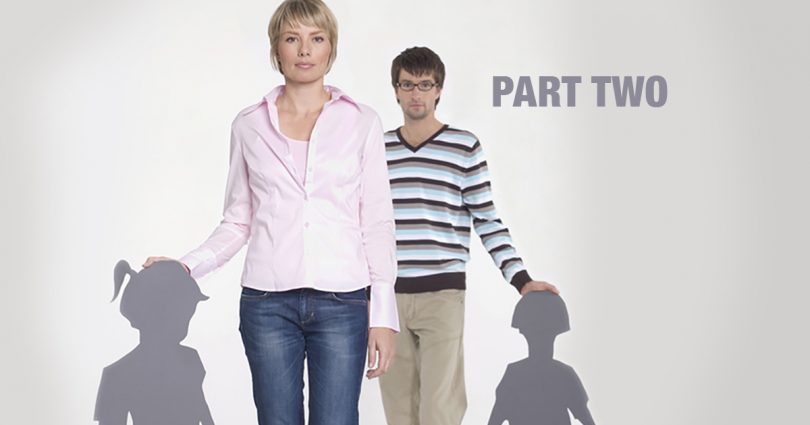 Editor’s note: This two-part article outlines the close connections between the contraceptive mentality, the modern eugenics movement and the overall expansion of the culture of death. It also examines the common denominators between certain drugs prescribed for menopausal women—now acknowledged as high-risk by the medical establishment—and hormonal contraceptives, which the medical establishment typically portrays as safe for women’s health. Part One was featured in our July-August issue. It sketched the history of the modern contraceptive movement, the invention of the birth control pill, its health risks and the health risks of certain menopausal drugs.

It’s encouraging that the medical establishment now grudgingly admits the risks posed by certain menopausal hormone drugs. But it is still mostly mum about the fact that those same synthetic hormones are present in chemical contraceptives—and it is still largely in denial that they pose any serious health risks.

To grasp the danger posed by synthetic progesterone, simply check the Physicians’ Desk Reference at your library. The most common side effect of the birth control pill norethindrone is irregular bleeding, but the risk of blood clots, ectopic pregnancy, ovarian cysts and liver tumors also exists.

Even more serious is the increased risk of breast cancer. Both the National Cancer Institute and the World Health Organization concur that the birth control pill in the combined form (synthetic estrogen plus synthetic progesterone) is a carcinogen. According to the Breast Cancer Prevention Institute, “Through their widespread use over the last 30 years, birth control pills and HRT [hormone replacement therapy prescribed for menopausal and post-menopausal women] are undoubtedly a significant reason breast cancer rates have increased 40 percent over that same period, especially in our young women” (If it’s not OK for him to take steroids … why is it OK for her? online brochure).

In the online booklet Breast Cancer: Risks and Prevention, the Institute’s Angela Lanfranchi, M.D. and Joel Brind, Ph.D. explain that “[e]ven the newer low-dose birth control pills or patch and hormone replacement therapy will increase breast cancer risk. There will be increased breast cancer risk whether these hormones are given orally, by injection or by absorption through the skin.” In Breast Cancer: Its Link to Abortion & the Birth Control Pill (2000), Chris Kahlenborn, M.D. reported that women under age 45 who took birth control pills for four or more years before having a full-term pregnancy have a 72-percent increase in breast cancer risk.

In Chasing the Cancer Answer, a documentary aired in 2006 by the Canadian Broadcasting Corporation, Samuel Epstein, M.D., professor emeritus at the University of Illinois School of Public Health, and cancer causes and prevention expert, described use of the pill as “the largest unregulated human trial that’s ever been conducted.” It’s easy to see how he can say that, since 11.6 million American women now use the pill, according to the Centers for Disease Control and Prevention.

Many doctors continue to prescribe the pill for such things as acne control and irregular periods, as well as for contraception. And women continue to swallow it. But if the same kinds of risk-laden steroid drugs were given to men, do you think there would be an outcry? (Hint: Check the title of the above-cited brochure.) And the depression experienced by so many women on the pill? This can be traced in part to the presence of synthetic progesterone, according to the late John R. Lee, M.D., who wrote groundbreaking books on women’s health in the 1990s.

The terms “progesterone,” “progestogen” and “progestin” are frequently used interchangeably in medical literature and popular magazine articles, and unfortunately, even the dictionary is of little help in dispelling the confusion. Merriam-Webster’s Collegiate Dictionary defines progesterone as “a female steroid sex hormone… secreted… to prepare the endometrium for implantation [of the embryo] and later… to prevent rejection of the developing embryo or fetus; also: a synthetic steroid resembling progesterone in action.” Progestogen is defined as “a naturally occurringor synthetic progestational steroid.” Progestin is defined as “progestogen, especially: a synthetic progesterone.” Regardless of the terminology used, it is essential to distinguish between natural and synthetic progesterone, because their chemical composition is different.

When a rise in uterine cancer was detected in the 1970s, due to the estrogenic drugs being prescribed for menopause, manufacturers added synthetic progesterone. But since its molecular structure is not identical to natural progesterone, the body has trouble recognizing it. The body becomes like the jaded bouncer who halfheartedly checks IDs and then reluctantly admits the underage partygoer whom he does not recognize.

While synthetic progesterone partied, women paid the price. Synthetic progesterone could be patented and marketed to them, ostensibly to offset the effects of estrogen—and perhaps also to boost the pharmaceutical bottom line? Meanwhile, the birth control pill was increasingly being used by younger women, and—surprise!—couples were having fewer or no children. And did I mention that the pill has the potential to be abortive?

But according to Dr. Lee and his co-author, biochemist David Zava, Ph.D., natural progesterone is recognized by the body and has been shown to alleviate the painful symptoms of menopausal imbalance. There are no moral concerns either, because it is not a birth prevention substance. On the contrary, younger women can use natural progesterone to promote fertility. Along with natural family planning, it can work with a woman’s body, not against it.

A sterile world is bleak indeed. Aldous Huxley, author of Brave New World (1932) knew it (see Miscon(tra)ception, Part One). The Catholic Church has always known it. From the first pope, Peter, all the way up to Pope Benedict XVI, its teachings have never wavered in defending humanity from lies. In 1930, Pope Pius XI issued Casti Connubii, and in 1968, Pope Paul VI issued Humanae Vitae. Both encyclicals reiterated the consistent Catholic teaching that artificial birth control is intrinsically evil.

Humanae Vitae made some predictions that have come true: a general lowering of morality, less respect for women and governmental attempts to control human fertility. Indeed, with regard to China’s infamous one-child policy, instituted in 1979, Britain’s Society for the Protection of Unborn Children reports, “[M]any Western governments and wealthy population control agencies support the policy in various ways.”

To sell contraception, the secular world hoisted the banner of improved marriages, and fewer unintended pregnancies and abortions, but the opposite has occurred. Adultery, divorce and abortion now rule the day.

Contrast this culture of death with the numerous Vatican documents issued during Pope John Paul II’s pontificate that uphold women’s dignity, the value of marriage and family life, and human beings’ right to life. These include Familiaris Consortio, Mulieris Dignitatem and Evangelium Vitae, among several others, all of which address contraception or at least touch on it. John Paul condemned contraception as leading not only to “a positive refusal to be open to life but also to a falsification of the inner truth of conjugal love, which is called upon to give itself in personal totality” (FC, Section 32).

Dignitas Personae and Caritas in Veritate, both issued under Pope Benedict XVI, have likewise condemned contraception and “an anti-birth mentality” (CIV, Section 28).

So let’s hope that the end is near for the target marketing (precision chemical bombardment, to be exact) aimed at women. We can refuse to accept it as inevitable if there is a way to replace it with healthy, ethical alternatives. Neither do we have to continue to tolerate abortion, sterilization, cloning, in vitro fertilization and a “sex-as-recreation” mentality, all spin-offs from the contraceptive mentality predicted by Huxley and all of which assault human dignity.

Ann H. Slattery, M.S.L.S., is a freelance writer from Bethesda, Maryland, and has worked for more than 25 years in libraries in Maryland, Texas and Washington, D.C.