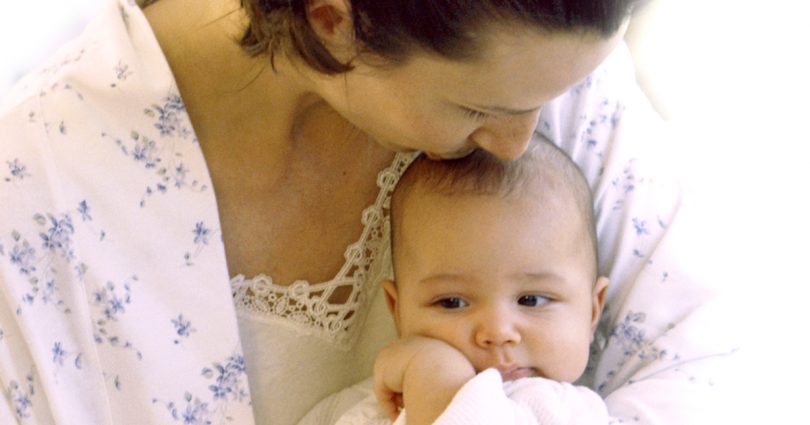 “Suffering is part of saying ‘yes’ to the Lord,” Sue Hilgers said. “We were ignored and ostracized by our community, other doctors and even priests. But our work has been as much of a gift to us as we have hoped it would be to others.” She was reflecting on the work of her husband, Thomas W. Hilgers, M.D., the medical visionary who founded and directs the Pope Paul VI Institute for the Study of Human Reproduction in Omaha, Nebraska. Its life-affirming and Godhonoring approach to women’s health has redefined the practice of obstetrics and gynecology

The road Dr. Hilgers traveled to open the institute was long and arduous. In 1968, as a senior medical student at the University of Minnesota, he read Pope Paul VI’s landmark encyclical Humanae Vitae (Of Human Life), which reaffirmed the Church’s constant teaching against contraception. When he asked a priest at the university what he thought of the work, the priest replied, “Why would you want to read that trash?”

“His answer,” Dr. Hilgers said, “spurred me on to weigh Humanae Vitae more seriously.” And he heard the Holy Father’s call, issued in this encyclical, for scientists to further study human fertility, in order to assist married couples in spacing the births of their children in harmony with divine law.

Humanae Vitae did generate some attempts by others in the medical community to investigate various forms of natural family planning, including research at Cedars-Sinai Medical Center in Los Angeles that compared the effectiveness of various NFP methods. Lacking good methodology, the study ran into trouble, and Dr. Hilgers and other physicians were asked to visit the site. What they found were pro-abortion researchers who listed all pregnancies as failures.

“We came away from that visit with a conviction that what the science of natural family planning needed was solid research done by trained researchers,” he said. In other words, an entire institute with a whole new perspective on the study of reproductive medicine.

A voice crying in the wilderness

Although the idea for the Pope Paul VI Institute had taken root in Dr. Hilgers’ heart, its realization was still years away. He spent the early 1970s striving to develop the most accurate fertility awareness methods and a pro-life, pro-woman approach to obstetrics and gynecology. Owing to his unshakable pro-life position, he was, more than once, asked to leave professional posts.

In 1973, when Dr. Hilgers was a resident at the Mayo Clinic in Rochester, Minnesota, the Supreme Court decriminalized abortion on demand. When he asked to be transferred to a facility that did not commit abortions, Mayo dropped him from the residency program. “I didn’t know where I was going to go or what I was going to do,” he recalled. “I was scheduled to serve two years in the Navy following my residency, but there too, I told them that I would absolutely not perform abortions.” To accommodate his moral principles, the Navy planned to have him serve as a gynecologist in an all-male prison. “But,” he laughed, “they eventually gave me an honorable discharge as a conscientious objector.”

Creighton University, like St. Louis University, is a Jesuit institution, and at least initially, was more supportive of Dr. Hilgers’ research, which challenged the conventional approach to obstetrics and gynecology. Contraception, sterilization and even typical menopausal and postmenopausal care don’t teach a woman how to work with her natural cycles to solve not just mask her underlying health issues.

Making a leap of faith

After two years at Creighton, Dr. Hilgers reached a tipping point. He knew the fertility awareness method that he was developing, the Creighton Model Fertility Care System (CrMS), was revolutionary. The CrMS, described as “a standardized modification of the Billings Ovulation Method” of naturally spacing births, uses the body’s natural indicators to identify periods of fertility to help couples achieve or avoid pregnancy effectively.

But between teaching and seeing his patients, there wasn’t enough time for much-needed additional research. On August 6, 1978, the Feast of the Transfiguration, when Dr. Hilgers and his wife went to Mass, the priest tearfully announced that Pope Paul VI had just died. “I remember the ride home from that Mass,” said Sue. “I even remember the light we were stopped at when Tom said he had to open a center that would allow him to pursue the work that needed to get done. I couldn’t hold him back from this work; we were so united, it was a no brainer for me.”

Dr. Hilgers presented the univeristy with a proposal for an institute that would be faithful to Humanae Vitae’s vision. It was rejected because it “represented a singular point of view,” he said. “I took that to mean a ‘Catholic’ point of view, which was odd because Creighton is a Catholic university. Oh well, it was for the best.” By 1985, he had the money to open his own small facility. “We were crammed into about 1,000 square feet,” he recalled. He admits that, at first, they had no idea of what they were doing, and by year’s end, they were $250,000 in debt. “But what proved to be the salvation of the institute was really good medicine.”

Dr. Hilgers calls his approach to women’s health care Natural Procreative Technology or NaProTechnology, a new system of medical and surgical treatments that cooperates with the reproductive system, and uses the CrMS to help diagnose and treat reproductive health problems. According to the institute’s web site, “Its medical and surgical approaches, … now emerging in peer-reviewed medical literature, achieve real solutions to problems such as infertility, problem periods, pelvic pain, miscarriage and postpartum depression.”

As word spread about the institute, patients and health care professionals began to arrive. To date, 800–900 new patients are added yearly and the institute has grown to 14,000 square feet. As Dr. Hilgers’ vision for women’s health care has gone global, the institute has trained over 300 physicians from numerous countries in NaProTechnology, over 1,000 CrMS teachers have been trained and several off-campus CrMS education programs have been developed.

Dr. Hilgers, now 67, is pleased with what the institute has achieved in 25 years, but believes it must make a quantum leap forward. It needs more surgical facilities, and a retreat center to address the spiritual needs and fears of doctors who engaged in anti-life practices prior to adopting NaProTechnology.

Dr. Hilgers also recognizes that changing the culture requires more clinics that are modeled after the institute and more researchers. The newly opened Vitae Clinic, the medical component of the very recently opened John Paul II Life Center (JPIILifeCenter.org, 512-407-2900) in Austin, Texas, is exactly what he has in mind. The clinic is staffed by Dr. Jeremy Kalamarides, an osteopath and ob-gyn who is one of Dr. Hilgers’ former researchers.

The clinic and the Life Center (which offers a wide range of other lifeaffirming services) were established by Texans who also heard the call of Humanae Vitae and were inspired by Dr. Hilgers’ work.

Tim Von Dohlen, an attorney, pharmacist and former state legislator, and his wife, Pat, were the initial driving force behind the effort. They partnered with long-time pro-life activists Chris and Sheri Danze, and worked for five years to open the Life Center and the Vitae Clinic. The Von Dohlens and Danzes understand that life-affirming health care for women is the antidote to Planned Parenthood’s vision of a sterile future. “Austin needed a doctor that respected our dignity and fertility as women,” Sheri said. “And our nation needs true Catholic health care everywhere.”

“Our goals at the Vitae Clinic are to provide excellent medical care for women and carry on research that will advance the understanding of NaProTechnology by the wider medical community,” Dr. Kalamarides explained. “We know that the work that Dr. Hilgers has done can change our culture.”

“When women come to the institute,” Dr. Hilgers disclosed, “the look on their face is priceless, just priceless. The’ve been searching for the answers for so long. They’ve been poked, prodded and dismissed by their doctors. When they arrive here, they know we mean to find the cause of what’s wrong with them not just medicate over their symptoms.”

The fruit of Dr. Hilgers’ work a vastly superior and growing alternative to contemporary medicine’s culture of death is likewise priceless.

SIDEBAR: A celebration of love and life

On September 2–5, 2010, the Pope Paul VI Institute commemorated its first 25 years of service with special Masses, a two-day conference, a family fun day, a reception and a banquet with Raymond Arroyo, host of EWTN’s The World Over, as keynote speaker.

Philadelphia’s Cardinal Justin Rigali celebrated the opening Mass for attendees, who came from across the U.S. and around the world. Mass was followed by the conference, which focused on the pastoral directives of Humanae Vitae and the benefits of NaProTechnology.

Dr. Hilgers opened the conference, speaking on the need for scientists to help advance the directives of Humanae Vitae. The battle to promote it “has been one against ignorance rather than truth,” he observed. “Within the medical community, I’ve never met a doctor who doesn’t have an opinion on natural family planning, but I’ve met many who know nothing about it.

Omaha’s Archbishop Emeritus Elden Curtiss told conference attendees, “Dr. Hilgers was a pioneer in this new technology, even when it was not appreciated and not supported by many in the Church. I urge bishops everywhere … to give Dr. Hilgers and the institute the kind of support they need to continue and expand their mission in the world.”

Tim Von Dohlen (see main article) addressed conference attendees about Humanae Vitae’s appeal to public authorities. The challenge before us, he said, is not to reckon how many battles we lose or don’t lose, but to keep fighting until we win.

Archbishop Zygmunt Zimowski, president of the Pontifical Council for Health Care Workers, spoke at the conference, offered the celebration’s closing Mass, and awarded Dr. Hilgers, Von Dohlen and their respective spouses the Council’s Good Samaritan Medal in recognition of their work in “building a culture of life in women’s’ health care.”