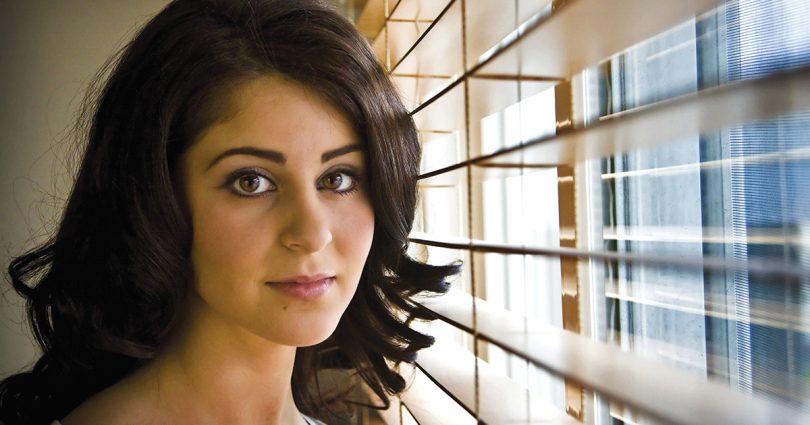 If you work in the pro-life movement, you likely have faced the nagging question of how can I, one little person, really stand up to big abortion? By all appearances, that question simply does not register with California native Lila Rose. In just three years, she has perhaps done more to expose the abortion industry’s dirty little secrets than most of us have over the last 30 years.

Lila Rose is a 21-year-old senior majoring in history at the University of California at Los Angeles. Self-effacing and modest, she describes herself as an ordinary girl who loves good books and a steady diet of cold cereal. “I was raised in a very pro-life family. My parents were great, very devoted homeschoolers who have always supported my fight for life. But with seven other children to take care of, if I wanted to do something, I pretty much had to do it on my own.”

Lila recalls that she knew “something” had to be done about abortion when, at age nine, she saw a picture of an aborted child in a book and had her own “Who broke the baby?” moment.

By age 15, she was praying outside of abortuaries in Southern California. She recalls one day in particular: “I was praying in front of an abortion mill with some friends, just yards away from the slaughter of innocent life. The whole scenario struck me as such an injustice. I decided then to dedicate my life to fighting this injustice.”

When Lila was a freshman at UCLA, Live Action launched the Advocate, a well-produced and now widely read quarterly, student driven, pro-life magazine. The first issue featured Lila undercover, exposing the laughable “support” offered to college women facing an unplanned pregnancy. “I wanted to find out if UCLA would help a student who wanted to keep her baby,” Lila recalls.

“I went to my university’s health center, saying that I was pregnant, and asked, ‘What can I do?’ The student counselor, a nurse-practitioner, told me that ‘UCLA does not support women who are pregnant nor help them.’ I was told that UCLA has two abortionists on call. That was the extent of support that this institution, this great university, had to offer students who might be pregnant.”

Dying for the cause

After the health center visit, Lila and the other members of Live Action decided to expose Planned Parenthood. In 2008, Planned Parenthood made over $85 million in profit; its income comes from government grants, clinic operations (including abortions) and donations. Teaming up with James O’Keefe, who posed as a racist donor, Live Action called Planned Parenthood and asked if one could make a donation intended specifically to pay for the abortion of a black baby. A portion of the transcript from one such call reads as follows:

Actor: The abortion—I can give money specifically for a black baby; that would be the purpose?

PP rep: Absolutely. If you wanted to designate that your gift be used to help an African-American woman in need, then we would certainly make sure that the gift was earmarked for that purpose.

Actor: And we don’t you know, we just think the less black kids out there, the better.

“We knew that Planned Parenthood was racist,” Lila said, “but we wondered if they might also commit criminal actions as well.” To find out, in the summer of 2008, Lila and Live Action launched the Mona Lisa Project. For this undercover operation, Lila dyed her rich ebony hair platinum blonde and visited abortion mills in several states. Posing as a 13-year-old girl who was pregnant by a 30-something-year-old man, Lila asked about obtaining an abortion. In each case, Planned Parenthood offered her the abortion while advising her to lie about her age, and/or evade mandatory parental consent and/or statutory rape reporting laws by traveling to other states for the abortion. Lila captured it all on hidden camera.

“Our team went undercover in dozens of clinics nationwide,” Lila said. “Again and again, Planned Parenthood covered up what was clearly a case of statutory rape by saying, ‘We won’t report this as we are supposed to—to your parents or the police.’”

“Instead of helping, they see these underage girls as plumbing problems, give them secret abortions and send them right back to the arms of their abusers.”

When Live Action posted the undercover videos from the Mona Lisa Project on its web site and YouTube, the whole world took notice, starting with Planned Parenthood. “At first, they threatened to sue us,” Lila told me, “but then,” she laughed, “they asked us to give them our videotapes so that they could investigate and correct any problems they might be having.

Planned Parenthood also posted Lila’s photo in many of its abortion mills. “The saddest part of this whole story,” Lila noted, “is that Planned Parenthood puts more effort into watching for me instead of underage rape victims.”

The national media soon took notice, and Lila was interviewed by Fox News, Reuters, the New York Times and many other major media outlets.

Happily for preborn children, all of this attention has gone to Lila’s heels and not her head. She and Live Action are keeping up the pressure on Planned Parenthood with their latest undercover video effort, the Rosa Acuna Project, named after a mother who aborted her baby on the basis of grossly misleading information from her doctor and consequently suffered post-traumatic stress disorder. This project exposes the false medical information given by Planned Parenthood and its doctors to women who ask about the development of their preborn child.

“Watch the video currently running on our web site,” Lila said. “We sent ‘Sarah’ to a Planned Parenthood abortion clinic in Appleton, Wisconsin. On the tape, you see and hear that she is clearly lied to [regarding] when the heartbeat of a baby begins, as the clinic worker obfuscates with words like ‘heart tones.’”

The release of that tape has prompted Wisconsin state Senator Glenn Grothman to call for an investigation of Planned Parenthood.

Lila is also the cosponsor of the California Human Rights Amendment, a November 2010 ballot initiative that would amend the California Constitution to recognize the preborn as human persons. The California personhood movement works in conjunction with American Life League and Personhood USA (www.PersonhoodUSA.com) , which are pursuing similar initiatives nationwide.

“Our laws are created to protect the weak from the strong,” Lila points out. “When our nation violates the most fundamental right of a person, the right to life, it violates all other rights.”

What’s next for Lila Rose and Live Action? As she prepares to graduate, she is considering law school or graduate studies in history. The work of Live Action, she assures us, will go on. “We are here to stay and to send a message to our nation. To our politicians, we say that the people who respect life are now in the majority; listen to the growing revolt. If you do not listen, we will replace you.”

“To the youth of our nation, be strong. This is the greatest human rights issue ever. All of us born after Roe v. Wade are the survivor generation, and we will be the victorious generation. We will see an end to abortion.”