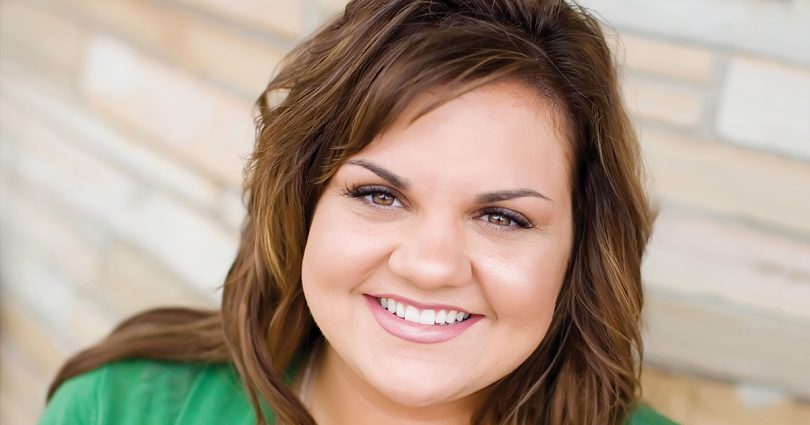 One day in September 2009, Abby Johnson received a powerful reminder that life’s most momentous events are sometimes unplanned. Looking at the ultrasound screen, she saw the shadowy outline of a tiny, perfectly formed baby. She watched as the baby wiggled her arms, kicked her legs—and then suddenly disappeared. The screen went blank and the abortion was over.

“Ultrasound-guided abortions are rare at Planned Parenthood,” Abby recalled in a recent interview with Celebrate Life. But that day, there was a visiting abortionist from Austin who used an ultrasound machine, and Abby’s assistance was requested.

“During the abortion, I saw this 13-week-old child in the womb, fully developed with arms, legs, fingers, toes and a tiny heartbeat,” Abby elaborated. “At first, the baby didn’t move, like it was asleep. But then when the abortionist’s probe got close to it, it jumped and began to fight, and I saw it move away from the probe. ‘Oh my God!’ I thought. I couldn’t believe what I was seeing; this child was fighting for its life.” In a matter of seconds, the fight was over and the child had lost. “The last I saw of that baby was its little backbone disappearing up the [suction] cannula.”

“I went to my office in a state of shock,” Abby said. “I just couldn’t believe where I was and what I was doing.” But she was exactly where she had wanted to be and doing what she had wanted to do—until that moment. In 2001, while an idealistic junior at Texas A&M University in College Station, Abby had become a volunteer escort for Planned Parenthood at this mill. By 2007, she had become its director.

“It’s an easy hook that Planned Parenthood sells,” Abby explained, as she remembered the professional-looking woman she met at the Planned Parenthood volunteer booth on the Texas A&M campus. “They say that they’re here to reduce abortions, to make them ‘safe’ and ‘rare’ with family planning. They sound so compassionate, saying that they don’t want women to go back to a time of illegal, dangerous abortions.” The Planned Parenthood recruiter’s message about “reproductive rights” sounded noble to Abby, and it spoke to a dark secret that she had buried deep inside herself.

“[In] my first year at Texas A&M, I met Mark, fell in love and unexpectedly became pregnant,” she said. “Yes, I had grown up in a pro-life home, and yes, I had grown up in church, and I had grown up with conservative parents who didn’t approve of my relationship with Mark or, later, my work at Planned Parenthood. But abortion was something we never really talked about in my house, and I didn’t really know how to defend ‘pro-life.’”

Mark was nonchalant about the pregnancy. “He said to me it was no big deal and that I should get an abortion,” Abby continued. He knew of a mill in Houston where he had taken a previous girlfriend for an abortion. Mark and Abby married a few months later, and Abby ended up having a second abortion and divorcing Mark, all before she had finished college.

After witnessing the ultrasound abortion, Abby wondered, if she hadn’t had those two abortions, would she have been so susceptible to Planned Parenthood’s double mantra of “rights” and “choice”? And what she had done to so many women for so many years—because of her own abortions and Planned Parenthood’s propaganda—began to press on her.

“I just couldn’t stop thinking about how many women I had reassured when they asked before their abortion, ‘Will my baby feel this?’” Abby revealed. “I would tell them, one after another, ‘No,’ because I had been told by Planned Parenthood that the child wouldn’t feel pain until 28 weeks’ gestation. I couldn’t imagine that I had believed this lie for eight years.” The reality is that a preborn baby can feel pain at eight weeks.

Abby continued working at Planned Parenthood a short while after the ultrasound abortion because, she acknowledges, “I wasn’t sure I had the guts to swallow that much pride and admit to everyone—to myself, my friends and my family—that I was wrong and they were right.” But on Monday, October 5, 2009, less than a month later, something inside of her broke. “I didn’t know what I was going to do; I just knew that I couldn’t keep working at Planned Parenthood.”

Abby walked out of her office and into the nearby office of the Coalition for Life, the local pro-life group that faithfully prayed and sidewalk-counseled outside of her Planned Parenthood office. Sobbing, she told Coalition members, including director Shawn Carney, that she wanted out of Planned Parenthood.

In 2004, the Coalition launched the first-ever 40 Days for Life campaign by holding a 24-hour, 40-day prayer vigil outside of Planned Parenthood’s mill in Bryan. By 2007, 40 Days for Life had gone nationwide, and by the spring of 2011, it sponsored campaigns in 247 cities across the U.S. and in eight foreign countries.

“The Coalition members just listened to me talk and cry,” Abby said. “They knew me, they embraced me and they were so loving. It was exactly what I needed at the time.” On the next day, she resigned from her Planned Parenthood job.

“I knew that the members of the Coalition had been praying for me for many years,” Abby explained, “and I was even on good terms with a number of them. What I didn’t know is that all around me there was a spiritual war going on.”

“When I think back on my life at Planned Parenthood, on how I acted and how I talked, it almost makes me physically ill,” she reflected. “The things we said, the jokes we told each other as coworkers, all while we were killing people in the same building—there was an evil there, almost as if we were not in control, as if, when you walked through the gates [of the abortion center], something took hold of your mind.”

Raised a Baptist, Abby and her second husband, Doug, had sought out a worship community in which they and their young daughter, Grace, would feel comfortable. “Working for Planned Parenthood didn’t exactly go well with being in the Baptist Church,” she wryly observed. So they joined an Episcopalian parish “because it was liberal.” According to Abby, the parish is pro-abortion and when parish leaders learned she had changed her views, “We were made aware that we were no longer welcome.”

Shortly after Abby quit her job, Planned Parenthood retaliated and attempted to silence her with legal action, alleging breach of contract and violation of confidentiality. When the case went to court in early November 2009, the judge dismissed Planned Parenthood’s claims against Abby in a little over an hour.

As topsy-turvy as Abby’s life was immediately after leaving Planned Parenthood, it was nothing compared to what happened when her story went national. Following appearances on the Fox News Channel and an article in the Washington Times in late 2009, Abby received a flood of supportive e-mails, sometimes hundreds per day.

The huge response inspired Abby to tell her story in a book, Unplanned. Published in late 2010 and released in January 2011, Unplanned stayed in online bookseller Amazon’s list of the 100 best-selling books for over two weeks, and when this Celebrate Life issue went to press, it was the top seller in Amazon’s “Bestsellers in Abortion & Birth Control” list.

Abby’s story has now “gone viral” (spread like a virus on the Internet), she has spoken on behalf of the pro-life cause nationwide and she’s booked for appearances well into next year. “The response to the book has been truly humbling,” Abby commented. “I’m so encouraged by how many people, how many women who suffer from abortion or work for Planned Parenthood, have e-mailed us and said that my story is leading them to reconsider their choices or even leave the abortion industry.”

Shortly after leaving Planned Parenthood, Abby finally shared her dark secret with her parents. “Having to tell my parents about my abortions was the hardest thing I’ve done,” she said. “Harder than quitting my job or standing up to Planned Parenthood in court.” Abby was very nervous beforehand, but when she told them, “instead of being angry at me, they both said, ‘We’re not surprised.’ It was a sorrow as well as a relief.”

“My dad was hit really hard by the news,” Abby disclosed. “He loves his granddaughter, Grace, so much, and recently said that if it weren’t for abortion, there would be two more grandchildren to love.” She hopes that those who hear her story will realize at least this: Abortion isn’t merely a singular choice or an isolated act. Her advice for anyone considering abortion: “If you think that having an abortion is a private choice, a personal choice that will make ‘your problem’ go away—think again. As someone who has been there and back, I can tell you that abortion will hurt you and many others. Abortion isn’t the end to a problem; it’s only the beginning of so many, many more.”

Jeff Gardner writes from Columbia, Missouri, and is the CEO and cofounder of Catholic Radio International (262-672-2979), which provides news, culture and faith programming. For more information on Abby Johnson, visit AbbyJohnson.com. See also the review of Unplanned in this issue.

Sidebar: How to stop Planned Parenthood