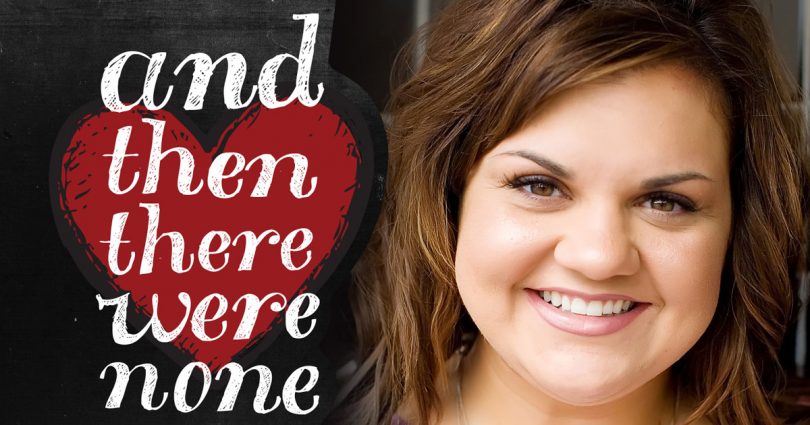 On September 22, 2012, the Pro-Life Action League held an all-day conference in Chicago, to recognize and hear the conversion testimonies of eight former abortion industry workers, including doctors, nurses, administrative staff, and abortion counselors. “In different ways, the conference presenters came to reject the ‘pro-choice’ view, and are now speaking out about what it’s really like inside the abortion business and why they now find abortion to be abhorrent,” wrote Steve Ertelt about the presenters (LifeNews.com, September 13, 2012) The emcee for the evening, Dr. Anthony Levatino, himself a former abortionist, had spoken at the first such forum, held in 1987, called “Meet the Abortion Providers.”

You won’t hear about it on the news, but an abortion exodus is underway. And although, as Dr. Levatino’s history demonstrates, there have been abortion industry defections from early on, recent events indicate the numbers are rising. Even better, there’s reason to hope the trend will continue or even accelerate. This pro-life revolution unfolding under the radar is the culmination of a long chain of events that only a sovereign God could have lined up.

The gestation of a very different pro-life ministry

After eight years of stellar employment, Abby Johnson abruptly resigned as director of a Planned Parenthood abortion facility in Bryan, Texas, on October 6, 2009. But she didn’t just go on about her “pro-choice” life as she had before. She joined the pro-life movement (see Celebrate Life, July-August 2011). To top Planned Parenthood brass, this was no ordinary resignation. This was treason, and Abby was promptly served with a petition for a restraining order (often called a “gag order”) and a lawsuit. The restraining order was denied and the lawsuit dropped the following month, but not before a nationwide media splash over the flap turned her into a public figure—almost overnight. Ironically, in its botched attempt to keep her quiet, Planned Parenthood had catapulted her onto a national platform.

That right there would qualify as poetic justice, but things were just getting started. Abby was invited to write a book about her experience, and when unPlanned was published in 2010 (see the book review in Celebrate Life, July-August 2011), guess who wanted to read it? Of course pro-lifers did, but people inside the abortion industry were curious too. Before long, Abby started getting e-mails from abortion workers, many of them expressing variations of the following: “I read your book, and I’m kind of feeling the same way. Can you help me? If I wanted to leave, could you help me get out?” Abby had known there were disillusioned workers, but the sheer volume of similar responses still took her by surprise.

So, Abby and her husband, Doug, assessed their personal situation and decided that yes, of course, they would help these women “get out.” The next thing they knew, seventeen people had left their abortion-related jobs through their moral support and helping hand. Clearly, Abby had identified an area of pro-life outreach that needed much more attention.

The ministry is born

Moreover, Abby discerned the voice of God calling. Abby recruited her friend Jennie Stone, a recent college graduate who has been at work in the pro-life movement “forever,” and the two of them set about making official this new ministry to abortion workers that had seemingly gotten started on its own. On June 11, 2012, And Then There Were None was officially launched with a live webcast. “Our goal is to provide financial, emotional, spiritual and legal support to anyone wishing to leave the abortion industry,” reads the “What We Do” page of ATTWN’s website. In pursuit of that goal, ATTWN offers former abortion workers 1) up to three months of financial support after resignation, 2) emotional support “as often as needed,” 3) a spiritual advisor of the worker’s choosing, and 4) pro-bono legal counsel to protect the worker’s interests during the transition.

To expand its outreach to current abortion workers, ATTWN provides training for sidewalk counselors on how to establish direct lines of communication, and its website features an open letter and video message from Abby, as well as a means of confidentially contacting her or reporting an incident.

Finally and perhaps most importantly, ATTWN’s leaders, ever cognizant of the unseen spiritual war surrounding abortion, have assembled a team of prayer volunteers who support its mission of helping abortion workers leave the industry and join the right side of the abortion divide.

On behalf of the seeking Savior

Given her history, Abby is uniquely positioned to labor in this field. She also appears to have just the temperament for it. Driven both by her radically reoriented pro-life convictions and a tender sensitivity to abortion workers’ plight, she advocates passionately for them, stressing in the strongest terms socially acceptable that we must not view them as “the enemy.” As she explained in unPlanned, she and her coworkers at the abortion facility really were “driven by compassion and tenderness, by motives of truly helping women and making the world a better place” [p. x; emphasis in the original]. “None of us were ‘bad’ people. None of us were ‘evil,’” she insisted, though she freely confessed their work was. “We were misguided.” Sinners, yes, but hurting sinners—often damaged souls, many of whom see no way out.

“Planned Parenthood, they trap their employees in a lot of ways,” she explained. The organization pays its employees well because “they can; they get a ton of money from taxpayers.” That means it can also provide excellent employee benefit packages, which, in turn, can make leaving especially difficult for the large number of employees who are single mothers. Worse, management is not above playing manipulative mind games with their employees’ fears: Once you’ve worked here, it is suggested, either directly or in subtle undertones, nobody else will hire you. You’re stuck here.

Sadly, many workers believe it and resign themselves to the grim work before them—a hopeless resignation that is further sealed by the pro-abortion contingent’s persistent portrayal of pro-lifers as violent, hateful enemies devoted to harassing them. These factors mix and mingle into an oppressive voice that whispers continually in the employee’s ear, “Better stick with us, toots. We’re the only friend you’ve got.”

But into this lie-infested domain and over against any pro-life temptation to treat the employees of abortion facilities like the lepers many of them already feel like inside, Abby speaks words of grace and compassion. “Nobody grows up wanting to work in the abortion industry,” she emphasized. “People work in the abortion industry because they have made a series of bad and regretful and hurtful decisions that led them to a career inside the industry of pain and deceit.”

The most important thing she wants pro-lifers to know about abortion workers is that they’re reachable. In fact, they’re eminently reachable, and in beautiful faithfulness to the words of Jesus, “I have not come to call the righteous, but sinners” (Saint Matthew 9:13), she’s leading the movement to create a safe place for them to land when they respond to the call: a way station or refuge with welcoming, practical help on the other side.

The beginning of the end

Clearly, this was a mission field ripe for the harvest. Prior to launch, Abby and Jennie had ventured their best-guess estimate about what they might expect over the first year. Surely, the initial flurry of activity, those first seventeen workers—that was probably just “kind of a fluke” in the wake of all the publicity, they thought. So, together they had arrived at what they thought was a liberal estimate for the upcoming year. “We thought that if we [were to] have ten workers leave in a year, that would probably be a lot,” Abby reflected later. So, that was what they had budgeted for: ten.

When this article went to press, a total of fifty abortion workers had contacted ATTWN, left their positions, and, moreover, converted to the culture of life. Six of these workers came out of one abortion business alone. “It’s the beginning of the end for that clinic,” Abby quipped, with a smile. According to her estimate, these fifty workers represent approximately 1.5 percent of the abortion industry in America.

While the defection of just one “pro-choice” abortion worker is cause for celebration—not to mention that of fifty—there is more at stake for the abortion industry than mere personnel turnover. The June 2012 webcast gave clear public notice that ATTWN was available to help any abortion worker who wanted to leave the industry. That was significant in itself, but the ATTWN leadership also cast a wider vision for ATTWN’s ultimate goal and place in the pro-life movement. This ministry maintains that the workers are the weak link in the abortion industry. They have information about what’s happening on the inside. They have stories to tell, and they want to tell them. Abby says that Planned Parenthood is “terrified” of them.

Perhaps they should be. So far, four whistleblower lawsuits have been brought against Planned Parenthood by former employees (including Abby herself), alleging that various affiliates have intentionally bilked taxpayers on a massive scale.1 While these actions aren’t ATTWN’s intended goal, when abortion workers contact the organization, it’s often because they’re disturbed about what’s been going on at their place of employment. Many are willing to risk implicating themselves personally if necessary, because not only do they want to come out; they want to come clean. It’s part of the healing process, especially if they were directly involved.

Abby agrees. “It’s the beginning of the end. My goal is about healing of abortion clinic workers and shutting down these clinics. One at a time.”

To learn more about the nation’s largest abortion chain (Planned Parenthood) and a proven plan for defeating it, visit Stop Planned Parenthood (a project of American Life League) or call 540-659-4171.