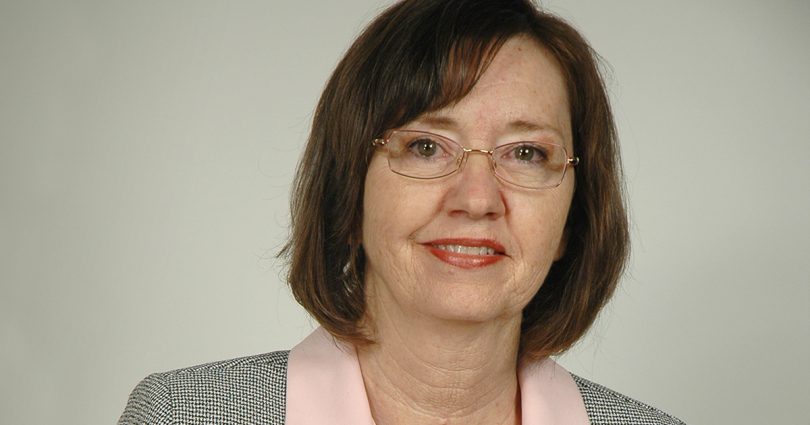 As a convert to the Catholic faith, the last and perhaps greatest hurdle for me was devotion to Mary,the mother of Christ, who prophesied, “All generations will call me blessed” (Luke 1:48). Finally, I surrendered my doubts, stepped out in faith and beganto trust her.

Little did I know that when I made that small act of faith, the Blessed Mother would become my heavenly mother and my best friend, my confidant towhom I can always turn, the one who always leads me to Jesus, and the channel of grace through whom God would assist me and bless all of my pro-lifework.

I could never have imagined that 25 years later, through her intercession, Planned Parenthood’s death grip on the Texas Panhandle would be shaken and a chain of 20 PP centers would fold, ending the culture of death’s decades-long reign in the Amarillo area.

Long before becoming involved in pro-life work in Amarillo, I entered the Catholic Church and became steeped in pro-life activism in Corpus Christi, at the opposite end of the great state of Texas.

I went into the pro-life battle with some serious misconceptions, the greatest of which was that abortion-vulnerable women would not let me get close to them if I appeared to be too Christian. So I walked the sidewalks outside of a nearby abortuary with nothing but some pro-life flyers and the helpless look of someone about to witness the wholesale slaughter of the innocent. My heart was breaking for these mothers and their preborn babies, but I was clueless about how to approach them. Needless to say, I didn’t get very far in helping anyone reconsider abortion.

What I failed to realize was that most of these women felt trapped and were hurting more profoundly, perhaps, than anyone I had ever met, and that those who are so wounded and so unsure of their future want and need the comfort of Christ more than many of us can probably imagine.

Finding comfort through the Rosary

During the many hours spent on the sidewalk at the abortion mills of Corpus Christi, I began to know the Rosary well and pray it with my every breath. While shivering in the cold, drenched by rain, chased by lightning bolts, pushed and shoved by security guards, and unsure of whether my day’s work would end in saving lives or my arrest and incarceration, I came to understand what a comfort the Rosary is when facing such overwhelming evil and uncertainty.

Here I was, weaker than anyone except the babies I was trying to protect, thrust into the greatest spiritual battle of our day, with nothing to prop me up except my rosary and the sacraments. I found that I needed nothing more. In our weakness, God can use us to bring about the greatest gain, and if we turn to His mother, He will bless us beyond understanding.

I also learned that Mary’s intercession has tremendous power over evil. Just the presence of her image at the abortuaries, PP facilities, PP gatherings and pregnancy resource centers drives demons away and brings down palpable grace from heaven.

I learned that carrying a rosary when I talked to young women considering abortion calmed them— and me—tremendously and facilitated generous help from heaven. It was as if the rosary were a ladder for ministering angels to ascend to heaven and return with what we needed. And quite often, the ladies in distress asked for a rosary of their own.

A large image of Mary, under the title of Our Lady of Guadalupe,1 was our constant companion at the abortion mill and the pregnancy resource center, and years later also, as I began my work as the Diocese of Amarillo’s respect life director and began organizing prayer vigils at the local PP centers.

I recall one occasion when I was assisting a young lady who had just found out she was pregnant. Her mother was with her and was livid, shouting and calling her daughter everything but a child of God. My coworker, who incidentally was not Catholic, heard the commotion and walked into the room carrying an image of Our Blessed Mother. Immediately, the mom calmed down. Minutes later, she was planning a baby shower!

Our large image of Our Lady of Guadalupe was tremendously meaningful to clients of Hispanic descent. When they saw her and heard the prayers of the Rosary, which we continually recited while outside of PP facilities, the hurting women were often drawn to us. This gave us an opportunity to offer them alternatives to PP’s lethal “services” and build a relationship with them.

Then there was the fateful day we forgot to bring Our Lady’s image with us to the abortion mill. An angry “deathscort” jumped the curb with his car and tried to run over my young son, missing him by inches. We had seldom seen such an intense manifestation of evil as was displayed by that man in his rage. The lesson we learned: Always take an image of Our Lady for protection when you go out to face evil.

When the missionary image of Our Lady of Guadalupe2 came to visit Corpus Christi, it was taken to the abortion mill. Even though we regularly had an image of Our Lady with us, the mill’s employees somehow recognized that this one was special. They came out of the facility asking for rosaries. They also wanted prayer and wanted to touch the image.

We don’t know what wonders might have happened in their lives subsequently, but we were able to witness the love of Christ through His mother that day. God, in His wisdom, sent His mother to the abortion mill that day to draw these poor souls—perhaps the neediest of all His children—to Jesus through her.

In Amarillo, we discovered that a PP worker quit her job because she thought the image of Our Lady was following her. She said that she became very uncomfortable when “that woman kept showing up with an image of Our Lady of Guadalupe.” She was Catholic and couldn’t stand the consternation that it caused her to be working at PP with Our Lady watching. She transferred to another facility but, again, couldn’t escape her gaze. “She started showing up there with Our Lady of Guadalupe, too,” she said. Unable to continue working for an entity that she knew was so opposed to God’s will, she finally quit.

In another town, the nurse who ran the PP facility walked out one day while we were praying the Rosary, carrying all of her belongings with her. She told the prayer coordinator she would never return. Local pro-lifers, who knew her well, had been praying for her for some time. They had always been kind, but reminded her often that if her mother knew she was working there, she would turn in her grave. In this town, the parish priest had started perpetual Eucharistic adoration for the specific intention of shutting down PP. The nurse left and the center closed within months after Eucharistic adoration began.

Our Blessed Mother is victorious!

Early in our campaign to get rid of PP, Bishop John Yanta consecrated the Amarillo diocese to Our Lady of Guadalupe, Patroness of the Preborn.3 He renewed that consecration every year at our annual Pilgrimage to the Cross in Groom, a pro-life event for youth that draws hundreds of teens from Texas, Oklahoma and New Mexico to a great celebration of life.

Thanks to that consecration to Our Lady and the faithfulness of the bishop and the people of the Amarillo diocese, the evil that was once in full bloom there was overcome. After 11 years of prayer and education, 18 of the PP facilities in the Texas Panhandle had shut down. A few months later, in December 2008, the remaining two disaffiliated from PP.

As Stop Planned Parenthood begins its campaign to bring Jesus, through Mary, to every PP facility in America, I pray that you will take advantage of all the grace that Our Blessed Mother will obtain from God for you and all those souls who cross your path at PP facilities. She whom the archangel Gabriel called “full of grace” (Luke 1:28) will bring an end to abortion. We are guaranteed the victory if we persevere in faith.

1 Mary became known as Our Lady of Guadalupe (one of her numerou titles) after she was reported to have appeared to an Aztec and left an image of herself imprinted on a tilma in Mexico in 1531. The image’s origins, composition and survival without decay, to this day, have defied scientific explanation. The miraculous image and the account of her appearance led to nine million Aztecs becoming Christians by 1541 and the end of Aztec human sacrifice rituals.

2 Since 1991, several exact replicas of the image of Our Lady of Guadalupe have been blessed by the rector of the Basilica of Our Lady of Guadalupe in Mexico City, and sent worldwide to help bring about conversions and createa culture of life. There have been numerous reports of conversions, healings, reconciliations and graces received as a result.

3 In 1999, during a visit to Mexico City, Pope John Paul II entrusted the protection of preborn children to Our Lady of Guadalupe’s intercession, in light of her role in ending Mexico’s human sacrifice cult almost 500 years earlier.