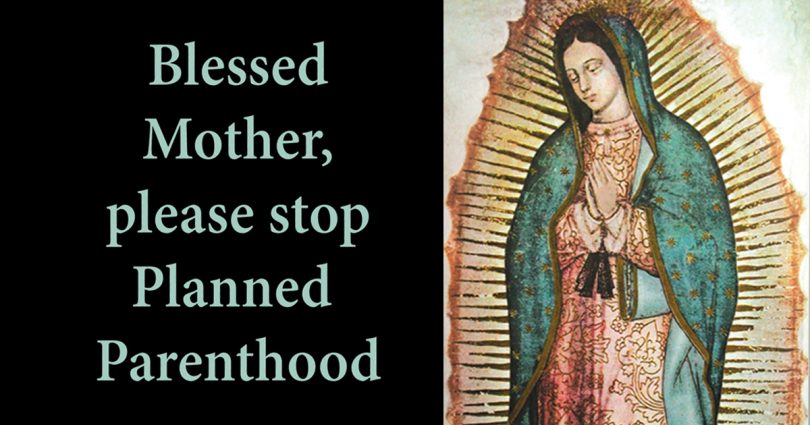 Stop Planned Parenthood (STOPP) is a project of American Life League. It began in 1985 as a separate organization in Dutchess County, New York, and then merged with ALL in 1998. Our mission is really quite simple: to cause such discontent with Planned Parenthood that it has no choice but to close its doors and leave town! At the beginning of each of its 25 years of existence, STOPP’s leadership has taken time, in prayer, to examine what the organization has been doing and what it should do differently. Sometimes, things are just so obvious that they escape notice until they become clear in prayer.

PP is the nation’s largest abortion chain, killing over 300,000 babies per year in its own facilities. In November 2009, former PP facility director Abby Johnson revealed that PP is aggressively pushing abortions simply to make money. (Johnson, by the way, is now pro-life. She quit her job after watching an ultrasound-guided abortion and subsequently joined the prayer vigils outside the PP facility where she once worked.) The following are excerpts from a FoxNews.com report:

The ultimate weapon against evil

To kill babies simply to make a profit is pure evil. It is truly the work of Satan. How do we combat such evil? The answer, of course, is that we combat it with God. Jesus has conquered sin in this world through His suffering, death and resurrection. We need to bring Jesus to the PP facilities. To understand how we are to do this, we need to look at how God the Father brought His Son, Jesus, to us. He could have done it any way He wanted, and the way He chose was to bring Jesus into this world through Mary. Jesus Christ, Creator of the universe, King of kings and Lord of lords, resided in Mary’s womb for nine months and was then born into the world. Saint Louis de Montfort emphasized, “It was through the Blessed Virgin Mary that Jesus Christ came into the world, and it is also through her that He must reign in the world.” This great preacher’s version of the Little Crown of the Blessed Virgin Mary chaplet includes this invocation: “O holy and immaculate Virgin, I know not with what praise to extol thee, since thou didst bear in thy womb the very One Whom the heavens cannot contain.” In the plan God Himself ordained, Jesus comes to us through Mary. Therefore, if we want to bring Jesus to the PP facilities, first, we need to bring Mary there. Mary is already being brought to many PP locations nationwide through the recitation of the Rosary. As Rita Diller explains in the accompanying article, we now hope to inspire you to bring Mary there in a more formal and visible way.

We composed a prayer of consecration to Jesus through Mary that can be said by any group that is fighting against PP. You can obtain a copy by ordering the large prayer card described on the back cover of this magazine. Have your group say this short consecration prayer together, in order to formally dedicate your work and focus your efforts. Then repeat the consecration prayer annually until PP closes in your community.