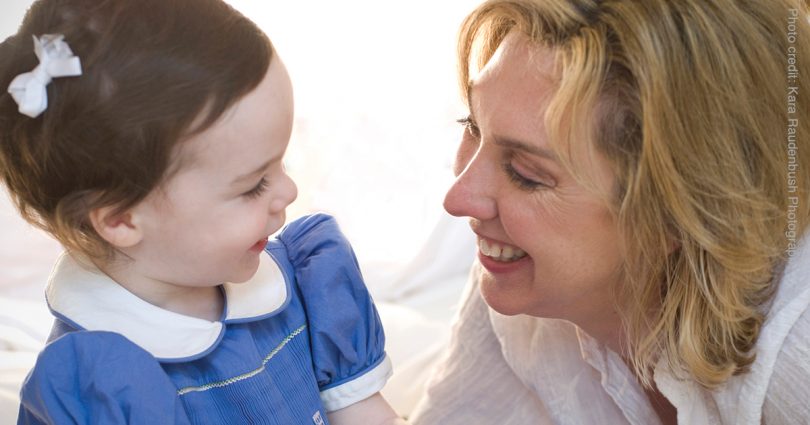 Since 1990, the birth rate for women aged 40 and older in the U.S. has tripled.1 This staggering growth by far outpaces that of any other age group. Yet while the media has emphasized that more women are choosing to delay or extend motherhood, a related trend has gone virtually unnoticed. In 2001, the National Center for Health Statistics reported that roughly 40 percent of pregnancies among women aged 40 and older are “unintended,” and 56 percent of those end in abortion.2The Guttmacher Institute reports that, from 1974 to 2004, teens and women 40 and older had a higher percentage of abortions than women aged 20–39, and that, from 1989 to 2004, although there was a “substantial drop” in abortion rates for teens and women aged 20–24, and little change for women in their 30s, there was a nine-percent increase for women 40 and older.3

With little attention given to these statistics,4 many people assume that unplanned pregnancy is less disconcerting for older women than their younger counterparts. But the unique shock, shame, disappointment, fear, and feelings of hopelessness that many such women experience are very real and can be overwhelming. I know this because, at age 43, while in seminary and raising a teen and preteen with my husband, I, too, had a surprise pregnancy. In search of support, information, and advice, I found few resources addressing my concerns, and less still that offered hope and encouragement. What I encountered instead was misinformation and a distorted picture of this midlife blessing.

A different kind of unplanned pregnancy

Most unplanned pregnancy assistance focuses on concerns typical of teens and young adults: single motherhood, disrupted education plans, poverty, rape, incest, or health crises of mother and/or baby. Yet many women over 40 who have abortions as a result of surprise pregnancy are married, not poor, in good health, and without determinate information indicating their babies have health problems. They choose abortion for three basic reasons: lifestyle concerns, a culturally driven perception that abortion is a responsible and medically advisable choice for older women, and ignorance or rejection of Judeo-Christian faith and teachings about motherhood. Each reason can be powerful and difficult for women to overcome by themselves.

Today, any lifestyle that requires sacrificing materialistic and other personal indulgences is countercultural—and therefore challenging. Suddenly entering or repeating motherhood later in life signifies, for many women, disrupted plans for their career, finances, retirement, and leisure activities. Caring for a baby will require living differently than most of their peers, thus causing fear of social isolation and negative social stigmas, and it will affect all family members.

Media sensationalism and the protectionism bred by fear of medical malpractice lawsuits perpetuate the myth that having a child naturally later in life is virtually impossible —and therefore should be avoided.

The media’s infertility stories and glamorization of alternate means of achieving parenthood, along with medical experts’ reasonable cautions about pregnancy after age 35, have been distorted to mean that natural pregnancy after age 40 is rare and a significant health risk for mother and child. Yet the American College of Obstetricians and Gynecologists states that “many older women show no greater signs of problems than do younger women. Age need not be a barrier to a safe, healthy pregnancy.”5
The well-publicized increased chance of chromosomal defects resulting in conditions such as Down syndrome and trisomy 18 can horrify women, even though such risks are actually still very small. According to the ACOG, at 43, my age-related risk for a Down syndrome baby was two percent and three percent for a baby with any chromosomal defect.6 According to my OB-GYN’s office, when my health and my baby’s ultrasound were factored in, the calculated risks were 1.5 percent for Down syndrome and .02 percent for trisomy 18. Thus, older women who are healthy enough to conceive naturally without “trying” are often healthier than age-related risk calculations might reflect.

Due to my age, I chose an OB-GYN practice that specialized in “high risk” pregnancies. Much screening and testing of my baby was recommended. Each time I refused a procedure, the physician meticulously recorded my refusal. At each subsequent appointment, I was asked to confirm that, if my baby were born with a birth defect, I had knowingly declined testing and the option of ending the pregnancy. The experience was emotionally disturbing and faith-testing, as I was tempted to second-guess my choices.

To make matters worse, women are counseled to choose abortion sooner rather than later. Thus, the push to decide comes when they’re experiencing the highest rates of psychological, physical, and spiritual upheaval, caused by pregnancy-induced hormonal change. Many older women then choose abortion because they decide that caring for an unhealthy baby would be too daunting or unethical, and/or would sever their relationships with their partners.

Yet for most genetic disorders, no definitive testing is available in the first trimester of pregnancy, and amniocentesis is not performed until at least 15 weeks. While screening tests are offered somewhat earlier, they only provide imprecise risk levels for defects.7  Fear fueled by time pressure can trump the awareness that such test results are far from conclusive. Without certain knowledge that their babies have health issues, many women decide abortion earlier is preferable to a confirmed problem later. In the U.S., 88 percent of abortions occur in the first 12 weeks of pregnancy and 61.8 percent within the first nine weeks.8

As with society in general, many older women are sorely lacking sound biblical and Church-based teaching and mentoring about the blessings of motherhood, and the spiritual pitfalls of ending their baby’s life. And even Christian and Jewish religious leaders sometimes give contradictory or downright sordid advice. An ordained minister counseled me that, although he believed life begins at biological inception, if I decided to abort because of fear of health risks for the baby, God would forgive me. Yes, God is always willing to forgive, but we should never steer someone to sin! Though intended to be helpful, his words were, indeed, harmful. My own faith tells me to always choose life and that all children are a blessing, but nonetheless, the conversation was challenging and felt insidious.

Additionally, insensitive quips abound for older pregnant women, and they reinforce feelings of disaster and failure. “Better you than me,” “It’s like your worst nightmare come true,” “Guess your husband won’t be retiring soon,” and many similar jibes reinforce feelings of disaster and failure. One woman blogged that she screamed at her husband, “I am a FREAK, a geriatric mother! Look at how my life is messed up!”9

Thus, as the legality of abortion offers virtually no limits to its cultural and moral acceptance, many older women see themselves as its legitimate recipients, even if they agonize over choosing it. And they often have the independence and resources to end their pregnancies in utmost privacy. When writing about her surprise pregnancy at age 43, former Alaska governor Sarah Palin confessed even she—a longtime pro-life advocate, married woman, Christian, and mother who was financially secure—briefly considered abortion because “no one would know.”10

Christians and all who respect the sanctity of life should be educated about this growing phenomenon. A life-affirming response to mature pregnant women and their partners, as well as sensitivity to their concerns, are greatly needed. Christian friends, especially my spiritual mentors, were very important in helping me to embrace my pregnancy.

All children are a blessing at any time in life. Our very healthy daughter, Camille Joy (which means “perfect joy” in Latin) has blessed our family in many ways.
The surprise and concerns engendered by my pregnancy led me to a closer relationship with the Lord. I gained a new appreciation for how fearfully and wonderfully I am made (Psalm 139:14) as I marveled at all my body was doing. I also experienced thankful wonderment that, although my baby was a surprise to me, she was no surprise to God (Psalm 139:13).

Camille has brought new excitement to family life. As she discovers the world around her, we’re rediscovering the joys that can be found in simple things. She has given us all a chance to be young again and opportunities for my other children to learn new levels of responsibility. And because of our maturity and experience, she is a calmer, more confident child.

My time is more divided, but I can pursue other interests. Financial resources are likewise more divided, but we’re amazed at how the Lord has provided for our needs and trust that He’ll continue to do so. Perhaps retirement is delayed, but more than ever, we’re appreciating that joy can be found in the journey—and our journey with Camille is precious.

I could go on and on about this blissful gift to our family, and I’m saddened that so many forgo it. I implore others to become informed advocates for embracing surprise midlife motherhood, so that more women will enjoy this tremendous blessing.

3Stanley K. Henshaw and Kathryn Kost, Trends in the Characteristics of Women Obtaining Abortions, 1974 to 2004, Guttmacher Institute, August 2008, pp. 1 and 9.

5The American College of Obstetricians and Gynecologists, Your Pregnancy & Birth (Meredith Books, 2005), p. 331.

Beth Caulfield writes from Lebanon, New Jersey, where she and her husband, Dr. Tom Caulfield, are raising their three children, ages 15, 13, and 2. Along with writing, she teaches diverse groups, including prisoners, in the U.S. and abroad, on subjects ranging from the Bible to contemporary Christian concerns. She earned a bachelor of arts in communications from the University of Pennsylvania and is currently pursuing a master of divinity degree from Drew Theological School in Madison, New Jersey.