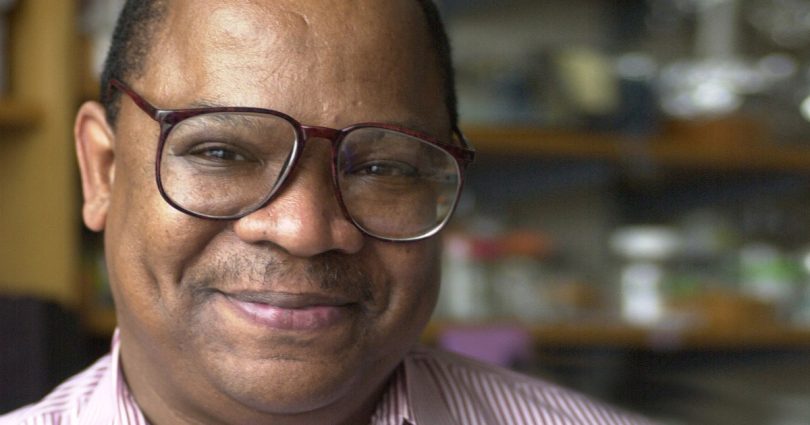 Some people call Dr. James Sherley “controversial.” Until recently, he taught stem cell science at the Massachusetts Institute of Technology since 1998. As a medical doctor, Ph.D. and life scientist, he takes human life—as in every human being’s life—seriously. And that has its price in this world.

Two years ago, after Sherley filed a complaint because he wasn’t offered tenure, the Boston Globe wrote this:

But only 41 percent of junior professors hired at MIT earn tenure and there are factors that may complicate Sherley’s case. The son of a Baptist minister, Sherley is vocal in his opposition to research using human embryonic stem cells because he thinks this amounts to sacrificing human lives. This stand puts him at odds with most of his scientific colleagues—and once prompted a shouting match with another scientist at a faculty dinner at the Blue Room, a Cambridge restaurant, he said.

Yet neither controversy nor shouting matches stopped Sherley from defending his fellow human beings, especially the vulnerable. He said, “My father is a Baptist minister and one of my important role models for life. The strength that has sustained me through life’s many difficulties and allowed me to be forever optimistic of the goodness that begins every human life is my Christian faith.”

Sherley said the investigation of his complaint that his tenure case was unfairly withheld from review by his department chair at MIT went on for more than two years.

“I was of the view that MIT’s provost, Rafael Reif, and president, Susan Hockfield, were simply attempting to stall me into leaving, since the investigation was well beyond the time limits set by MIT’s grievance policies,” he added.

Then just before Christmas, he was denied tenure and ordered to evacuate the MIT lab by January 31, 2007.

“I initially attributed the chair’s unfair decision to racism that was aggravated by a personal conflict of interest on the part of the chair and his wife, who is also a faculty member in the department, and has manifested as irregularities in the chair’s treatment of my research program, my tenure case and me,” said Sherley.

During the investigation, colleagues inside and outside of MIT suggested that his outspoken position against research that sacrifices the lives of human embryos is also a major factor responsible for his difficulties at MIT.

Speaking for the voiceless

Sherley has 15 patents pending for his technique of multiplying, or mass producing, adult stem cells. In addition to teaching budding scientists at MIT, he educated others for the common good.

Last September, Dr. Sherley spoke to hundreds of scientists, theologians and bioethicists gathered in Rome for “Stem Cells: What Future for Therapy?” a congress organized by the Pontifical Academy for Life and the International Federation of Catholic Medical Associations.

Afterwards, he went to Australia and spoke to its lawmakers before they voted on a human cloning measure. Unfortunately, however, the majority of lawmakers chose to lift Australia’s ban on human cloning.

Here in the United States, he joined the impressive list of scientists who warned Missourians against Amendment 2. Despite a valiant fight by the Catholic Church and many Missouri activists, the ballot measure narrowly passed last November, forging a constitutional license to clone and kill embryonic humans.

While some claim that we cannot empirically determine when human persons begin life, Sherley says we can. He also thinks it’s scandalous that some of his colleagues hype immoral methods like human embryonic stem cell research.

“I am upset when I hear knowing scientists needlessly confuse and mislead people who look to them for objectivity and integrity,” he said. “The world is a complicated place and there is a vast amount that we do not know about how it works and how we in it work.

“For this specific discussion, within this clear framework of scientific principle,” Sherley further clarified, “scientists can define when a human life begins. Like thousands of other multicellular organisms on this planet, human beings start life as a single cell embryo, the product of the union of a complete human genome and the programming cytoplasm of a human egg. This union occurs at fertilization.” Sherley said the ability to manipulate cells and DNA may appear to obscure the definition, but objectively it does not.

“If you find a way to activate a human genome so that it can tell a cell cytoplasm to begin human body development, you have made a human embryo, a human life,” Sherley insisted. “I have talked with my children, my neighbors and my friends about this scientific fact and they all get it. Objections like ‘But, when does personhood begin?’ are just distractions away from the key issue.”

The only issue, said Sherley, is, “When does a human life begin?”

“Whether or not the embryo has yet developed spinal nerves or self-awareness is an irrelevant point made to distract and confuse. I challenge the promoters of human embryonic stem cell research to justify why another human embryonic life is less worthy than their own was.”

All of these basic and fundamental truths are reasons why Sherley became a doctor, a scientist and a teacher. In other words, truth is the basis of helping people.

“I began college with a passion to become a life scientist who would one day make great discoveries in biology,” said Sherley. “In my junior year of college, I became intrigued by the challenge of discovering the nature of cancer cells and finding cures for cancer.”

This desire to contribute to cancer research was the reason he decided to pursue a joint M.D./Ph.D. “During my medical training, which I greatly enjoyed, I made a decision that if I were to be most effective at cancer research, I needed to do it with my full attention.” So, after finishing his M.D./Ph.D. training, Sherley pursued research training to become a principle investigator. Research in cancer cell biology led to his current studies of adult stem cells.

“Not only are adult stem cells important cells for tissue repair and regeneration,” said Sherley, “but they also play essential roles in cancer development and aging. Along the way, I discovered that I get quite a charge from teaching, training young scientists and working on how best to provide scientific information to patient groups and the public.”

According to MIT, adult stem cells are thought to exist in at least 13 body tissues, but Sherley believes that virtually every tissue and organ, including the brain, has some innate ability to regenerate. Dr. Sherley said, “We are not static beings. Our tissues turn over constantly and there must be cells that remember the form of the original organ.”

Sherley distinguishes his pursuit by noting, “There really aren’t any issues in doing research with adult stem cells. They come from an adult donor and you can get informed consent.” Furthermore, “obtaining these cells causes little if any harm to the donor. Even in cases like aspirating cells from the bone marrow, which carries some risk, many people volunteer to provide cells in this way.” In terms that laymen can understand, Sherley explained the basics about his exciting work.

“The difficulty is due to two main research challenges,” he asserted. “Exact methods for rapid and specific identification of the cells do not exist; and the cells are difficult to multiply in the large quantities needed for research and future therapeutic development.

“Our research focused on reducing both of these problems to enable new developments in cellular therapy,” said Sherley. “Our published studies describe a general method that has been successful for producing large numbers of adult stem cells from rat tissues. We are now working intensely to adapt the method for use in expanding adult stem cells from several human tissues that figure prominently in debilitating human illnesses (for example, diabetes, liver disease and cancer) and injuries (such as burns). These include adult stem cells from the pancreas, liver, blood and hair follicles.”

Dr. Sherley’s MIT colleague Dr. Rudolf Jaenisch conducted mouse trials on the altered nuclear transfer method, which was proposed by Dr. William Hurlbut of Stanford University. Hurlbut planned this method along with an alternative called “oocyteassisted reprogramming” to bring about pluripotent (i.e., versatile) human embryonic stem cells without creating a human being. As a result, many Catholic scholars have more or less endorsed it.

“Altered nuclear transplantation has been reported for experiments with mice,” said Sherley. “To my knowledge, successful oocyte-assisted reprogramming has not been reported. ANT was conceived as a response to the idea that it was the embryo’s developmental potential that made it inviolate.

“ANT yields human embryos that cannot complete development if implanted into a woman’s uterus,” he said.

“OAR was conceived to make human embryos that divide aberrantly, theoretically, to make embryonic stem cells directly with formation of an embryo capable of further development,” he said.

“Both procedures have been proposed as ‘humane’ methods for making human embryos for use in derivation of embryonic stems. Both are modified versions of cloning human embryos; and neither addresses the fundamental objection to destroying living human beings for research,” Sherley concluded.

“Letting professor Sherley go would be a big mistake,” wrote his student Katherine Ingle, one of the 181 signatories, including doctors, who praised Dr. Sherley as a man, mentor and scientist on the petition supporting his tenure at MIT. We’ll keep you informed about developments.