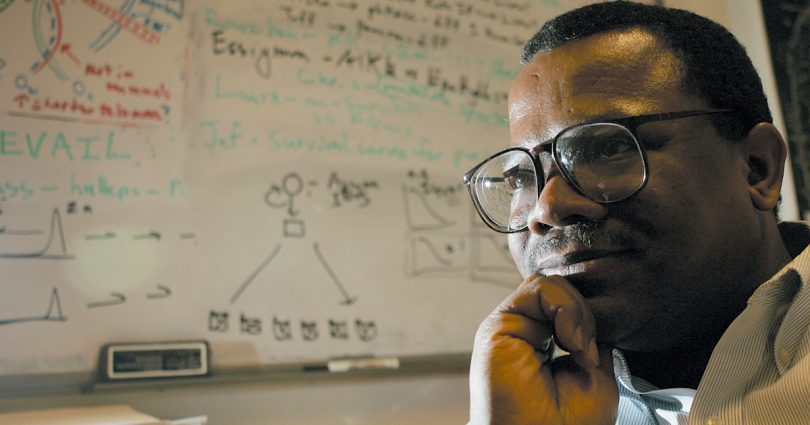 In the January-February 2007 issue of Celebrate Life, we introduced you to “James Sherley: A scientist dedicated to truth.”

Dr. Sherley was a professor at the Massachusetts Institute of Technology’s Biological Engineering Division. Despite acclaim for his teaching and strides in adult stem cell research, Sherley was denied tenure and, over the 2006 Christmas break, was abruptly notified that he would be ousted from MIT on January 31, 2007.

One of Sherley’s complaints was racism. After 12 days, Sherley broke his fast because MIT promised to investigate his grievances in a fair and timely manner.

Situations like the Sherley case usually involve some kind of politics and stem cell research has become a prominent political issue because it involves billions of dollars. Since Sherley believes that every human life is sacred, he often speaks out against human embryonic stem cell research. Therefore, it is highly likely that stem cell politics were a major factor in his dismissal.

For example, Dr. Rudolf Jaenisch, whom Sherley calls one of the “most aggressive voices” for human embryonic stem cell research, is at MIT’s Whitehead Institute. There Jaenisch did trials on mice for the controversial method of altered nuclear transfer (ANT). His ANT trials produced nonviable embryos from which pluripotent stem cells were extracted. Dr. Sherley and other scientists define ANT as a form of cloning and, furthermore, Dr. Jaenisch is a renowned proponent of “therapeutic” human cloning in the United States and Australia.

“When I first started having public exchanges with Rudy, he started with the position that he was unclear when life began,” Sherley explained. “Then he was willing to recant and say, ‘Okay, we do know when human life starts, but why don’t we make these damaged embryos that can’t really live?’ That’s where ANT came in. To be making human beings in a way that they’ll be defective is just morally reprehensible.”

In October 2006, Sherley was in Australia educating members of Parliament and urging them to preserve the national ban on human cloning. Among other things, he told them, “If you have a problem with your liver, you need a liver stem cell; you don’t need an embryonic stem cell.” However, Sherley said that Jaenisch sent a letter to the MPs disputing his testimony. Tragically, the majority then lifted the cloning ban.

Another connection to the Sherley case is Susan Whitehead. She is a lifetime member of the MIT Corporation whose father funded and founded the Whitehead Institute, where Jaenisch is the celebrity. Sherley said that Ms. Whitehead is also the chairman of the committee that reviews MIT’s Biological Engineering Division. Incidentally, MIT boasts that Whitehead is on the board of the Planned Parenthood League of Massachusetts. “So,” Sherley said, “I do wonder if my race wasn’t so much a factor as my stance on stem cell biology and the fact that human embryos are human beings.”

MIT Professor Linda Griffith had a conflict of interest too. She wrote a letter opposing Sherley’s tenure; yet she is married to Dr. Douglas Lauffenberger, the BE chairman who was over Sherley and denied his tenure. Sherley said Griffith is an engineer who takes advice on biological projects from Whitehead biologists Jaenisch and Harvey Lodish.

“Harvey and I were in head-to-head competition on expanding adult stem cells,” Sherley said. “Harvey told Linda that he doesn’t think my approach is valid. She took that and asked me to stop pursuing my approach.”

On February 6, the day after Sherley began his hunger strike, “A Plea for Fairness at MIT” was published in The Tech, an MIT newspaper. The letter was signed by 15 MIT professors, including the famed Noam Chomsky and esteemed scientist Dr. Chi-Sang Poon. Among many violations, the plea decried Professor Lauffenberger’s conflict of interest, stating: “…it would have been appropriate for the BE Division Head to recuse himself from assembling and deciding Prof. Sherley’s tenure case. However, not only did the Division Head fail to recuse himself, but he solicited an internal letter from his wife to be included in the tenure file.”

On February 7, Dr. Sylvia Sanders, who was an assistant professor of biology at MIT, 1997–2001, submitted a plea for Dr. Sherley. Both Sanders and Sherley cited career-hampering examples of racism by MIT officials.

On March 6, White Coat Notes, a publication of the Boston Globe, published excerpts of more protest letters by Dr. Poon. He said, “I am putting my career at MIT on the line to speak out on these important issues challenging the administration and President Hockfield for the good of the Institute because they may significantly impact the future governance of the Institute on many levels.”

On May 21, Dr. Poon further rebuked Provost Reif for two claims of fairness: Reif’s open letter to MIT faculty and interview in the May 15 issue of The Tech.

Most strikingly, on June 1, the executive director of the Center for Biomedical Innovation resigned. Professor Frank Douglas wrote: “It is with a deep sense of disappointment and a heavy heart that I have come to the decision to withdraw from MIT… My dismay is even greater because the Institute, after having agreed to arbitration, which led to Prof. Sherley ending his hunger strike, now, has negated that agreement and insists on his departure on June 30, 2007. Frankly, I am so astonished that the Institute did not resolve this issue that it leaves me to believe that the desire to do this was and is lacking. Clearly, where there is no will, there is no way!”

Despite the MIT strife, the National Institutes for Health awarded Sherley $2.5 million over five years to develop his method of mass-producing adult stem cells (ASCs) and the money follows Sherley. “On September 4,” Sherley announced, “I began my new professional affiliation as senior scientist of programs in regenerative biology and cancer at Boston Biomedical Research Institute in Watertown, Massachusetts.

Like all precious research, Dr. Sherley’s will take time. Barring some cataclysmic event, I believe that science and people of good faith will triumph. So, in the James Sherley case, MIT lost.