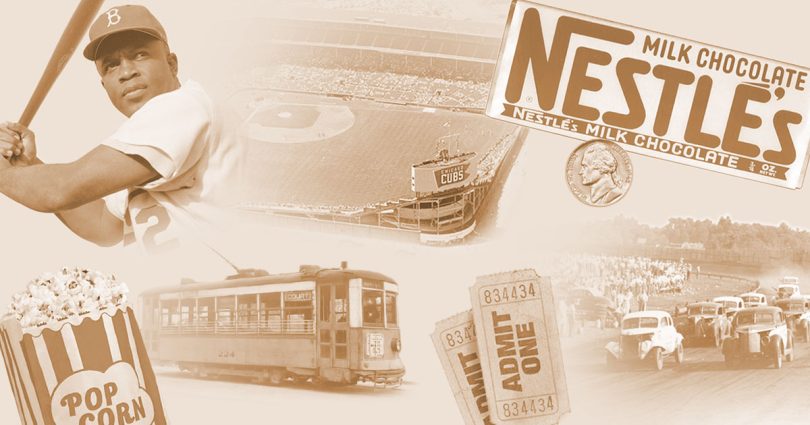 To many of us, “old” is not a good word. People dread the idea of getting old, of wrinkles and sags, of poor eyesight and failing hearing, of faltering steps, and of shaky handwriting. That is all “old” means to a lot of younger folks.

But they are mistaken. Theirs is a very shallow perception of what makes up an older person. They see the wrinkles, but they know little of the battles and skirmishes that caused them. They have little understanding of the lessons learned and the value systems formed in the heat of those battles—only some of which were won.

They see poor eyesight and failing hearing as signs of a body wearing out, yet they have little comprehension of the millions of images and sounds that have contributed to the senior’s vast data bank of knowledge—knowledge that serves to guide one’s way through the minefields of life and offers wisdom to avoid life’s many pitfalls and the consequences of poor decision-making.

They define shaky handwriting as the loss of fine motor control. In a narrow sense, that is true, but such a definition fails to value the thousands of contributions that that shaking hand has made in the building of a life—a life devoted not only to one’s self but to others as well.

So “old” is not a bad word. It is, in fact, a very comprehensive word, brimming with aspiration, full of the knowledge that only a life’s experiences can generate, and laced with hard-earned wisdom of the gentlest kind.

“Old” also has its personal memory bank—a treasure chest of mostly fond (and sometimes bitter) recollections of times and events; of people and places; of battles won and battles lost; of love and family; of sons, daughters, and grandchildren; and of parents and all those who have gone before.

That memory bank also includes a lot of things we refer to as “lore”—tidbits of the way things were. We remember them, not to bring them back, but to help us and our children to see how far we’ve come, what we’ve accomplished, and which of yesterday’s values may be worth hanging onto.

So I offer here some bits of lore from my memory bank. I remember:

A couple of incidents with my dad hold a special place in my memory bank. I will never forget the day in 1949 when he took me to Chicago’s Wrigley Field to see the Cubs play the Dodgers. While this was my first time in a big-league park, I sensed that my dad saw this as more than just another ballgame. The Dodgers were an outstanding team and would go on to win the National League pennant that year. The team had a great lineup, including Pee Wee Reese, Carl Furillo, Gil Hodges, Roy Campanella, Duke Snider, and Jackie Robinson. Yes, Jackie Robinson—the first black man to ever play in the major leagues.

Robinson’s presence on the Dodger roster was a highly contentious issue all over the country. Some of the fans booed the so-called “troublemaker” as he came to bat. Others stood to honor him.

Dad was one of the first to stand and applaud Robinson, and I remember him saying after the game, “Richard, you saw history today, both good and bad. Now learn from it.”

Perhaps it was more than coincidental that Dad, following the 1968 death of Dr. Martin Luther King Jr., would walk with Ralph Abernathy in the Poor People’s March in Washington, DC.

Then there was the time Dad and I went to the stock car races in Peoria, Illinois. The man at the ticket booth said, “One adult and one child, that’s two-twenty-five for you and the boy.”

Dad responded, “No, the sign says, ‘twelve and under, half price’ and my son is thirteen.” I thought, “How dumb. We could have saved seventy-five cents.”

Later, when discussing the incident, Dad said, “My dad taught me that. He said it’s a matter of deciding what kind of person you want to be.”

More than 20 years later I took my son, Rick, to a baseball game in Walla Walla, and the ticket incident repeated itself. He was 14 at the time but looked a little younger and was offered a half-price ticket. I hadn’t thought of the racetrack incident in years, but when Rick looked at me quizzically, I paid the full price, and suddenly Dad’s words appeared on my tongue: “My dad taught me that. He said it’s a matter of deciding what kind of person you want to be.”

My dad taught me a lot about life and about faith. I am forever indebted to him for that. Those are just a few of the treasures in my memory bank. There are many more, of course, but I’ll stop here to give you pause to dig into your own bank of treasured memories.

When you do, know that they will provide some of the whys and what ifs as you ponder the events that taught you how to live, how to make good decisions, how not to make the same mistake twice, and how to sort out the important stuff from the trivial.

Getting old has given me the time to figure out what is really important, to appreciate the people who have made my life better, and to determine that—in spite of a few wrinkles, poor eyesight and hearing, a faltering step, and a shaky hand—my last days will be the best days of my life. I really don’t feel  “old,” as I was just born in 1934.

Society must look upon all people—born and preborn—as valued and vital members of the human family. The elderly are no different. While both the Catechism and many Church documents teach about the respect and reverence we must give to the elderly because of their past contributions, their knowledge, and the care they have bestowed upon the people in their lives, we really should not need any document to tell us how to treat our elderly grandparents, friends, or neighbors. We are all children of God, and as such, we all have inherent dignity. We do not lose that dignity by growing older, sicker, or when losing our capabilities—whether those are mental or physical. To that end, it is the responsibility of the younger generations to lovingly care for, protect, serve, and cherish the elderly in our lives. Let us look at them through the eyes of God, with the compassion He bestows on us all, and with a spirit of generosity.

Dick Williamson is semi-retired and doesn’t know how to quit. During his life he has been a social worker, a pastor, a businessman, and a radio personality. He has a degree in English Literature and has been a sometime author, published in numerous magazines. He and his wife, Cookie, live in Greeley, Colorado.