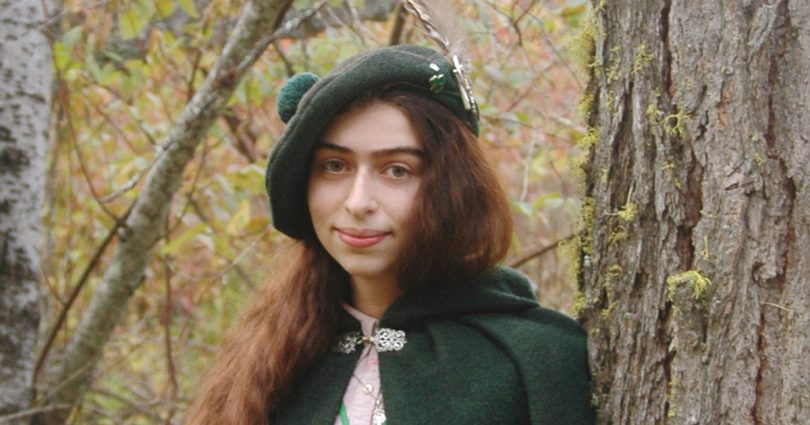 At age 19, I am a young Catholic woman who is interested in religious life. I was so inspired by the life and work of Saint Frances Xavier Cabrini that I wanted to join her order, the Missionary Sisters of the Sacred Heart. As I considered it, I went to the sisters’ American Stella Maris Province web site, but inspiration turned to shock.

First, I was disappointed to find that the sisters no longer wear the beautiful, trademark Mother Cabrini-style black habits that signify they are the brides of Christ. Like many other young people, I strongly believe that a religious habit is a great aid to the preservation of our Catholic identity.

However, what really troubled me in visiting the Missionary Sisters’ web site was the mention that they work with the United Nations. Therefore, I wrote to them voicing my concern and asking if they condemned the coercive UN population control programs. I further cited examples of the UN refusing to give food or medical help to impoverished women or their children, unless the women agreed to be sterilized.

Sister Dianne Olmstead, MSC wrote back, but wouldn’t give me a straight answer. She said the Missionary Sisters of the Sacred Heart order was a member of a nongovernmental organization (NGO) called UNANIMA, which worked for the “promotion of women,” but she wouldn’t say whether UNANIMA condemns UN population control programs.

According to the Brigidine Sisters of New Zealand, another member order, UNANIMA stands for United Nations and anima, which they describe as meaning “a feminine life principle.” However, the word “anima” means “life” or “soul,” whether female or male.

After Sister Diane’s reply, I wrote to her again, asking if the nuns denounce the UN’s involvement in abortion, contraception and sterilization. She sent a vague statement of “being against all these forms of injustice,” but she would never say if the Missionaries of the Sacred Heart, Stella Maris Province, denounce the UN programs or the trade in human fetal body parts which are used for research and cosmetic treatments in the Ukraine and Barbados. Although her order belongs to UNANIMA, she said she didn’t know what the NGO actually does and that I should check the UNANIMA web site.

There UNANIMA International describes itself as an NGO “committed to work for justice at the international level in harmony with the charter of the United Nations for the social and economic advancement of all peoples.” It was founded in 2002 by “representatives of seven congregations of women religious.”

UNANIMA “aligns its work with current United Nations efforts for the peoples of the world.” According to a UN document about NGOs, such groups give reports to a UN committee on how the Committee on the Elimination of All Forms of Discrimination against Women (CEDAW) is being implemented around the world. It says: “The Committee welcomes country-specific information from nongovernmental organizations, in the form of alternative or shadow reports.”

The UNANIMA web site also links to the UN, UNICEF, UNAIDS and CEDAW.

CEDAW reports are advertised right on UNANIMA’s web site, without any sort of disclaimer. There is nothing on the UNANIMA site condemning or even cautioning against CEDAW, which the Catholic Family and Human Rights Institute calls “one of the most dangerous, anti-family, anti-life schemes ever conceived by the radicals who dominate UN policy.” Nor, for that matter, do the sisters offer a word of caution about UNICEF, which is actively involved in funding abortion and contraception.

I followed the UNANIMA link to the CEDAW web site, where, right on the first page, the CEDAW Convention is described as “the only human rights treaty which affirms the reproductive rights of women” and “targets culture and tradition as influential forces shaping gender roles and family relations.”

In fact, the CEDAW treaty mandates the legalization of abortion. It says, “Countries that have ratified or acceded to the Convention are legally bound to put its provisions into practice. They are also to submit national reports at least every four years, on measures they have taken to comply with their treaty obligations.”

To assure that CEDAW policies are implemented, countries are instructed to “establish tribunals to ensure elimination of all acts of discrimination against women by persons, organizations or enterprises.”

Because CEDAW forbids any distinctions or exclusions based on gender, it could be used to persecute the Catholic Church because of its “exclusion” of women from the sacred priesthood.

Furthermore, CEDAW’s proclamation of women’s “right to free choice of profession and employment” turns out to be a command for the worldwide legalization of prostitution.

And CEDAW’s ban on “any distinction, exclusion or restriction based on sex” is an order for the legalization of same-sex “marriage.”

According to the Catholic Family and Human Rights Institute, the CEDAW ban on “orientation bias” would likely legalize pedophilia and child molestation, as if some people are “oriented” towards molesting children.

CEDAW also promotes the outlawing of Mother’s Day under the pretense that it “perpetuates traditional stereotypes.”

Consequently, I wrote to all the religious orders on the UNANIMA web site, asking each of them how they, as Catholic nuns, can support CEDAW. So far, I have received no reply.

I find it hard to believe that the sisters are ignorant of CEDAW’s abortion agenda, since it is clearly stated as “women’s reproductive rights” and they link to the treaty.

Besides this, the UNANIMA site states that its board of directors, made up of nuns from the various orders, “educates our members about the programs and activities of the United Nations.”

UNANIMA’s board of directors consists of nuns from the member congregations, plus a “coalition coordinator.” They determine the policies and activities of the coalition. Officers on the board of directors are President Jean M. O’ Meara, SHCJ; Vice President Mary Lou Simcoe, SUSC; and Secretary Stella Storch, OP for CSA.

In addition, at least one of the UNANIMA member orders, the Holy Union Sisters, is also linked to the Leadership Conference of Women Religious (LCWR), which promotes radical feminist agendas in American religious orders.

For example, Sister Joan Chittister, a keynote speaker for the LCWR, was a supporter of the 23 nuns disciplined by the Vatican for signing the infamous New York Times 1983 statement supporting abortion and she’s a strong supporter of CEDAW.

I wanted to join the Missionaries of the Sacred Heart, but I was grieved to find that they now have little in common with their holy foundress, Saint Francis Xavier Cabrini. In fact, Mother Cabrini would have been horrified at being connected to the murder of babies through abortifacient contraception and abortion itself.

A third of my generation has been snuffed out by the culture of death and I will take no part in any order that helps to perpetuate the continued slaughter of my brothers and sisters. With groups like UNANIMA, it’s no wonder that these orders fail to attract vocations. Thus, the “Sisters of Death” ultimately reap what they’ve sown.

Jennifer Fionnait Orchard writes from Republic, Washington. She is a member of the Legion of Mary and is still considering a religious vocation.