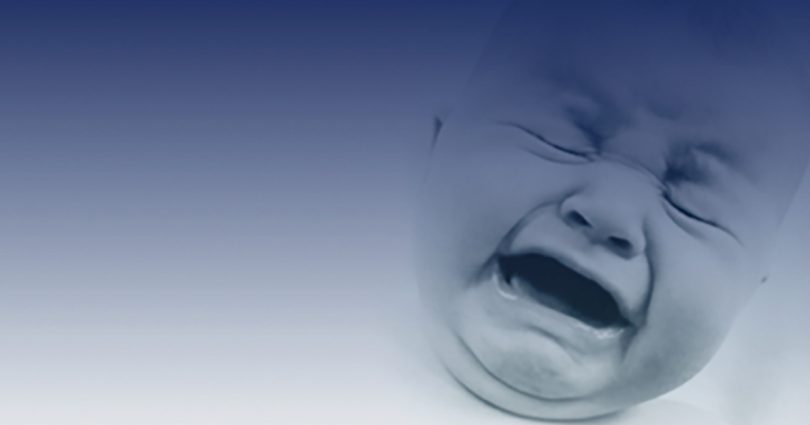 Even though Planned Parenthood’s last annual report shows that it grossed $902.8 million, 2007 has been a challenging year for the abortion giant. After all, it has been embarrassed by exposés of business fraud, patient injuries and public reaction to its death toll. Now, because the Planned Parenthood Federation of America has been hurt by pro-life activities over the last decade, it is desperately trying to regain its footing through a restructuring program. There are several parts to the latest Planned Parenthood thrust and we will show you what is happening in each area.

In March, two American Life League staff members mingled among attendees at the Planned Parenthood Federation of America’s annual conference in Los Angeles, California. While there, we were struck by the emphasis on mergers. A number of sessions for affiliate executives and staff focused on the merging of affiliates. One was even titled “Mergers without the Mania: Organizational Structures for Change.”

To put mergers into perspective, let’s consider how Planned Parenthood is structured.

Each of the affiliates has a board of directors, a president, an executive director, a medical director and many other staff positions. When affiliates merge, several of the high-level positions are combined, thus reducing operating costs. It is this savings that drives mergers.

Each Planned Parenthood affiliate participates in decision making at the organization’s highest level. Over the years, Planned Parenthood has had problems setting policy that works for both its large and small affiliates. Methods suiting affiliates with operations under $1 million are sometimes very different than the methods which work best for a $10 million operation. If Planned Parenthood can eliminate the smaller affiliates, it will have more homogeneous operations and an easier policysetting process. This goal for uniformity also drives mergers.

In early 2007, we estimated that 36 affiliates across the country were candidates for mergers. That number includes six in Ohio; five in Florida; four in Texas; three each in Illinois, Michigan, Pennsylvania and Virginia; two each in Iowa, Kentucky and New York; and one each in California, Missouri and New Jersey.

While Planned Parenthood is pushing for larger, more centralized affiliates, it is also embarking on an effort to reverse an 11-year decline in its clinic numbers.

Planned Parenthood spreads its tentacles in the local communities through its clinic operations. Each clinic gives it a base to get into schools and other areas of community life.

However, a dwindling number of clinics is precisely what it has. As the graph on the right shows, from 1984 through 1995, Planned Parenthood’s clinic numbers grew. It had even established an aggressive goal of 2,000 clinics by the year 2000. Yet Planned Parenthood didn’t count on the opposition it would get from the pro-life community.

The first is to open “express clinics.” These are basically retailstore outlets that allow Planned Parenthood to locate in malls and other wholesome locations. It can then refer its retail customers to its main clinics for abortions and other “services.” Concomitantly, it opens larger main clinic sites. Planned Parenthood’s strategy is to equip its main sites to handle the increased customer volume that its express clinics aim to generate.

The second strategy is to be extremely secretive about its future plans. Through its various publications and speakers, American Life League has previously reported on the secret and fraudulent maneuverings of Planned Parenthood in Portland, Oregon; Aurora, Illinois and Denver, Colorado.

The importance of government money to Planned Parenthood was brought home dramatically in its 2005-2006 annual report, released this year. It showed that Planned Parenthood had a decrease in donations and customer income at its clinics. It now gets $305.3 million of our tax money annually.

As a result, Planned Parenthood replaced its president with a political operative. Its current president, Cecile Richards, has no healthcare experience, but has a long list of progressive political credentials, including her background as deputy chief of staff for Nancy Pelosi, pro-abortion Speaker of the U.S. House who claims to be Catholic.

As we approach Christmas and the year’s end, Planned Parenthood is succeeding with its merger plans. It has fewer affiliates now than it had at the beginning of the year.

However, that isn’t good news for Planned Parenthood because when it closes small affiliates, Planned Parenthood often loses a number of high-dollar local supporters. After a few years, many wealthy local donors stop giving to a distant affiliate and switch to other local charities.

Planned Parenthood knows this and is trying to prevent it from happening, but its merger plans may just be setting it up for disaster. Planned Parenthood is also experiencing real problems with its plan to secretly build large, central abortion facilities. Pro-lifers in Portland, Oregon discovered its plans even before it acquired the property and they have been working steadily to stop the facility. The Portland effort is one of the most ecumenical that we have ever witnessed against Planned Parenthood. It involves Catholic churches, black Protestant churches and the local Islamic center. Young and old, rich and poor, are mobilized to fight construction of an abortion business in their neighborhood.

Pro-lifers in Denver, Colorado discovered Planned Parenthood’s plans after it bought the land, but before any construction had begun. With strong pro-life leadership, Denver pro-lifers are activated and fighting to stop the massive Planned Parenthood project.

Upon discovery, Eric Scheidler’s group Pro-Life Action League, Catholic bishops and parishes, plus other Christian churches reacted swiftly. Thousands of pro-lifers established an around-the-clock presence praying outside that Planned Parenthood building. Over the course of weeks, they rallied against Planned Parenthood before Aurora’s city council. Consequently, the council denied Planned Parenthood permission to open until the city could investigate whether the abortion business had broken permit rules.

Despite a desperate grassroots appeal from Cecile Richards and the lawsuit Planned Parenthood filed in federal court, Judge Charles Norgle twice denied Planned Parenthood’s “emergency” request to open its 22,000- square-foot abortion facility. Unfortunately, the city did allow Planned Parenthood to open, but at least the killing center’s opening was delayed for two weeks.

Additionally, some Planned Parenthood express clinics are doing what the national headquarters wants, but many others open and quickly close. Of course this occurs because pro-lifers are publicly opposing Planned Parenthood in their communities.

So, during this Christmas season, let’s all take heart. After all, Planned Parenthood’s best schemes are failing because God is raising up a great army to fight against it. His people are armed with truth, prayer and an unyielding commitment to work every day for the greater glory of God. Therefore, let’s spend time with family, rejoice in the birth of Jesus and drink the peace of Christ. In the New Year, let’s all return renewed in order to make 2008 the worst year Planned Parenthood has ever experienced.