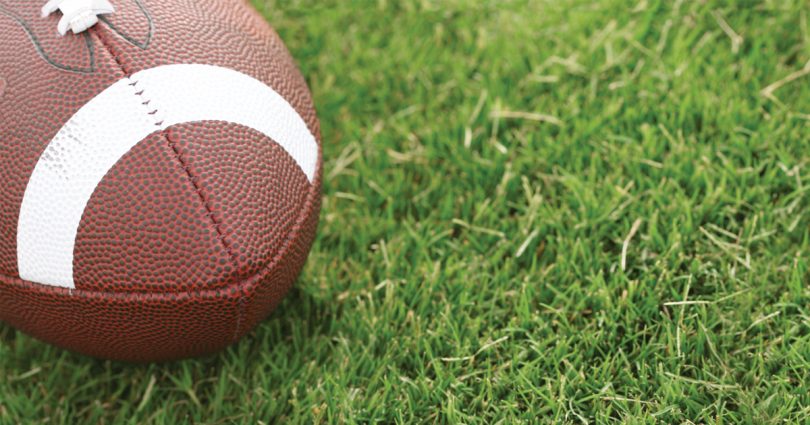 A funny thing happened on the way to the 2010 Super Bowl. While most Americans were tending to last-minute Christmas details, a columnist for the Colorado Springs Independent, a local weekly, reported sarcastically on rumors of a plan across town. “I’m not kidding about this,” began Rich Tosches, in the story dated December 24, 2009. “During the telecast, mixed in among all the hilarious, watch-my-wife-Susie-blow-beer-out-of-her-nose commercials, there may be a 30-second anti-abortion ad from our very own Focus on the Family. Really.” Then he explained it would spotlight the story of 2007 Heisman Trophy-winner Tim Tebow and his mother

While Tim’s parents, Bob and Pam Tebow, were Evangelical missionaries in the Philippines (1985–1990), Pam became ill during a pregnancy. Doctors advised her to have an abortion, but she declined and gave birth to Tim in 1987. (Pam also proved her pro-life convictions by endorsing Colorado’s 2010 human personhood initiative, Amendment 62.)

Tosches said he called Focus for confirmation, but media relations director Gary Schneeberger declined to comment. That would turn out to be a brilliant decision.

A week later, the Huffington Post web site linked to Tosches’ scoop and cyberspace lit up like a New Year’s Eve fireworks display. “Word on the street is that the intended ad will feature Tebow and his mother telling the story about how she chose to continue her pregnancy despite a doctor’s advice that her life was endangered. The message: don’t get an abortion, because that fetus could be the next college football star!” fumed columnist Alex DiBranco in “Anti-Choice Tim Tebow Super Bowl Ad Must Go” on Change.org.

Hers was one of an increasingly shrill chorus of voices urging CBS not to air the ad. High-profile attorney Gloria Allred called it “misleading” because “an abortion at the time of Pam’s pregnancy was and still is a crime for both doctors and women in the Philippines.” She threatened to complain to the Federal Communications Commission and the Federal Trade Commission if the ad didn’t mention that abortion wasn’t decriminalized in the Philippines. However, others pointed out that since Pam is an American citizen, she could have easily returned to the U.S. to obtain an abortion.

When it became clear that CBS was maintaining course, Planned Parenthood released an opposing video featuring former pro football player Sean James and Olympic gold medalist Al Joyner. “There’s a lot of talk leading up to this Super Bowl about an ad,” James warned and then discussed the Tebows’ “difficult medical decision.” The spot concluded with the athletes affirming their celebration of family by trusting women to make their own “decisions about their health and their future.” NARAL Pro-Choice America also released an opposing video and created a web page for Super Bowl viewers to visit while the Tebow ad aired. “Focus on something else while that ad is running,” advised NARAL president Nancy Keenan.

Focus on the Family remained largely silent throughout the drama until late January, when CBS quoted Schneeberger, who mused that he was “a little surprised” at the furor over the forthcoming ad and said, “There’s nothing political and controversial about it.” Well, yes and no. Schneeberger was speaking in all honesty, but wherever abortion is condoned, choosing life will inevitably be controversial. It only takes a spark to get a fire going, and it only took a hint of a rumor to unleash a barrage of spring-loaded opposition.

The jump-the-gun reaction is telling. And though the resulting clamor some of it nearly violent with emotion was a chaotic mix, careful listening reveals three underlying motives:

Blatantly intolerant political correctness suppressing dissent: Tosches’ leak dripped with Saturday Night Live-style mockery, making it clear he didn’t know what to make of Focus. Slate columnist Jason Fagone admitted to “some queasiness” over the idea that the Tebows actually believe what they say they believe. In “I want Tim Tebow to fail,” sportswriter Jeff Pearlman wrote, “Tim Tebow scares me, and … he should scare you, too. … I don’t care how nice Tim Tebow is. If he’s in an ad for Focus on the Family … to hell with him.” Such responses can be summed up as “These people are weird. They should be silenced.”

Abortion interests guarding their turf: Early on, the abortion industry mobilized backers by framing decriminalized abortion as an emblem rather than a desecration of women’s rights. And radical feminists and others with a stake in promoting abortion leapt to service. “This personal story with such meaning to their own family should not be misused for a Focus on the Family agenda to take away women’s right to access a safe abortion,” opined DiBranco. Twelve days later, with CBS still planning to air the ad, she was so agitated that coherence went out the window. “Focus on the Family doesn’t support women’s choices. It supports depriving women of control over their own bodies. Palin and Mrs. Tebow have every right to choose not to have an abortion, a personal decision between a woman and her doctor not something you should drop five million dollars on, to show an ad geared toward gaining influence and power over depriving other women of that right to make the same, or a different choice.

National Organization for Women president Terry O’Neill maintained sufficient composure to at least make a point: “NOW respects every woman’s right to plan her own family and insists our laws do the same.” The gist of her objection was the same: “They want to take away our rights. They should be silenced.”

Post-abortion grief, aggravated by guilt: Here we move into more delicate territory. A discerning listener can hear between the lines of protest, “Your stance hurts me. Please stop saying that.” NOW vice president Erin Matson said, “This ad is frankly offensive. It is hate masquerading as love [emphasis added]. It sends a message that abortion is always a mistake.” O’Neill condemned the planned ad as “extraordinarily offensive and demeaning” and complained, “That’s not being respectful of other people’s lives.” Readers’ comments on some of the articles were even more revealing. “If that situation didn’t cause harm, then … we could afford to simply ignore it. But unfortunately, it causes a great deal of harm.” No one asked the commenter exactly what that harm might be, but in her first tirade against the ad, DiBranco answered the question succinctly: “It’s grieviously offensive to those women who have had an abortion.”

Now we have unveiled the black hole at the center of this storm. The reality is that it’s the abortion that’s grievous. The exact opposite of abortion a pregnancy carried to term and the resulting human being living among us exposes the horror of abortion for what it is and makes it impossible to suppress. The pain is already there. But all of the protesters were wrong about what should be done to remedy the pain

Light shines in the darkness

The only remedy for sin and death is the cross, and the only remedy for abortion pain is the forgiveness to be found there. Pro-life, pro-family Christian outreaches, such as Focus on the Family, the Tebows’ ministry and ALL, work to spread this redemptive message.

The 30-second ad, titled “Celebrate Family, Celebrate Life,” aired as scheduled during Super Bowl XLIV, on February 7, 2010. It opened with Pam Tebow holding up a picture of “Timmy” Tebow as a baby. “I call him my miracle baby,” she says. “I can remember so many times when I almost lost him. It was so hard.” She gazes at the picture with an expression every mother knows. Then her voice brightens. “Well, he’s all grown up now!” Her gentle tone becomes stronger. “You know, with all our family’s been through, we have to be tough.”

Suddenly Tim comes in and tackles her in a silly, slapstick way, then throws both arms around her. “You still worry about me, Mom?” he asks, as their picture fades to an invitation to visit Focus on the Family’s web site to read the full Tebow story. “Well, yeah!” she says. “You’re not nearly as tough as I am.”

And that was it—leaving viewers wondering what all of the hullabaloo was about. Ironically, it was the preemptive protesters who actually told the story they so desperately wanted suppressed. While they were at it, they exposed the cold insensibility of those who promote abortion by purporting to be women’s defenders and helpers. In the meantime, Focus received millions of additional hits on its web site and subsequently made a deal with Colorado CBS affiliates to air ads during Denver Broncos games (which now include Tim) in the following season.

By press time, there was no word on pro-life ads for Super Bowl XLV, but wherever the battle for life explodes next, we, as Christ’s followers, have a better remedy for the offense of abortion. In the face of those who think us weird or the entrenched abortion interests, we simply keep doing what we do. But for the millions of women still suffering from a choice made long ago, we can respond with something better than the silence some so stridently demand. We can point them to the cross—the one place in all of human history where death leads to forgiveness, life and a restored soul.

There’s the score that’s a win-win for all

In 1989, a first for the pro-life movement occurred when Wellington Mara, a New York Giants co-owner and American Life League advisor, partnered with ALL to produce Champions for Life, a nine-minute video featuring strong pro-life statements by six players from his 1987 Super Bowl champion Giants team: Mark Bavaro, George Martin, Phil McConkey, Chris Godfrey, Phil Simms and Jim Burt. Simms, the game’s most valuable player, was also a 2010 Super Bowl announcer and went on record supporting the Tebow ad. Though Champions for Life wasn’t shown on national television, it was distributed to churches and pro-life groups nationwide.

Shortly before his death in 2005, Mara videotaped an address to Godfrey’s Life Athletes organization, which works with youth to promote virtuous, chaste living and respect for life. “Now, as never before, these oncoming generations need our guidance,” Mara said. “They need only to be pointed in the right direction, and if our generation is really the greatest generation, that is a task that we will face and accomplish.”

By preemptively and vehemently opposing the Tebow ad, not only did the abortion lobby unwittingly ensure its success, but it also helped American Life League by publicizing Champions for Life, as ALL’s president, Judie Brown, explained in her February 5, 2010 commentary:

“When the [January 31, 2010] Washington Post chose to run a commentary by pro-abortion feminists Frances Kissling and Kate Michelman, they exposed the public to the truth. … As Kissling and Michelman went to great lengths to explain what the culture-of-death advocates should learn from the Tebow ad placement, they … shed light not only on the successful strategy of Focus on the Family but the ad’s precursor, Champions for Life.”

The Post even added a sidebar on Champions for Life, which, in the article’s online version, links to a highlights clip. The entire video can be viewed on ALL’s YouTube channel at YouTube.com/user/AmericanLifeLeague