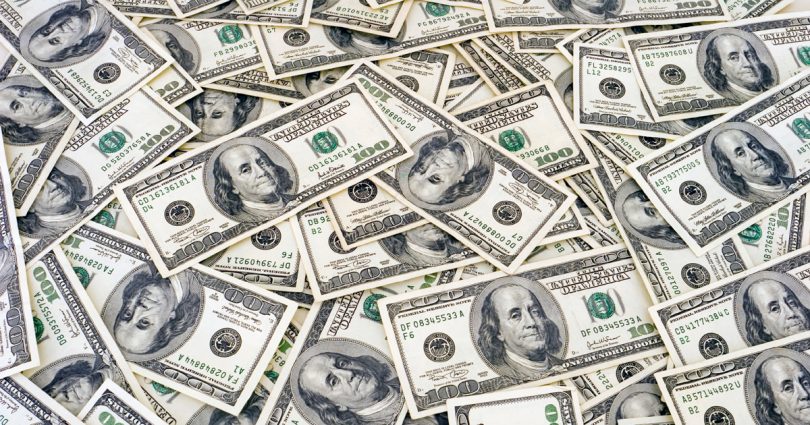 For years, Planned Parenthood has been America’s most successful serial killer—a nefarious network of 232 facilities that commits surgical and medical abortions.

In its annual report for the 2005–2006 fiscal year, the Planned Parenthood Federation of America admits to committing 264,943 abortions—the most babies it has ever killed in a single year. Considering this new death toll, the organization has killed at least 4,068,749 babies in the womb since 1970.

Unlike other serial killers, Planned Parenthood doesn’t have to hide the bodies. It actually brags about the numbers because, in America today, killing babies in the womb is not a criminal offense.

Furthermore, Planned Parenthood claims that “only” three percent of the people who go to its business locations have their babies killed. Yet this three percent results in the deaths of 5,095 children a week—every week!

Planned Parenthood makes a big deal of the fact that the majority of its business is the sale of 2.8 million birth control products, including so-called emergency contraception. What it doesn’t mention is that the majority of these products can actually kill children in the womb by preventing implantation.

But Planned Parenthood also reported the following decreases in its business:

In other words, while Planned Parenthood increased its abortion business, it reduced many of the services people would consider as good.

The chart on the next page shows the latest financial figures from Planned Parenthood.

Overall, it was a successful year for the organization. For the first time, total income surpassed $900 million and it made a hefty profit of $55 million, bringing its total profits since 1987 to $656.8 million.

Although many people believe Planned Parenthood provides free services, the fees Planned Parenthood collects directly from customers at its clinics are the largest single source of its revenue. They accounted for 38.2 percent of its total income in its latest report.

Last year, however, clinic income actually went down from the previous year. It declined $1.7 million. Although this isn’t a large decline, it is the first yearto-year customer income decline for Planned Parenthood in over 50 years.

The numbers in the latest annual report also show that donations to Planned Parenthood were down. This is not as dramatic as the decrease in customer dollars because donations rise and fall from year to year.

The real challenge in shutting down Planned Parenthood continues to be government control of our tax dollars. While Planned Parenthood’s annual report shows a staggering $34.6 million increase in taxpayer money going to the organization, thankfully, that funding is being challenged.

For the first time ever, on July 19, while the U.S. House of Representatives considered funding for the federal health program known as Title X, Representative Mike Pence of Indiana introduced an amendment to prohibit Planned Parenthood from receiving any Title X money in 2008. Although the amendment failed, it got 189 votes, which is 45 percent approval. Planned Parenthood can’t be happy about the number of congressmen who want to see its taxpayer funding ended.

Most likely, Planned Parenthood is especially unhappy about the remarks by Representative Trent Franks of Arizona, who said: “… abortion on demand in America is the greatest single cause of death in our nation’s history… Planned Parenthood is the foremost promoter and provider of abortion on demand for any reason or no reason… For this government to appropriate one penny of the taxpayers’ money to an organization that kills unborn children and emotionally impoverishes their mothers is a disgrace that undermines the core essence of the United States of America and betrays everything that our soldiers lying out in Arlington National Cemetery died to preserve.”