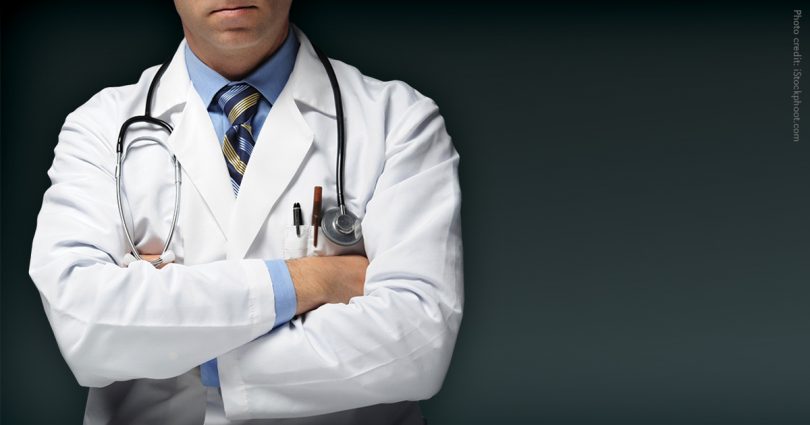 The natural law tells us that, in the context of health care, 1) food and water are basic treatment and care, and should not be withdrawn lightly; 2) morphine must not be used aggressively to hasten death when a patient is not near the time of death; and 3) pain management must be properly titrated to avoid overdose.

In the early 1980s, the “right-to-die” movement identified a serious roadblock to its agenda: Society still considered the provision of nutrition/hydration as “basic care.” Journalist Diana Lynne recounted the moment in Terri’s Story: The Court-Ordered Death of an American Woman (2005):

Daniel Callahan, then director of the Hastings Center, observed in 1983, “Denial of nutrition, may, in the long run, become the only effective way to make certain that a large number of biologically tenacious patients actually die.” The problem was, he noted, providing food and fluids was still considered basic care. And a “deep seated revulsion” existed over the prospects of withholding or withdrawing nutrition/hydration. Callahan’s words rang true a short decade later, as they helped shape a more nuanced right-to-die movement that promoted a “third path” to death—not wholly natural, not suicide, but something in between.

The ‘third path’ to imposed death

There are two distinct wings within the “right-to-die” movement. The more militant wing, which includes Death with Dignity and Compassion & Choices (formerly known as the Hemlock Society), advocates decriminalizing physician-assisted suicide. The “more nuanced” wing, starting with the Euthanasia Society of America (founded in 1938), has undergone several benevolent-sounding name changes, including Concern for Dying, Society for the Right to Die, Choice in Dying, Partnership for Caring, and Last Acts Partnership.

Starting in the 1970s, the “more nuanced” wing sought to pass living will legislation (aimed at convincing patients to forego treatment) and eventually succeeded in all 50 states. It was bolstered by the Supreme Court’s rulings inCruzan v. Director, Missouri Department of Health (1990), which held that withholding or withdrawing nutrition/hydration was a patient’s right, and Vacco v. Quill and Washington v. Glucksberg (1997), which upheld two state assisted-suicide bans, but also distinguished between physician-assisted suicide, and withholding or withdrawing life-sustaining medical treatment and/or aggressive pain management.1

Congress indirectly endorsed this distinction in the Assisted Suicide Funding Restriction Act of 1997 by including “safe harbor” exceptions, which permit withholding or withdrawing life-sustaining procedures (including nutrition/hydration), and applying the principle of double effect to pain management.2 In recent years, the “more nuanced” wing has worked to pass state laws that prohibit assisted suicide but include similar exceptions.

Palliative care and the ‘third path’

Perry Fine, MD, a founding member of the American Academy of Hospice and Palliative Medicine, opposed the 1997 federal ban on funding assisted suicide. Yet, he liked its exceptions: “Advocates of palliative care medicine should herald this aspect of the act.”3

Traditional palliative care was symptom management. The theory was that patients offered adequate pain and symptom relief won’t request physician-assisted suicide. However, shortly after the AAHPM’s founding in 1988, palliative care’s definition and scope were expanded, and this radically transformed version later became an official medical subspecialty.

Today’s palliative care involves a palliative care team (which can include physicians, nurses, social workers, and chaplains) that helps the family determine when the patient’s care should be shifted away from cure and toward death. The team typically follows guidelines developed by a task force comprising five national palliative care organizations.4

You may recognize some of their recurring themes:

•    “Everyone should have an advance directive to protect himself from unnecessary medical treatment at the end of life.”
•    “Withholding or withdrawing food and water is a natural—and even pleasant—way to die and a perfectly ethical means of controlling the time of death.”
•    “The principle of double effect in the use of pain treatment justifies terminal (palliative) sedation.”

Palliative care doctors condoned and encouraged Terri Schiavo’s death by starvation and dehydration in 2005. Shortly before Terri died, Fine told the Los Angeles Times, “What my patients have told me over the last 25 years is that when they stop eating and drinking, there’s nothing unpleasant about it—in fact, it can be quite blissful and euphoric.”5

How palliative care was hijacked

The success of the “third path” euthanasia movement required substantial funding. In the 1980s and 1990s, a small number of foundations, led by the Robert Wood Johnson Foundation and George Soros’ Project on Death in America (funded through his Open Society organization), focused on transforming palliative care. The same right-to-die advocates that palliative care was meant to counteract took control of its training and certification standards.

And Catholic health care, which should have been a bulwark of opposition, instead spawned a coalition of organizations (www.SupportiveCareCoalition.org) that has  played a major role in transforming end-of-life care.

Take, for example, the nutrition/hydration guidelines for physicians at one Milwaukee hospital.8 They claim that “non-oral feeding/hydration is considered a medical treatment, not ‘ordinary care’” for dying patients, who are defined as not only those “entering the syndrome of imminent death” but also patients who have a “progressive, incurable chronic medical condition,” including dementia. They insist that, for all such patients, the benefits of non-oral feeding might not outweigh the burdens, and thus withdrawing non-oral feeding and hydration is neither euthanasia nor assisted suicide.

Another “third path” leader is Ira Byock, MD. After a historic meeting of leaders in end-of-life care in 1998, Byock, as president of the American Academy of Hospice and Palliative Medicine, and Karen Kaplan, as director of Choice in Dying, collaborated to form Partnership for Caring, a highly visible national collaboration intended to raise consumer demand for changes in end-of life care—to bring about mandated universal access to palliative care.9

By describing elderly patients as “biologically tenacious” and lamenting the persistent acceptance of life-sustaining “basic care,” those who want planned health care rationing unmasked themselves. Ezekiel Emanuel, PhD, formerly a key adviser to the Obama administration on health care “reform,” has written, “[S]ervices provided to individuals who are irreversibly prevented from being or becoming participating citizens are not basic and should not be guaranteed. An obvious example is not guaranteeing health services to patients with dementia.”10

Thus, it’s no surprise that the 2010 Patient Protection and Affordable Care Act (“Obamacare”) provides major support for the palliative care movement.11 The National Quality Forum, a nonprofit now working closely with Health and Human Services, has identified a need to eliminate “inappropriate/unwanted nonpalliative services at end of life” to achieve its goal of making “quality [health] care affordable.”12

Written on the human heart

The “deep seated revulsion” Callahan complained of is, in reality, the natural respect for life inscribed in each of us by our Creator. Speaking to the Pontifical Academy for Life on Feb. 13, 2010, Pope Benedict XVI underscored the importance of the natural law:13

Bioethics . . . needs a reference that can guarantee a consistent reading of ethical issues that inevitably emerge. . . In this sphere the normative reference to the natural moral law comes into its own. Indeed, the recognition of human dignity as an inalienable right is founded primarily on this law, which is not written by a human hand but is engraved in human hearts by God the Creator. . . . Without the universal principles that permit the verification of a common denominator for all humanity, the risk of drifting into relativism in the area of legislation should not be underestimated.

A report published by www.LifeSiteNews.com (Feb. 15, 2010) on this papal address pointed out, “[S]ome ethicists warn that modern bioethics is in fact a new ‘normative’ system of ethics that, based on principles of utilitarianism, can never be compatible with natural law principles. . . . Under these principles, preserving the life of the human patient is not considered paramount.”

A recent nationwide survey of hospice and palliative care doctors revealed that over half of the respondents complained that others—even other doctors and health care professionals—have often identified their practices as murder, euthanasia, and killing.14  A commentary on this survey attributes the findings to “misunderstandings” of “new developments in end-of-life care” and portrays palliative care doctors as merely providing ethical pain and symptom control near the time of death.15

However, an article on factors that should trigger referrals to a hospital’s palliative care team, shows that most triggers (especially those involving dementia) concern quality of life, rather than imminent death.16 This article likewise reveals that palliative care is not selling well outside of palliative medicine: “An early barrier to the process involved attending physicians who were reluctant to order a palliative care consultation.”

This conflict of cultures will continue. If you’re unaware of how today’s palliative medicine disrespects the natural law, you’ll be vulnerable when approached for a palliative care consultation in the hospital or nursing home. You’ll have to rely on your God-given natural law instincts to understand—and defend—the line between simple pain and symptom management, and hastened or imposed death.

6See the biography for “Diane Meier, MD” at www.NPCRC.org.

8Palliative Care and Ethics Committees, Non-Oral Hydration and Feeding in Advanced Dementia or at the End of Life: Guidelines for Physician Staff, Froedtert Hospital, Milwaukee, Wisconsin.

9Karen Orloff Kaplan, MPH, ScD, and Ira R. Byock, MD, “Partnership for Caring—The Voice for the Dying,” Choices: The Newsletter of Choice in Dying 7, no. 4 (Winter 1998).

11In the CAPC’s June 28 media release applauding the Supreme Court’s recent decision to uphold Obama care as constitutional, Meier said, “This benefit [Obamacare] is of the utmost importance to CAPC and the field of palliative care. . . [W]e welcome the opportunity to ensure that essential palliative care is brought to all our nation’s patients.”

Elizabeth D. Wickham, PhD, is cofounder and executive director of Life Tree, Inc., a pro-life Christian educational ministry. Dr. Wickham received her doctorate in economics from the University of Rochester and has taught at four state universities.