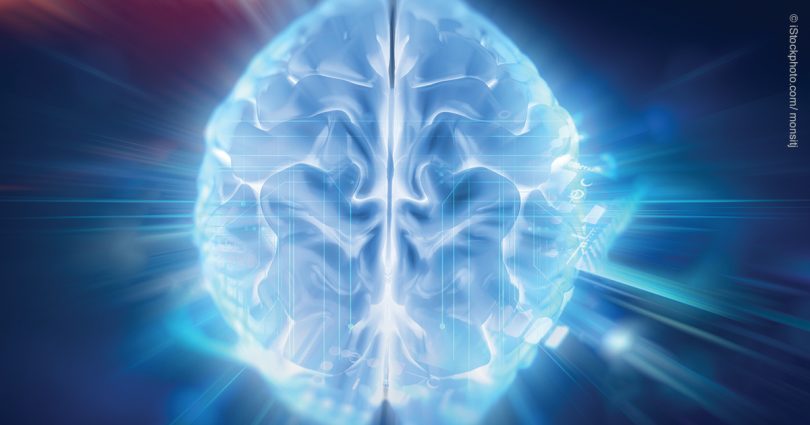 The concept of “brain death” reached its 50th anniversary in August 2018. Despite its apparent worldwide medico-legal acceptance, brain death has remained an issue of unrelenting controversy, primarily within academic circles, involving scholars of diverse disciplines including physicians, philosophers, theologians, and ethicists, among others. The general public has been left out of the heated debate, however, because the factual reality about what brain death truly is has been carefully kept hidden from them, especially since policy makers, professional organizations, and advocacy groups have misrepresented organ donation from brain-dead donors as donation after death.

This series of two articles on brain death (the second will follow in the next issue of Celebrate Life Magazine) seeks to address this problem by answering four questions:

Questions one and two are treated here in Part I of my series, while questions three and four will be covered in Part II.

Put yourself in this real-life scenario: Suppose your 20-year-old son just suffered a severe head trauma during a traffic accident. Admitted to the ICU, he is comatose and connected to a ventilator. You hope and pray for the best, but the worst comes. Less than 48 hours after the accident, the doctors tell you that your son is brain dead. When you ask when he will die, they respond that he is already dead.

You cannot grasp these words. How is it possible that your son is dead when he is warm and pink, his heart is beating, and he is making urine (which you see in the collection bag by the bedside)? You know instinctively that these are the fundamental signs of life. Pain and confusion overwhelm you. At that very moment, the healthcare team—along with the coordinator of the local organ procurement organization—comes in to ask for permission to remove your son’s organs. They seek to convince you to agree, saying that his organs will save the lives of many, and that, by donating, you can find meaning in his death. However, you are filled with doubt. Removing his organs while his heart is still beating sounds like something from a horror film. You want clear, relevant, and precise information on the real definition of brain death instead of relentless coaxing from the doctors.

According to the established medical view, patients who fulfill the criteria (i.e., diagnostic tests) for brain death are really dead. It is also claimed that they appear alive only because they are hooked up to a mechanical ventilator. In other words, the reality of death is masked by medical technology—the ventilator. Both of these claims deserve close scrutiny.

To say that someone is really or truly dead means that he is biologically dead. In the medical field, both life and its cessation—death—are recognized as biological phenomena. That death is a biological fact implies that when we say something like “our cousin died,” we mean the same thing as when we say “our pet cat or dog died.”1 This understanding about death is the common starting point for scholars on both sides of the brain death debate, including James L. Bernat, the staunchest defender of brain death, and D. Alan Shewmon, whose research has brought irrefutable empirical medical evidence that brain death is not death.

One obvious sign of real death is the rapid drop in the temperature of the dead body to the level of the ambient, or surrounding, temperature. If we place a really dead body (i.e., a cadaver) next to a living patient in the ICU and a brain-dead donor, it becomes evident that the latter—except for being deeply comatose—shares virtually all of the features of the living.2

Brain death proponents (including some prelates, such as Bishop Sanchez Sorondo of the Pontifical Academy of Sciences)3  have repeatedly claimed that such signs of life in brain-dead patients are merely because the ventilator masks the reality of death. But is such a thing possible? The answer is a resounding “no.” To claim that the ventilator masks the reality of death, making the patient appear alive, is basically claiming that the ventilator is somehow capable of producing signs of life. That is impossible since the ventilator is only capable of pumping air in and out. It has no power to control or produce the myriad of life processes in the body. If the ventilator could indeed mask death, then logically speaking, connecting the ventilator to any cold and gray corpse would mask its cold and gray appearance and make it appear warm and pink!

The reality is that the ventilator is an instrument of life support, and, as the name indicates, a life support tool only works as long as there is still some life present in the patient.

That brain death is not death has been repeatedly confirmed by the evidence of two groups of survivors of brain death. First are the few fortunate individuals who were declared brain dead and destined for the soon-to-be-performed organ removal, but who narrowly escaped the lethal ordeal (e.g., a 41-year-old brain-dead woman who unexpectedly woke up in the operating room just as her organs were about to be removed in 20094). Another remarkable case was the full recovery of a 21-year-old man declared brain dead 36 hours after his ATV accident.5 The second group includes survivors who continued to live for months or years in the severe disabling state of chronic brain death. The largest series of these cases was reported by Shewmon in 1998.6 Among them were brain-dead mothers who, with the aid of life support, were able carry their babies to term.7 It is unknown, however, how many brain-dead patients can survive long-term since, in most cases, once the declaration of brain death is made, the patient either becomes an organ donor or is removed from life support.

The role of transplantation in the birth of brain death

With the publication of the Ad Hoc Harvard Committee report in 1968, the term “brain death” officially entered into medical practice.8 Before 1968, the determination of death was based on the cessation of all vital functions (breathing, heartbeat, circulation, consciousness), which is then quickly followed by more overt signs of death (sharp drop in temperature, livor mortis, rigor mortis, and putrefaction, among others).

Defenders of brain death have persistently denied that organ transplantation had anything to do with the introduction of brain death into clinical practice. A close scrutiny of the historical events—namely the series of events leading up to the formation of the Harvard Committee and the writing of the Committee during its preparation of the Harvard report—will prove the contrary, however.

The following three important events set the stage for the formation of the Harvard Committee:

This last event was decisive in that it prompted Robert Ebert, the dean of Harvard Medical School, to form the Ad Hoc Harvard Committee on January 4, 1968, in response to an earlier request from Henry Beecher.13 The committee consisted of 13 members, 10 of whom were physicians. Of these, more than half (including Beecher himself) were pro-brain death. There was no one to represent the position of the traditional cardiopulmonary death criteria. The Committee worked swiftly behind closed doors from March through June and completed its work with the sixth and final draft submitted to the dean on June 25, 1968.14 It was quickly published on August 5, 1968. According to the report, the primary reason for introducing brain death into clinical practice was the burden which the deeply comatose patients pose to themselves, their families, the hospitals, and on those in need of ICU hospital beds.15

A close examination of the wordings of the Harvard report’s draft manuscripts sheds light on some valuable information. For instance, the conclusion of the first draft from April 11, 1968, stated: “The question before this committee cannot be simply to define brain death. This would not advance the cause of organ transplantation since it would not cope with the essential issue of when the surgical team is authorized—legally, morally, and medically—in removing a vital organ.”16

In a much later draft from June 3, 1968, the report states: “With increased experience and knowledge and development in the field of transplantation, there is great need for the tissues and organs of the hopelessly comatose in order to restore to health those who are still salvageable.”17

The language in the manuscript drafts provides the clearest evidence of the real reason why it was necessary for the Harvard Committee to introduce brain death into medical practice. It is none other than the utilitarian needs of the transplantation enterprise. Even the dean recognized that Beecher and the Committee “wish to redefine death in order to make viable organs more readily available.”18  The dean had to intervene to change the wording in the last draft (which became the Harvard report). As a result, organ transplantation—the true reason for the Committee’s engineering of brain death—was made to appear as something insignificant and unrelated to brain death.

Learn more about brain death and what the Church teaches in Part II of this series in the next issue of Celebrate Life Magazine.

3. Bishop Sanchez Sorondo affirmed that the body of a brain-dead individual is not “a body but a corpse, even when it may seem alive because a ventilator masks its death.” See “Questions for Neurologists and Others about Brain Death as the Criterion for Death” in The Signs of Death: The Proceedings of the Working Group 11-12 September 2006, ed. Marcelo Sánchez Sorondo (Vatican City: Pontifical Academy of Sciences, 2007), XLVII.

8. Ad Hoc Committee of the Harvard Medical School, “A Definition of Irreversible Coma,” Journal of the American Medical Association, 205, no. 6 (1968).

10. Ad Hoc Committee of the Harvard Medical School, “A Definition of Irreversible Coma,” 337.

13. On October 30, 1967, Beecher wrote to Robert Ebert, the dean of Harvard Medical School: “Both Dr. Murray and I think the time has come for a further consideration of the definition of death. Every major hospital has patients stacked up waiting for suitable donors.” Note that the dean did not reply to Beecher immediately; the response only came after the news of Barnard’s acclaimed heart transplant. Beecher’s letter to Dean Ebert is part of the “Beecher manuscripts” preserved at the Francis Countway Library of Medicine at Harvard. Currently the records are closed to the public; they are made available only to some selected people (e.g., Giacomini, Rothman, and Pernick). Beecher’s letter is quoted in David J. Rothman’s Strangers at the Bedside: A History of How Law and Bioethics Transformed Medical Decision Making (New York: Aldine de Gruyter, 2003), 160-161.

15. Ad Hoc Committee of the Harvard Medical School, “A Definition of Irreversible Coma,” 337.

Doyen Nguyen, OP, MD, STD, is both an academic hematopathologist and a moral theologian. A graduate of Temple University Medical School and a scholar of the Leopold Schepp Foundation (New York), she is a lay Dominican and currently teaches at the Pontifical University of St. Thomas Aquinas in Rome (Italy) where she obtained her doctorate in sacred theology, specializing in moral theology, with a focus on end-of-life ethics.