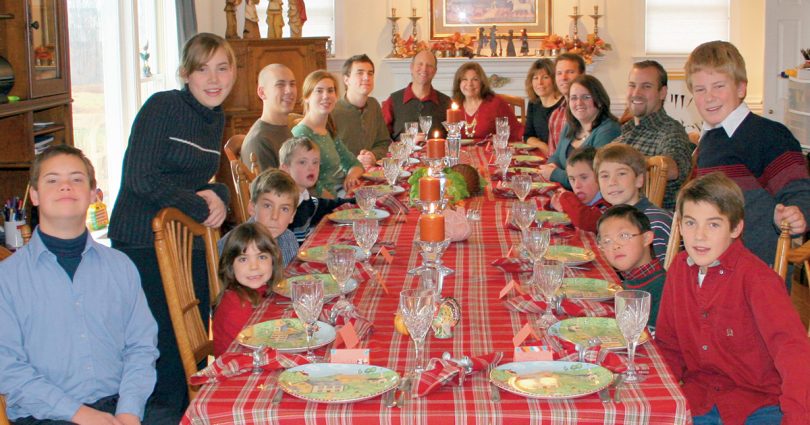 I know what it’s like to be abandoned. My dad said his final goodbye when I was five. While I didn’t know the word for fear—fear gripped me: What would it be like without a father?

It was worse than I could have imagined. Shuffled between foster homes and an alcoholic mother, my innocence was taken early and my heart hardened.

In 1969 I married and had a baby, Samantha Sunshine. As a cynical young adult I found my home in the counterculture, beginning in Washington, D.C., as an antiwar activist and radical feminist spokeswoman for abortion. In 1972 we moved to San Francisco, where I had another baby, Jasmine Moondance, became addicted to cocaine, abandoned my marriage and became a party girl, dealing drugs while partying and living with homosexual men.

My mind began to clear in 1980 when I joined Alcoholics Anonymous. There I learned that by surrendering to a Higher Power, I could live my life clean and sober, becoming the mother that my little girls needed. I sought to know more about this Higher Power, but as a child of the counterculture I turned toward Eastern religions and New Age thought.

In 1983 I married a man of similar persuasion. Despite using birth control, we began having children in rapid succession. Tripp and I came to the conclusion that our calling was to have a large family. We made a promise to God, as we then understood Him—a kind of universal, impersonal force—that we would accept all the children sent to us, trusting they would be provided for.

Then we were thinking of material provision, but God honored our commitment by providing for our family in a way we would not have known to ask—God the Father brought us into a relationship with Him through His Son, Jesus Christ. So God’s greatest provision for the family was putting our souls, marriage and home in order.

That was 1987 and by then we had five children; Samantha and Jasmine plus three boys whose names—Joshua Gabriel, Matthew Raphael and Benjamin Michael—were like signposts of God’s guidance.

More children followed: Zachary Andrew, Sophia Rose and then Jonathan, our son with Down syndrome, was born in 1992. Hearing the news at his birth, my first thought was “God must love me very much!” In a world where prospective parents are conditioned to fear the birth of a baby with Down syndrome, this may sound strange. But somehow I knew it would be just the beginning of an amazing journey.

Madeleine was born a year after Jonny and because of his delays, they grew up like twins at first, even learning to walk together. But knowing that she would pass him by, and because we had learned so much about meeting Jonny’s special needs, we decided to adopt another baby with Down syndrome.

We contacted Catholic Charities in San Francisco. I learned that there are fewer unwanted babies with Down syndrome than parents seeking to adopt them. Therefore I wanted to be first in line.

And so on May 29, 1995—three days after my 47th birthday—I learned of a baby without a name in a San Diego hospital, less than 24 hours old. Though I knew immediately he was our baby, it took a lot of work and several months to bring him home.

This baby was the second child of a college-educated, professional couple with a two-year-old daughter hoping to complete their family with a son. But the parents’ peace was shattered by the news that their perfect plan had a glitch.

Although the baby’s mother was one of 12 children from a deeply religious Mexican family, the father was Iranian and his cultural heritage had not prepared him for a disabled son. The maternal grandmother offered to raise the baby, but the father refused. Within hours, the parents relinquished the baby to the state of California and left the hospital.

But I didn’t rest until I brought my baby home. I pestered the San Diego social worker mercilessly, while exchanging what I could with the temporary foster mother. She sent video of the baby for tapes of me crooning lullabies. I also sent her a handkerchief I’d worn to tuck in his bed.

At last, on July 25, Tripp and I brought home our precious bundle. We named him Jesse, which means “God exists.” The following Sunday our local paper ran a front page article splashed not only with pictures of our family, but the complete story of the spiritual journey which led to our tenth child. Thus God used this little abandoned boy to broadcast His message.

And God wasn’t finished. When Jesse was six months old, Catholic Charities referred a couple to us who had just received a prenatal diagnosis of Down syndrome. Once again, a college-educated, professional couple with a two-year-old had hit a bump in the plans for their second and final child. The mother wanted an abortion.

The father, a non-practicing Catholic, could not agree. Catholic Charities thought that by talking to us, the couple might be reassured about having this baby. We had them over for dinner, sure that meeting our children would change the mother’s mind so she would have and keep their child.

Instead the parents decided that they wanted us to adopt their baby. We agreed, with the stipulation that we would be ready to let the baby go if they decided to keep him. This mom and I went through the last four months of her pregnancy together, going to all the doctor appointments and ultrasounds and talking several times a week on the phone.

On Mother’s Day 1996, we were on our way to church when we got the call that they were at the hospital. We arrived a half hour after the baby was born. The two sets of parents spent the day in the hospital holding him and crying together—each for different reasons. But the birth mother never wavered in her decision and the biological parents checked out of the hospital. I spent the night, then Tripp and I brought Daniel home the next morning.

Saying the next few years were intense in raising three young boys with Down syndrome, hardly conveys the daily reality. But they were happy years as well. And it did my mother’s heart good to see the beneficial effect on our other children of helping Jonny, Jesse and Daniel.

Still, when Catholic Charities called in 2000 to ask if we would consider adopting another baby with Down syndrome, I said, “I’m 52; I’m wearing down. I’m sorry. I have to say no.” As I hung up the phone, my 12-year-old Sophia confronted me, “Mom, I can’t believe that you would say no!” She was right. Who was I to close a door God might be trying to open?

And so we welcomed a boy born nine months earlier to a Taiwanese couple during their time here on a student visa. Though they loved him dearly, they knew that if they took him home, there would be only stigma and shame in a land where children with Down syndrome are still sent away to institutions. Their involvement with the early intervention programs showed them there was hope for Justin if he remained here. Catholic Charities had introduced them to many families, but none really clicked until they met us, where the older children’s love for their younger brothers convinced them that ours was the right home.

How glad I am that Sophia overheard and rebuked me for my refusal. Justin has been the perfect exclamation point to our adoption journey.

“But what about the fourth adoption?”you may be wondering.

Ah, but that was in the beginning, eight years before Jesse, when this fatherless child was adopted into the kingdom of God. When I was 38, in many ways I was still like the babies I had adopted and desperately in need of a home. Even as I knew before I laid eyes on my three adopted sons that they were mine, God always knew I was His. As it says of the heavenly Father in Ephesians 1:5, “He predestined us to adoption as sons through Jesus Christ to Himself, according to the kind intention of His will.”

Giving birth to children is a great privilege, but adoption is a special reflection of the divine.