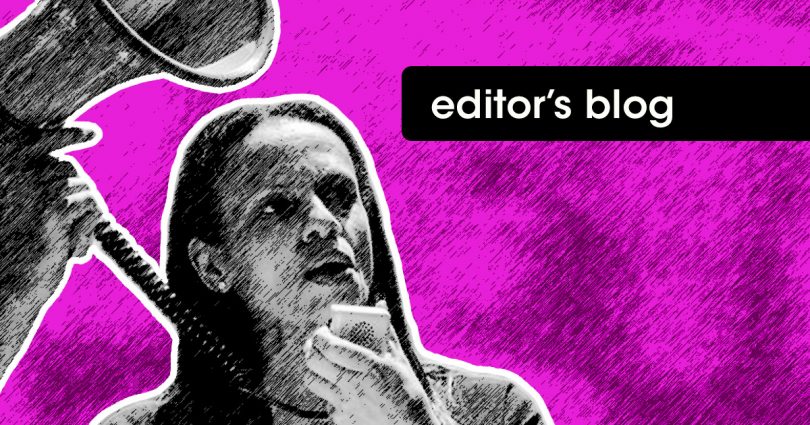 This week, Planned Parenthood president Alexis McGill Johnson spoke to CNN about the “war” in Texas over the abortion law. She stated in part, “We are seeking abortion justice. We are—will be continuing to fight. The war is not over.”

These words should anger any person who strives to stop the violence of abortion and who works hard every day to help others see the humanity of the preborn baby.

Let’s be candid: “Abortion justice” is a nonsensical and harmful phrase. But don’t take my word for it. Let’s look at the definitions of these words.

Abortion is the taking of a human being’s life before he is born. It always results in a dead baby—and the means to do so is often violent.

Justice is defined as “the process or result of using laws to fairly judge and punish crimes and criminals.”

In an abortion, a baby dies. When justice is meted out, whoever it’s meted out to is punished for something he has done.

What has the baby done? Absolutely nothing. He has done no wrong, performed no act of malice, has hurt no one. He simply exists.

But pro-aborts purposely use language to incite. They use terms like “war” to evoke emotion to make women angry. They want women to believe they’re being oppressed or that some kind of injustice is being done to them because they cannot kill their babies.

Make no mistake. McGill Johnson knows exactly what she’s doing when she targets women using this language. Her words are carefully thought out to spin women into a frenzy to the point where they cannot think for themselves. And when women—and men—stop thinking for themselves, that’s when organizations like Planned Parenthood swoop in and say essentially, “Let us think for you.”

They then push their ideology until people hear it so frequently and so loudly that they come to believe it. Remember, if you tell a lie often enough, people will believe you.

Abortion justice is a lie. There is no justice for the preborn baby when he is killed before he even has a chance to be born.

Nor is there justice for the mother, the father, the siblings, the grandparents, or the society who loses this valuable human being to violence.

So when we hear lies like “abortion justice,” let us speak the truth. Let us not turn a blind eye to news stories like this or roll our eyes and scroll to the next news page. Let us take action.

We must teach not only the humanity of the preborn baby but love for both mom and baby.

When we teach the truth and help people see the reality of abortion, we also teach them to think for themselves. We teach them to trust the science of the developing baby. And we loosen the grasp of organizations like Planned Parenthood who seek only to line their coffers with the blood money of dead babies.