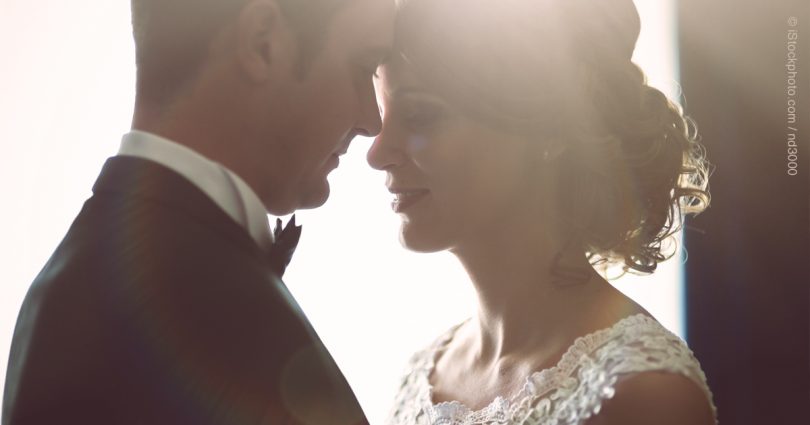 A 50-year-old encyclical that’s more relevant than ever

The questionnaire distributed by the Pontifical Council on the Family for the Synod on the Family prior to the Synod’s convening in 2014 asked whether Catholics are living by the Church’s teaching on sexuality. I remember filling out the questionnaire, answering time and again: “No, they are not, but they have never been taught these teachings,”—or many others for that matter. Since Humanae Vitae was issued in 1968, it can be argued that no other teaching has presented Catholics with a bigger obstacle to wholeheartedly embracing the faith of the Church.

How sad it is that few people have ever encountered a robust defense of the Church’s teaching. A brief but nonetheless forceful explanation can be found in Humanae Vitae itself.

The Church’s teaching on sexuality seems puzzling to many people whose understanding has been clouded by the corruption of a culture that practices and glorifies sex without commitment or even deep feeling, a culture in which the most lucrative internet business is pornography.

The Church understands sexuality to be an inestimable gift from God, one that allows a man and a woman in a very personal, profound, spiritual and physical way, to express their deep desire to unite with another and to live out the essential human need to love and be loved.

God Himself is a lover, and in fact, is Love itself. It is natural for love to overflow. Indeed, the whole universe is the result of an explosion of love. Spouses are meant to image the love of God; they are meant to be committed, unconditional lovers whose love overflows into new life. Although new life is not always possible because of infertility, the spousal relationship is the kind of relationship that is designed to foster love and life. God created the whole universe as a support system for human beings, beings He has destined for eternal unity with Him. He chose to involve spouses in His creative, loving, fruitful enterprise. Saint John Paul II spoke of spouses as being “co-creators” with God; they assist God in bringing forth new human souls.

The marital act speaks a “language.” It speaks the language of complete self-giving. It says to another: “I find you overwhelmingly attractive; I have chosen you apart from all others; I commit my whole life to you; I want to enjoy a powerfully pleasurable and bonding experience with you, and I am willing to be a parent with you.” Contraceptive sex cannot speak the language of love; it does not convey the lifetime bonding messages that “I am willing to bring about another you; I am willing to spend the whole of my life with you.” Even those who don’t want a bond with each other realize that having a child with another creates a great bond. Everyone knows the difference between saying to another with one’s sexual acts, “I am willing to be a parent with you,” and the message spoken by contracepted sexual intercourse: “I want to experience a great pleasure with you (but not children, no!).” The first is affirming in an unparalleled way; the second is all too often exploitative. Again, this is a vision of marriage and sexuality that nearly seems to have been forgotten by the modern age.

Contraception is not in accord with human nature

Acts that are not in accord with human nature, with God’s plans, predictably have bad consequences. One method of helping people be open to the Church’s teaching is to inform them of the bad consequences that contraception has for individuals, for the culture, and even for the environment.

The case is quite easily made that contraception has greatly contributed to the increased incidence of abortion and single parenthood. After all, contraception tremendously facilitates sex between partners who have no intention of having a baby. Since all contraceptives have a fairly high failure rate, unwanted pregnancies are sadly frequent occurrences. At present, about one in four babies conceived in the United States is aborted, and 42 percent of babies are born to a single mother. Moreover, many forms of contraception occasionally work as abortifacients, by preventing the implantation of the newly conceived human being in his or her mother’s uterus. Contraception also facilitates cohabitation, which has proved to be a bad preparation for marriage. Approximately half of all marriages contracted today are likely to end in divorce.

Who can calculate the harm done to individuals who are in and out of sexual relationships and in and out of marriage? Who can calculate the harm done to babies born out of wedlock, to children affected by divorce? More than 80 percent of children who experience long-term poverty come from broken or unmarried families. More and more women are becoming painfully aware of the negative health consequences of the chemical contraceptives (see, for instance, Holly Grigg-Spall’s Sweetening the Pill). The health risks of the chemical contraceptives have been known for a long time and include weight gain, migraines, depression, and even death from blood clots. Estrogen-progestogen oral contraceptives are Group 1 carcinogens, a category shared by cigarettes and asbestos.

Moreover, contraceptives negatively affect the natural “chemistry” between males and females. Males and females exchange hormones called “pheromones” and these are the cause of the chemical attraction between them. These hormones are received through the olfactory nerves. Many women testify that one of the things that most attract them to a man is the way that he “smells.” Some studies show that males and females who are more biologically compatible—that is, those who are more likely to be able to reproduce with each other—are more attracted to each other.

And men respond to women differently. Men produce more testosterone when they are around women who are having fertile cycles. One study showed that males who were in the presence of female fertile hormones found the pictures of ordinary women more attractive than pictures of super models. How strange that women are deliberately repressing their most natural means of attracting male attention!

So, we see that women are not choosing their mates under the influence of their own more reliable fertile hormones, but on alien synthetic hormones. When they come off the chemical contraceptives, they may find that they have a higher sex drive, but that they may not be much interested in the man they are with!

Contraceptives obviously have a negative effect on the delicate ecological system of a woman’s fertility. The estrogens in contraceptives also have a lethal effect on some elements of the larger environment; they have been shown to destroy the fertility of some groups of fish, for instance.

Natural Family Planning and its benefits

Spouses who truly appreciate the gift of fertility understand that, when they have good reasons for wanting to avoid a pregnancy, they should abstain from sex when a pregnancy is possible; that is, they use a method of natural family planning (NFP). Many studies and testimonies affirm the benefits of using NFP, even the benefits of what is difficult about abstaining. Wives feel more treasured and revered by their husbands, who would not subject them to the dangers of contraceptives. Males appreciate the esteem earned from their wives and benefit from greater self-esteem.

Couples invariably speak of an improvement in communication that comes with the use of NFP, and better communication always strengthens marriages. The biggest selling point for NFP is that NFP couples almost never divorce. Young people hate divorce; they desperately want their marriages to last. Refraining from sexual intercourse before marriage and using NFP within marriage are two of the best ways to “divorce-proof” a marriage.

Some have argued that since 98 percent of Catholics who have been sexually active have used contraception (according to statistics in the US), the sense of the faithful (sensus fidelium) is that the use of contraception is not incompatible with the Christian faith. That seems to be the position of the bishops of Germany. But if Catholics have never been taught the Church’s teaching, isn’t it more likely that they have been formed more by the culture that surrounds them than by their Church? One of the first to articulate the principle that the receptivity of the faithful to a teaching—those who practice the faith—is an indicator of the truth of a teaching was John Henry Newman. Yet, he promoted the practice of consulting the sensus fidelium in respect to an undecided doctrine, not one the Church has constantly taught.

Cardinal Caffarra of Bologna forcefully said that Catholics deserve to be exposed to a robust defense of the Church’s teaching on sexuality. It would certainly help stem the tide of human misery caused by sexual confusion if the Vatican would urge bishops, pastors, theologians, and laypeople to embrace Humanae Vitae.

This article is an adaptation of “The Synod and Artificial Contraception: Time to Teach Humane Vitae” published in the May–June 2014 issue of Faith Magazine. Adapted with permission.