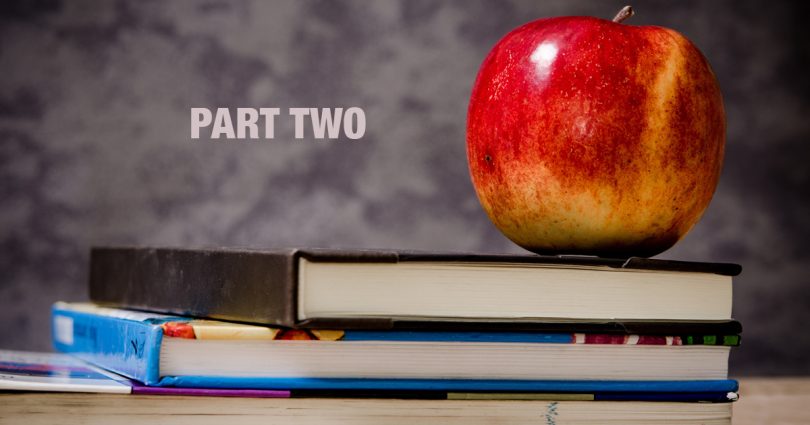 In the first part of this article (see Celebrate Life, November-December 2008), I traced the history of sex education in American schools and described its harmful impact on the individual child’s cognitive and emotional development. According to Dr. Melvin Anchell, author of A Psychoanalytic Look at Today’s Sex Education, “A partial summary of adverse effects due to the sex educators’ interferences during latency is that they 1) make the six- to 12-year-old student less educable; 2) can block the development of compassion; 3) weaken the mental barriers controlling base sexual instincts, thereby making the child vulnerable to perversions in later life.”

Bearing in mind that school sex education was introduced into schools in the 1960s and has been implemented on a large scale since the 1970s, this begs the question of how it has affected American society as a whole.

According to data collected by the College Entrance Exam Board, SAT scores plummeted from about 980 in 1964 (the year that Dr. Mary Calderone, founder of the Sex Information and Education Council of the U.S., started pushing schools to teach sex education) to 890 in 1980—a drop of 90 points. It rebounded by only a few points through 1994. Interestingly, in 1995, the SAT’s content and scoring methodology was altered significantly. According to the Wall Street Journal, “The SAT was made less difficult and ‘re-centered’ so as to raise scores by about 100 points.”

The encouragement of vice

The problem with public sex education programs is that they are unnatural and unnecessary. Worse yet, that their aim is not merely to inform, but to indoctrinate children with a particular philosophy of human sexuality that ascribes to loose sexual morals, broad use of birth control and recourse to abortion. Simply put, sex education is the introduction of sexual curiosity to children and the encouragement of the same. Couched in terms such as “hygiene” and “health,” sex education courses trivialize the genitals, mechanize intercourse, and focus on how not to get pregnant and what to do if pregnancy results.

Barring the moral ramifications of such instructional courses for a moment, the negative social effects are staggering! Drastically increased rates of teenage pregnancy, use of birth control, abortion, divorce, infidelity and sexually transmitted diseases are but a few of the social problems that have arisen as a result. According to data obtained from the U.S. Department of Health and Human Services, pregnancies (live births plus reported abortions) among unwed girls aged 15-19 skyrocketed from 100,000 in 1963 to nearly 750,000 by 1991.

The problem is clear: Comprehensive sex education breaks down the mental barriers of developing children, thereby undermining their academic development and damaging their natural sexual restraint, and the statistical data proves it. Sex education proponents have seen the same data, but they assert that the problem is that sex education is not comprehensive enough or there simply is not enough funding to make it widely available.

The fact of the matter, however, is that current sex education programs cannot possibly be more comprehensive than they already are, and they are already readily available in almost every state in the country. Increased funding and expanded sex education programs only line the pockets of those hoping to generate future customers for manufacturers of pornography as well as birth control and abortion providers.

There simply is no substitute for the guidance and trust a parent provides in such delicate matters. Only a parent can determine the maturity and readiness of their children for information on human sexuality. Each child is unique and will ask certain questions at different ages, such as “Where do babies come from?” or “How did a baby get in mommy’s tummy?” More often than not, parents will find that the simplest answer suffices.

As a former teacher of grades 7-12, I observed, firsthand, the psychological damage that sex education causes in children. To put it briefly, I saw children become obsessed with sex and saw their grades drop as soon as they became interested in sex. And I saw children of an easy-going nature become wildly emotional as a result of this obsession.

The facts speak for themselves: Sex education is designed to create generations of kids who are mentally and emotionally fixated on sex, and is promoted by individuals and entities aiming to create a need for their “services.” The result is a morally decrepit society with a predilection for violence. It is therefore essential to protect future generations from such brainwashing by establishing sex education-free schools. While a sex education-free school will not be the final solution to the problem, it must be the starting point for ridding our society of the sex education plague.

Michael Hichborn is a former researcher for American Life League and former teacher. He received an M.A. in Education in 2004.