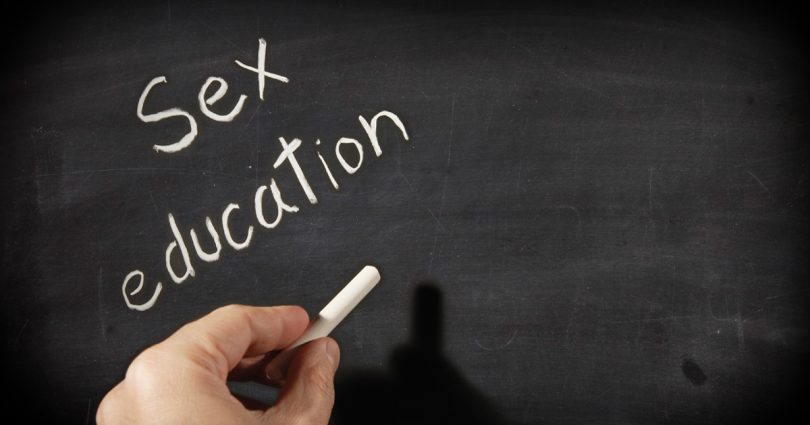 The summer is over, and children are returning to school. A new year unfolds with lots of learning and adventure for children in their formative years. But wait— maybe parents need to learn something also. There is a danger lurking in the schools that parents must become aware of in order to protect their children.

The danger is real. It stems from a number of organizations who see children as a means to implement an agenda and to finance a movement, which, tragically, they have successfully done for several generations—so much so that today’s parents may not see the danger because they themselves experienced the same abuse.

The evidence is everywhere

The results of years of attacks on our children in the schools are all around us. America has become—largely due to certain unfettered programs in our schools—a nation hooked on sex. You can see it everywhere. Just turn on nightly prime-time television and note the commercials. As you sit in your living room, you are bombarded with calls to vaccinate your nine-year-old girls against a sexually transmitted disease, ads for the latest birth control methods (with hip-sounding names and packaging), ads for “personal lubricating products” and pills to enable everyone to engage in prolific sexual activity.

While some of these products may help to alleviate medical conditions, their blatant mass advertising says volumes about our society. And it all began with sex education programs. These programs have been around for years, and unless you are very careful, they will ensnare your young children this year in what you think is a safe place: your local school.

Before we delve into how to protect your children, you need to know something critical about sex education programs. They are not intended to reduce teen pregnancy or sexually transmitted diseases or abortions. Their intent, in fact, is just the opposite.

There is a well-planned war going on in the U.S., and your children are the intended victims. That may sound like a strong statement, but if you don’t realize the truth of it, you will not understand the real force behind your school’s sex education and other offensive programs.

This war has been going on for years. It involves groups such as Planned Parenthood Federation of America; the Sex Information and Education Council of the United States, which is not a government agency; the American Association of Sex Educators, Counselors and Therapists; the Alan Guttmacher Institute; and the Center for Population Options (now called Advocates for Youth), among others. The common denominator among all of these organizations is Planned Parenthood. It is the single most influential group in the field of sex education and social engineering in the schools.

Back in the 1970s, Dr. Alan Guttmacher, then president of Planned Parenthood Federation of America, made two statements that clearly show the intent of all sex education programs.

First, after Congress established the Title X program in 1970, Guttmacher told supporters that in order to achieve “the perfect contracepting society,” Planned Parenthood, in addition to offering contraception products, would have to establish “contraceptive education for all youth so that at the appropriate time in their lives contraception will be accepted as naturally as breathing.”

Then, after the Supreme Court’s Roe v. Wade decision in 1973, Guttmacher told the Washington Star newspaper, “Then how can the Supreme Court decision be absolutely secured? The answer to winning the battle for elective abortion once and for all is sex education.”

There you have it. Sex education is all about selling birth control products to children and indoctrinating them into a mindset that finds not only sex, but abortion acceptable as well.

To illustrate this point, over 10 years ago, I appeared on a cable news program in New York City to debate the issue of sex education. My opponent was Donna Lieberman, who then headed the New York Civil Liberties Union’s reproductive rights effort. During the debate, Donna admitted, “Every scientific study of sex education programs that has ever been done shows that the only effect of sex education is increased use of contraceptives among teenagers.”

Again, what she said is accurate. These sex education programs are marketing programs designed to sell sex to teenagers. And these programs are showing up in more and more schools across the nation.

How to protect your children

Based on our experience in dozens of fights against Planned Parenthood’s sex education pro grams over the years, we suggest the following course of action:

First, find out exactly what is going on in your school. If you do not know where to start looking, a good place is the health curriculum for the fifth, seventh and 11th grades. These grades seem to be entry levels for sex education programs. See how abortion, homosexuality and deviant sexual practices are treated in these courses. It will tell you a great deal about your school’s sex education. Also, check the teachers’ reference section of the school library. These are books that teachers use to prepare lessons, and most of the hard-core texts can be found here. The key to finding out what is going on in your school is persistence. Do not let anyone put you off. If you need material, call daily until you get it and visit the school office daily, if that is what it takes.

If you become aware of problems, document your objections to the school’s program. Put your recommended action in writing—that way there can be no controversy over exactly what you are seeking. Ask for what you really want. Don’t be shy or humble. If you want sex education and Planned Parenthood thrown out of your schools, say so!

If the school board will not listen to you, appeal directly to the community. Use the letters-to-the-editor column in your local newspapers to ask pertinent questions and publicize exactly what is going on in the schools. Most people have a built-in trust of the schools, so you must present honest, accurate information to help them overcome this inclination and face the facts.

Respond to your adversaries’ arguments on issues that affect the community. Get the students involved when appropriate, and expand the fight to objecting to Planned Parenthood in general, not just a specific program.

Circulating a petition against the school’s programs is a good idea. It not only gives you something tangible to show school officials, but it will also provide you with a mailing list for your organization.

We cannot tell you how long it will take to rid your schools of Planned Parenthood. The fight may last a month or several years. However long it takes, you will be fighting for God and spreading His word. Remember this when you get discouraged.

After reading all of this, the work entailed in getting sex education out of your schools may seem overwhelming. At this point, it is good to understand that classroom sex education is a bad thing.

There is a great deal of debate on the supposed value of sex education, but all of it can be reduced to one basic truth. Sex education is a very personal and intimate subject. Each child will respond to the subject according to his or her own level of mental maturity. One child may be ready for a lot of information at the age of nine or 10, while another child, even in the same family, may not be ready for the same information until age 12 or 13. It is impossible to design a classroom-based sex education program that is right for each child in the class. Sex education must be taught one on one.

It is time to remove sex education from our schools. You now have an outline of how to make this positive change. For a more detailed discussion, we invite you to obtain a copy of our book Parent Power!! Your children are in danger; they need you to protect them. Will you do it?