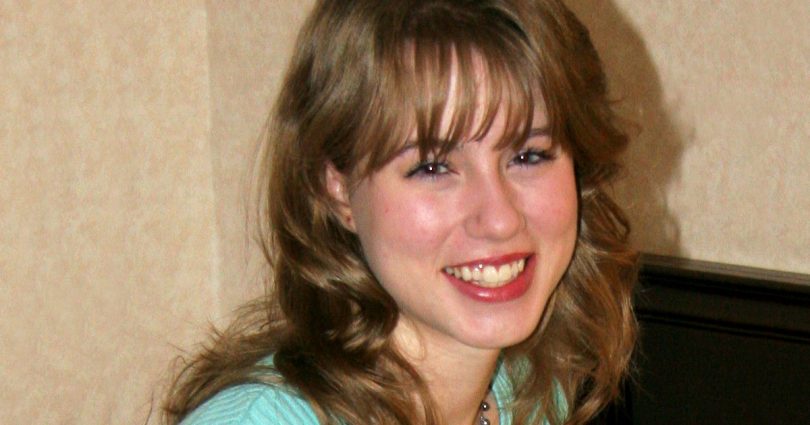 At a tender young age, Kristi Burton knew that she was called by God to be a part of something bigger than herself. Growing up in a pro-life family, Kristi’s mother, Debra, took the time to teach her daughter about the pain and destruction of abortion. At just 13, Kristi realized that preborn babies needed her help. She said, “My mom really inspired me to get involved in pro-life work, to save people that don’t have a voice.”

Now as a young adult of 20, Kristi has answered the call with action. From Peyton, Colorado, she has spearheaded a pro-life campaign that is sweeping across the Centennial State. Kristi is the founder of Colorado for Equal Rights, an organization of four employees and countless volunteers working to protect all human persons with the guarantee of equal rights by law. Under the umbrella of CER, Kristi and her father, Mike, have cosponsored the Colorado Human Life Amendment/Proposed Initiative 36 and are working tirelessly to have it included on the November 2008 ballot.

“It just made sense to propose this state constitutional amendment because it lays the foundation for protecting all human life,” said Kristi. “The language is concise and simply defines a person in Colorado as a human being from the moment of fertilization, the moment when life begins.”

By May 13, Colorado for Equal Rights has to collect just over 75,000 signatures to ensure a spot for the proposed amendment on the November ballot. Kristi wants to obtain between 100,000 and 150,000 signatures and CER is circulating the petitions mostly through churches across the state. “We have seen that many Coloradans are excited about this approach because it focuses on the scientific fact that life begins at fertilization,” she said. “By introducing a constitutional initiative that grants personhood from the moment of fertilization, any state or local law that safeguards human life would be applied to the unborn. This really is a total protection measure.”

Kristi said that while Colorado for Equal Rights was specifically established to focus on the current ballot initiative, those involved want to keep the organization moving after the 2008 election. “I choose to fight this battle because I believe that every human being is a person and that every person deserves equal rights under our laws,” she declared. “Just because a person can’t be seen or doesn’t have a voice doesn’t mean he doesn’t deserve to live.”

Home schooled by her parents, Kristi became a high school graduate at age 15. Now she’s a third year law student with an unquenchable zeal for truth and she conveys her beliefs simply but firmly. Kristi believes that the pro-life cause—and the Colorado Human Life Amendment in particular—should appeal to people from all backgrounds.

“When you stop and think about it, the facts are the facts. Life begins at the beginning—fertilization—and we need to protect those lives that are in danger of being lost,” said Kristi. “It shouldn’t matter if you vote Republican or Democrat, if you are a Christian or an atheist; we all have a responsibility to protect innocent life.”

While there are many pro-lifers whom Kristi admires, she was deeply moved by the work of Corrie ten Boom, a Christian who helped Jews escape from the Nazis during World War II. Boom repeatedly risked her life to help those who were suffering. She focused on forgiveness and was known for her graciousness toward all people, regardless of their background. Thus, Kristi believes that today’s pro-life work mirrors that which Boom did—working to save the most vulnerable people.

“I have seen firsthand how abortion not only ends a human life, but also hurts women,” said Kristi. “I have friends and family members who have had abortions and now regret it. They feel they were lied to and made to believe that their babies weren’t really babies, but just blobs of tissue. Their experiences have given me a stronger resolve to work for an end to abortion.”

And Kristi does just that. She spends her days educating people about the ballot initiative, helping to raise funds, fielding media interviews and much more. She doesn’t take credit for spurring the campaign along, but humbly lauds the efforts of everyone involved. “I have been so excited over the past few months to see the incredible grassroots response we’ve received from volunteers all over the state,” said Kristi. “People who do the ‘little things’ in a fight like this, along with God’s grace, are the ones who are going to make it happen.”

“Overall we have been pleased with how the campaign is going,” said Kristi. “It seems that more people are contacting us every day wanting to get involved. The momentum is catching on.”

While she recognizes that the secular media tend to put their own spin on all things pro-life, Kristi said she has been pleasantly surprised by the substantial amount of fair coverage. “Minus some misguided media outlets trying to frame the initiative as attempting to give ‘eggs’ human rights, most of the news reports have been positive,” she said. “We have received coverage both statewide and nationally, which has been of great assistance to our efforts. The word is getting out and that is what’s important.”

After the May 13 signature deadline is met, Colorado for Equal Rights plans to launch an aggressive advertising campaign, including TV and radio ads. “Much of what we can do advertising-wise depends on our fundraising,” Kristi explained. “We have a few people who are working very hard to raise dollars to fund the efforts and we are extremely grateful for all of the support we have received thus far.”

How you can help

While Kristi and her crew are optimistic that Coloradans will respond to this call to protect life, they need help. “If people would like to participate in the grassroots activism, I encourage them to visit our web site, ColoradoForEqualRights.com, and we will certainly get them plugged in,” said Kristi. “For those who can contribute financially, the support is needed and the web site will also explain how to do so. But prayer is the most important thing that will pull this initiative through.”

Colorado Catholics can make a huge difference in this lifesaving campaign. Through the Colorado Catholic Conference, the three bishops in that state sent a December 19, 2007 letter to parish pastors recognizing the Colorado Human Life Amendment and permitting the collection of petition signatures at Catholic churches if the pastors decide to allow it.

Kristi’s story should give courage and hope to us all. She heeded God’s call and put her faith into action. Now this young woman is leading the charge to bring about a new era of protection for all in Colorado and set a national precedent.