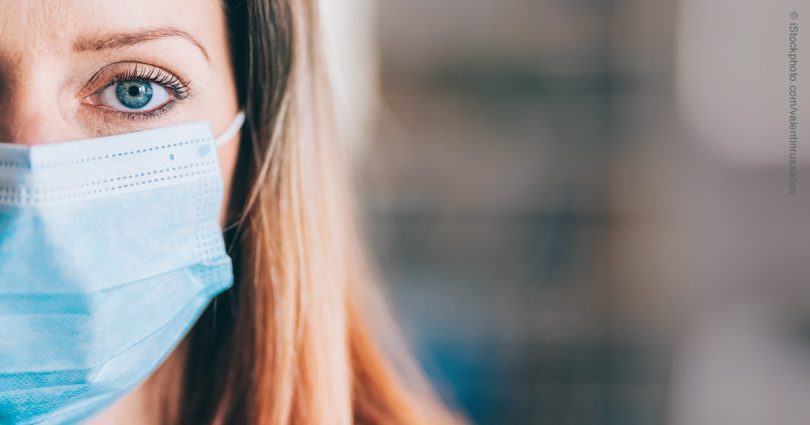 The current coronavirus, like the plagues of old, has taught many the value of family, the fleeting importance of earthly goods, and the eternal blessings of human beings who sacrifice for one another and go out of their way to be of service. While the first people who come to mind are the traditional first responders—many of whom have themselves suffered or died from this virus—we want to talk here about a different kind of first responder.

The pandemic will eventually subside, but will abortion? Who will be there to stand in the gap when our babies, our elderly, and our brothers and sisters with special needs require emergency intervention? It will be, as it always has been, pro-life people. So let us focus on those special qualities that make pro-life people such valuable first responders.

When it comes to our children in grade school, high school, and beyond, those who provide a truly ethically based education are on the front lines of teaching truth. These teachers, such as those involved with the Culture of Life Studies Program, are first responders. They are men and women who have embraced the vital role of educator in a way that helps others—parents, teachers, and even the ordained—learn how they can more effectively instill the philosophy of the culture of life into the minds and hearts of our young people.

These are people steeped in devotion to the idea that if a child is taught the ways of truth, hope, and love, that child will become a responsible citizen who will work to protect and preserve human beings and their right to life rather than discard them. We desperately need first responders in education. 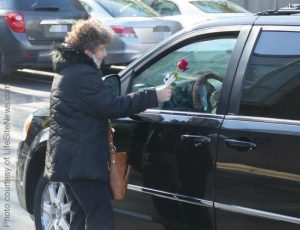 Red Rose Rescuers reach out to abortion-minded mothers at an abortion mill in Grand Rapids, Michigan, May 2020.

Some heroic men and women literally place themselves on the front lines, and that makes them very special. These heroes include those involved with Red Rose Rescue, Operation Rescue, and others who stand at the killing places and who intercede with expectant mothers, begging them to choose life, while others pray and silently ask God for His mercy upon the abortion chamber workers, the patients, and even on those who man the sidewalks and who sometimes break through the barricades, often risking arrest. 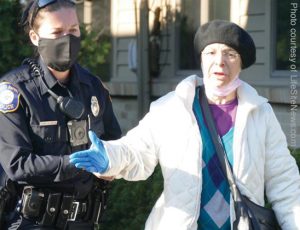 These people are incredibly necessary to the common good. Unlike politicians, rescuers and pro-life protestors do not offer empty words and phrases for media consumption but prefer to be present for those who have no voice. As Monica Miller, Red Rose Rescue leader, says so eloquently, “The Red Rose Rescues do not involve the blockading of clinic entrances or abortion procedure rooms. When police officers arrive on the scene, pro-lifers attempt to continue conversation with women or sit on the pavement praying quietly or singing hymns until they are placed under arrest.”1

According to Miller, these rescuers follow St. Teresa of Calcutta’s example and go into “the dark holes” where people are most in need of rescue.

But perhaps the most impressive thing about these groups of pro-life first responders is their devotion to teaching parents and local community leaders how to keep Planned Parenthood out of the classroom and away from places where they can poison the minds of young children. Jim Sedlak, founder of STOPP, states that Planned Parenthood markets the assumption that “young people will have intimate sexual relationships without being married and that these relationships are natural and contribute to maturing into a sexually healthy adult.”

He wisely points out that the Apostle Paul did not agree with this. Paul warned: “Avoid immorality. Every other sin a person commits is outside the body, but the immoral person sins against his own body” (1 Corinthians 6:18). Paul described sexual sins as among the worst kind.

So, what are Christians to do? First and foremost, we must not abdicate our God-given role as parents. We cannot abandon our children to the wolves.

But we can build our children’s faith and trust in God by making sure they go to church on a weekly basis. Back in the 1990s, Planned Parenthood commissioned a survey to determine the biggest predictor of a teenager not experiencing a surprise pregnancy. PP wanted the results to show that the answer was sex education in school. If that had been the answer, PP would have used that information to really ramp up its push for universal sex ed. According to reports published at the time, however, the answer to the survey was weekly church attendance!

Planned Parenthood immediately put a lid on the results, but this survey showed what is truly important for our children.

So, whether we are helping parents and teachers introduce children to the Godly principles that are the foundation of a culture of life, rescuing preborn babies from the clutches of the culture of death, exposing the tactics of abortion profiteers like Planned Parenthood, or doing the most important work of all—praying for the babies and their mothers—all of us are first responders. We are always on the front lines. We are forever working to stop the evil of the culture of death, and we are always entrusting our work to the Lord and trusting in His power to gain the victory we seek.

During my years of public speaking, I must have told thousands of people across our nation and around the world that the pro-life movement—the first responders in the war against innocent human beings—is comprised of spokes in a wheel and that God is the center of that wheel. It is around Him, His laws, and His word that we take our inspiration, find our courage, and persist in our work to heal our broken world.

At American Life League, we embrace the vision of a world in which every human being is treated with respect, dignity, and love from the moment God creates him until his death. We strive to serve God by helping to build a just society in which the common good is preserved by leaving no innocent human being behind regardless of age, health, or condition of dependency.

Our motto could well be that we recognize every pro-life person as an EPIC HERO, someone dedicated to educating, protecting, inspiring, and caring for the least of these—our brothers and sisters in Christ.

So, the next time you consider how much we as Americans appreciate the first responders who have saved so many from dying during this coronavirus pandemic, please also say a prayer of thanks for our fellow pro-life first responders. The COVID-19 pandemic will end, but we pro-life first responders are striving for an end to the far more deadly epidemic of killing that is spawned by the toxic infection that the culture of death has injected into our nation’s laws and attitudes.

We will persevere and please God. We will be victorious.