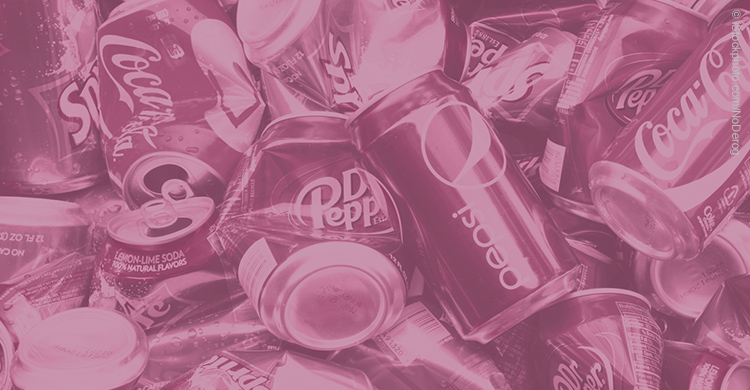 I have a good friend who collects cans. Her name is Shirley. Shirley shuffles around the neighborhood dressed in her tan baseball cap, black jacket, and pink sweatpants looking for treasures to fill her plastic grocery bags. Although she has a developmental disability, and thus a somewhat limited vocabulary, Shirley is not lacking in social skills. She is a very nice person, and has many buddies in the area.

I first met Shirley shortly after moving to town. We hit it off right away, and indeed have several things in common. One of them is walking alleys. While Shirley is looking for cans to sell to the recycler, I am searching for things to write about. We usually meet once or twice a month on our journeys of discovery, and always have time for a little chat.

When I asked Shirley what her name was, she tried to tell me, but had trouble with the pronunciation. So, she pulled out her pen and notebook and spelled her name for me in large capital letters: “S-H-I-R.” Then, when she came to the end of the page and ran out of space, she shifted gears and headed down the right margin to write in much smaller letters: “l-e-y.”

Now, Shirley’s voice may be slow and slurred and sometimes difficult to understand, but her eyes are straight and honest, her smile pure and bright, and her spirit still intact, despite her limitations. Her speech pattern is a partly sorrowful, partly hopeful, partly comical mixture of Minnie Pearl and John Wayne in slow motion, and our conversations are always conducted at roughly one-half the speed of a typical conversation.

While making her weekly rounds, Shirley greets everyone she meets with a cheerful “Helloooo,” and leaves them with a melodic “Bye-bye.” She talks with older folks and younger folks alike. She communicates with the little kids as well as the cats and dogs. Even the dogs that bark at her repeatedly receive a warmhearted “Hi puppeeee” from Shirley. Shirley is a living angel.

Neighbors tell me that “the can lady” used to stay with her parents until they both died a few years back. Shirley then moved in with her brother on 8th Street. She cannot hold a regular job, so she collects cans and sells them for “cash money.” Several days a week, Shirley walks the streets, avenues, and alleyways in pursuit of aluminum. And she does pretty good at it, too, mainly because so many people on the south side save their cans for Shirley to pick up once a week (she collects from my place every Monday morning at about 9 o’clock).

I have noticed that the local garbage men—big burly bearded guys who melt into cupcakes at the sight of a woman with a disability trying to make a couple of bucks— go through the trash and toss the empty cans on the ground for her. She knows their schedule, and vice versa. Shirley often follows them up and down the alleys on weekday mornings, talking in a lilting, slow-motion singsong sort of voice.

The people in the area are so kind to Shirley that she occasionally has trouble carrying all the cans home! I have seen her trying to coordinate holding onto six or seven yellow and white plastic bags bulging with aluminum gold as she makes her way along the sidewalk.

Shirley likes to sort and count the cans she acquires and then write down the results in her notebook. One day, by the old grade school, she said to me, “You had 25 beer cans and 4 pop cans last week.” I told her, “Well, just don’t tell anybody about the pop cans.” Her face lit up like fireworks on the Fourth of July.

Shirley not only provides a necessary service as the neighborhood aluminum recycler, but she also gives, receives, and appreciates the simple things, the human things, the heavenly things of this world. Things like conversation and humor, good health and fine weather, warm sunshine on a cold morning and cool shade on a hot afternoon. Gifts being passed from one hand, one voice, one pair of eyes to another. The stuff that makes life worth living.

One can at a time

However, not everyone on Shirley’s route is so pleasant. One time, with a painful expression on her hopelessly innocent face, she told me about a mean older man named Bobby who yelled at her for getting into his trash, and even called her “bad words.”

I tried to comfort her by saying, “Well, there are some bad people in this world, but most folks are pretty good. He probably can’t help it.”

Then, just recently, she informed me that “Bobby won’t bother me no more.” When I asked her why, she replied, “He die.”

As she slowly spoke these two short words, her voice cracked and changed from joyful relief to inward sorrow as she—and I— suddenly realized that the mean older man had died and left this world forever without ever learning how to be nice to people.

The heartbreaking way in which she related this story made me see that Shirley is very much an innocent child inside. Indeed, sometimes while talking with her, I get the distinct feeling that I also am still somewhat of a child, and it is not necessarily coming down to her level, but rather, perhaps, a reawakening within me of the real essence of living well, namely, one morning, one moment, one alley, and one aluminum can at a time.

Curt Melliger’s work has appeared in numerous publications, including Catholic Digest, Chicken Soup for the Soul, Alaska, New Mexico, and Oregon Coast. His new book Heaven Here on Earth is due for release in September 2018 from Ozark Mountain Publishing. For more information, visit curtmelliger.com.