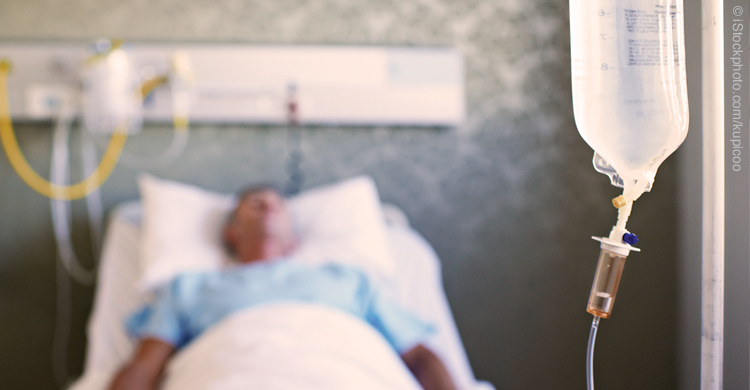 In December 1994, my husband, Hugh G. Ryan, Jr., was critically ill and in Ocala Regional Hospital. He had entered the hospital for heart surgery. The surgery had been performed, but mistakes were made which resulted in his suffering five episodes of stroke during surgery.

While strokes are always a danger in surgery of this kind, it is unusual that a patient would suffer five strokes before remedial action is taken. Hugh was in a deep coma for approximately three weeks, and after that, in and out of coma.

Less than 24 hours after the surgery, I was being urged to have Hugh removed from the ventilator to “let him go.” During this 24-hour period, one of the assisting surgeons asked me what I was waiting for, adding, “after all, your husband is 74 years old.”

At this point, I had not been told that my husband had experienced five strokes. I was only told that he had suffered “a stroke.” It took another doctor, the doctor of neurology assigned to the case, to explain to me that it was not a single stroke. This doctor, who was pro-life and thus against euthanasia, said, “I will have nothing to do with this — I do not practice that kind of medicine.” This was the only doctor in this team of five who did not recommend and urge euthanasia.

After three days of pushing euthanasia, and seeing my resistance, the medical team lost patience with me and turned Hugh’s case over to what was described as a “Critical Care Physician” on staff at Ocala Regional Hospital. I never saw any of the original surgery team again.

From the beginning, the lead surgeon would not agree to a conference with me and/or my family, and to this day, that surgeon has never met with us regarding this case. We have never even seen his face.

After some days, Hugh began breathing on his own, though still in a deep coma and receiving nutrition and hydration intravenously. This was the only manner in which he could be supplied life-sustaining sustenance.

For those first few days, I stayed at the hospital 24 hours a day. I was afraid to leave, not knowing what might happen if I left. At one point, the critical care doctor advised me to “go home and rest.” When I declined, he told me he could have me removed from the hospital — I was not told that he would, just that he could. By then, members of my family from out- of -state had arrived, and I was grateful to have my 6’2” brother by my side to suggest that removing me was not a good idea. That suggestion was never made again.

During this period, my faith in God sustained me, and I knew I could never enter into an agreement “to let him go.”

In addition to my faith, I had the strong support of family members who, without question, agreed with my decision. While they were against the thought of euthanasia, they also knew that, the night before surgery, my husband had said to me, “Please know that whatever happens now, you and you alone will call the shots.” That was Hugh’s way of saying that whatever I decided would have his support.

We later learned, through social workers who urged us to sue, that during that period this surgery team was performing 12 heart surgeries per day. In their opinion, this was the underlying cause for the bad surgery, and the reason hospital staff wanted my husband out of sight permanently. We did not sue, and for good reason, as the period for malpractice lawsuits was two years from the time of malpractice. At that point, my focus and time were better spent helping my husband regain some portion of a normal life.

The good news is that, after a combined total of nearly three months in hospital and rehab, Hugh came home. He was severely handicapped, but we had eight more very good years together.

When he came home from the hospital, Hugh was still unable to swallow or take food by mouth in the normal way. So he returned home with a stomach tube which was used to supply the needed food and water. After three months at home, he no longer needed the stomach tube. It was removed and the process reversed. The stomach tube was the same type as the stomach tube used with Terri Schindler Schiavo, and which was the basis for the justification of her being euthanized.

Let me tell you what those eight more years meant to us. Like many marriages, my husband had always protected and cared for me. Up to the time of Hugh’s health crisis, I had taken this for granted as my due. Now, in his last eight years, I had to protect and care for him. Never before had I been required to think about anyone but myself, so it was a learning experience for me—and a privilege.

The real blessing of those eight years came when we were received into the Catholic Church. We had both been very active in our Protestant church, as it was all we had ever known. But now we had “come home to Rome” and the pilgrim church. Hugh died on March 2, 2002, at home, peacefully and at peace, with our parish priest by his side.

Had these particular medical persons been given permission, Hugh’s life would have ended without the opportunity of conversion and the enlightenment that came with that conversion. Those eight years were the most important years of either of our lives.

Mabel Ryan is the president of Life Education Ministry, Inc., a 501(c)(3) nonprofit organization she established in 2003 in Ocala, Florida. She presents pro-life seminars and publishes a regular newsletter on pro-life legislative action. Mabel is a member of the American Life League Associate Program.