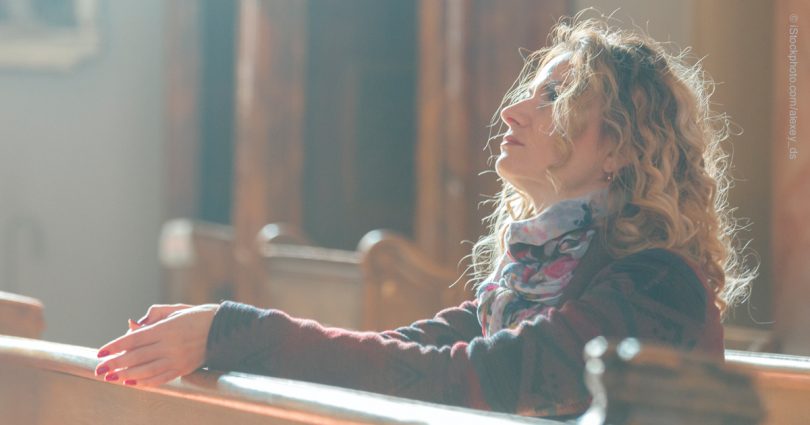 America will never resist abortion until America sees abortion. . . . The pro-life movement is not primarily a response to Roe v. Wade. It is a response to Jesus Christ. — Father Frank Pavone, national director, Priests for Life

If we are to condemn violence in the world, we must also condemn violence in the womb [and in laboratories]. Our differing opinions regarding abortion are wrought with misinformation, propaganda, ignorance, and flat-out untruths. From the very beginning, our understanding of the procedure of abortion, the necessity of this procedure, and the long-term effects of procuring abortion have been grossly misrepresented to the general public—especially women.

This is why it is imperative that Catholic Christians—especially those who believe that abortion in some instances should be acceptable—investigate the cold hard facts. This may take some of us where we do not wish to go, but I implore you to go forward, as an unwillingness to look at the reality has resulted in the acceptance of the culture of death. Under the guise of healthcare, we as a nation have permitted the annihilation of over 60 million Americans. If we are to ever be whole again, we must look into the face of evil and acknowledge our complacency. It is only then that we will be renewed in Christ.

Truth is not subjective

After discovering the truth about abortion, some of us will be overcome with guilt and shame. Maybe this is because we had an abortion or counseled another to have one. It is important to remember that when abortion was decriminalized in Roe v. Wade, we did not have the vast access to the truth through credible online sources that we do today. For decades, the public has been desensitized and lied to about the realities of abortion, and those pushing to keep it legal were cloaked in ignorance. So many women have been robbed of the precious gift of life. These women need our compassion and our love. Some may not realize that, by procuring an abortion, they may have altered their very being, and because this act is in direct opposition of God’s command—that every human being’s life is sacred—they must now somehow reconcile what they have done to who they are as a child of God. In some cases, as with any trauma, these women are able to bury the feelings, but subconsciously this is impossible, and at some point the trauma that has been inflicted upon these women will manifest itself in any number of ways: depression, anxiety, addictions, or other psychological problems. The damage is immeasurable, and abortion providers at the very least should warn those women who seek their services.

Through social media and the like, we continue to be sedated from the truth. Our senseless minds have become darkened. The cries of the preborn are drowned out by shouts of “My body, my choice!” or the claim that “Women’s reproductive rights are under attack.” In reality, what is really under attack is our dignity as women. To the power-hungry elites, women are nothing more than a vast voting block that serves to solidify their power in government and the world. Our bodies and our babies are a substantial leveraging tool for those who are drunk with power. We speak of a nation divided, but we fail to recognize what power lies in women who are undivided. If women alone would come together on the side of life, we would be unstoppable. Do we know our dignity? Do we understand our value before God? God chose a woman to bring forth the Savior of the world. Our Blessed Mother Mary said, “Behold, I am the handmaid of the Lord. May it be done to me according to your word” (Luke 1:38). Mary humbled herself before God, despite any fears that may have loomed in her heart. As Christians, are we not called to do the same? Are we not called to trust in God in all circumstances, including an unplanned pregnancy? Jesus Christ, God made man, came forth through the womb of a woman. This truth alone speaks to the sacredness of the womb. And yet, we have allowed the whim of man to usurp the word of God and desecrate that which is holy. And we call it healthcare.

We can no longer remain neutral in this debate. As of 2017, there are approximately 70,412,021 registered Catholics in America alone. Can you even begin to fathom what our culture would look like today if we said “NO MORE” to abortion? As Catholics, we can make our voice heard over all of the propaganda and lies. We can be a movement unlike anything the world has seen, but it has to start with opening our eyes to the truth. We cannot look away any longer. The truth is out there, but are we willing to investigate? Are we willing to take responsibility for what we have done, for what we have allowed to be done to us, for what we have accepted blindly, and for what we have simply ignored?

If you are willing to acknowledge the truth, no matter how difficult, I challenge you to watch an abortion or look at the images of aborted children and then tell me that abortion is simply a medical procedure. Medical procedures are meant to save lives, not dismember them.

Prayer: God, give us the grace to say YES to life and NO to indifference. In Jesus’ name we pray. Amen!

Tanya Janoski is a freelance writer from Lititz, Pennsylvania. She is currently enrolled in the Formation Ministry of Spiritual Direction through the Diocese of Harrisburg and also volunteers as a third-grade catechist at St. James Catholic Church. Tanya continues to educate herself in the Catholic faith so that she may communicate to others the truth and beauty of the faith through her writing. Read her other works on her public blog entitled Tanya Lynn Devotionals at www.facebook.com/tanyalynndevotionals.